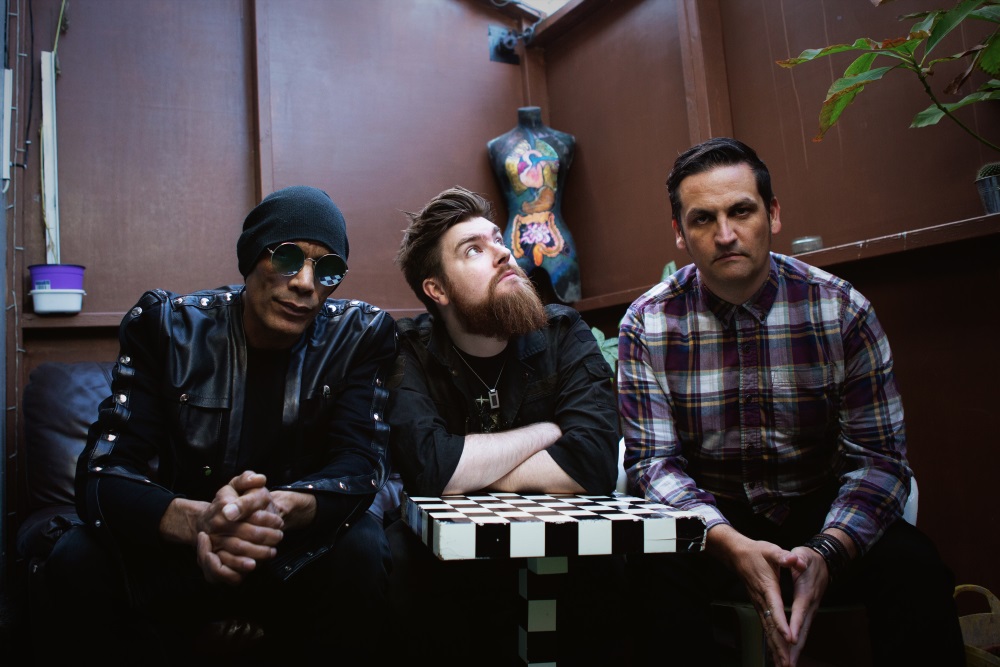 Rock trio Black Orchid Empire are about to drop their third album Semaphore, a complex blend of ferocious grooves and savagely beautiful melodies. The band have already made a reputation for themselves having toured Europe and the UK extensively and played shows at Download, Camden Rocks and more. With Semaphore the band hone a politically charged and emotionally vulnerable record that will probably leave you humming the songs to yourself afterwards.

The album begins with track ‘Emissaries’, an eerie but empowering introduction to the sci-fi themed album. The track lays the foundation for a conceptual, dark and epic discourse.

‘Singularity’ is explosive and energetic. Even though its musicality is a weaving of rich guitar sounds and minor notes, and this goes for the rest of the album too, it feels like an introduction to a dark, dystopian world when in reality the lyrics are likely inspired by present-day society. It is a strong introduction to the album.

The next track, ‘Natural Selection’ has an equally dark and sci-fi-esque message. It has a really nice rhythmic guitar section in the verses and shuffle beat on the drums. The chorus is one of the catchiest in the album with lead vocalist Paul Visser belting out “we are animals”, yet it is the most complex with its changing rhythms and time-signatures. When we get to the bridge the song turns minor – there is no shortage of musical complexities here.

Track number four, ‘Motorcade’ sounds like the band is bringing to attention the failing governmental and institutional systems of western society, which is especially relevant to listeners now. The song features the powerful lyrics: “no one knows the truth like the victims. Only the hangman will remain”.

Black Orchid Empire do not hold back their passion and anger either with tracks like ‘Red Waves’, ‘Dust’ and ‘Faces’ which each sound like storms of emotion. However, track ‘Heliopause’ is the calm amongst the storm. The band introduce a sense of escapism here and I am sure it is gladly embraced by the listener. But at the same time, the passionate and politically fired-up tracks on the album would not have as much of an impact without this pause. Similarly, ‘Winter Keeps Us Warm’ is a bit of a tempo change but is no less meaningful.

‘Evergreen’ has a stunning guitar pattern intro that reminds me of an Alter Bridge riff. The perfect backdrop for an action film and one of my favourite tracks on the album. Finally the album ends with ‘Crash’ and we pause again for the conclusion of the album, a devastating but suspenseful song that ties up all of the vulnerabilities and arguments posed in the album.

I think Black Orchid Empire have really challenged themselves by creating these complex rhythms, melodies and time signatures. Although at times this can feel chaotic, Semaphore is a strong, and politically and emotionally steered album.

Semaphore is out now via Long Branch Records / SPV and can be purchased here.