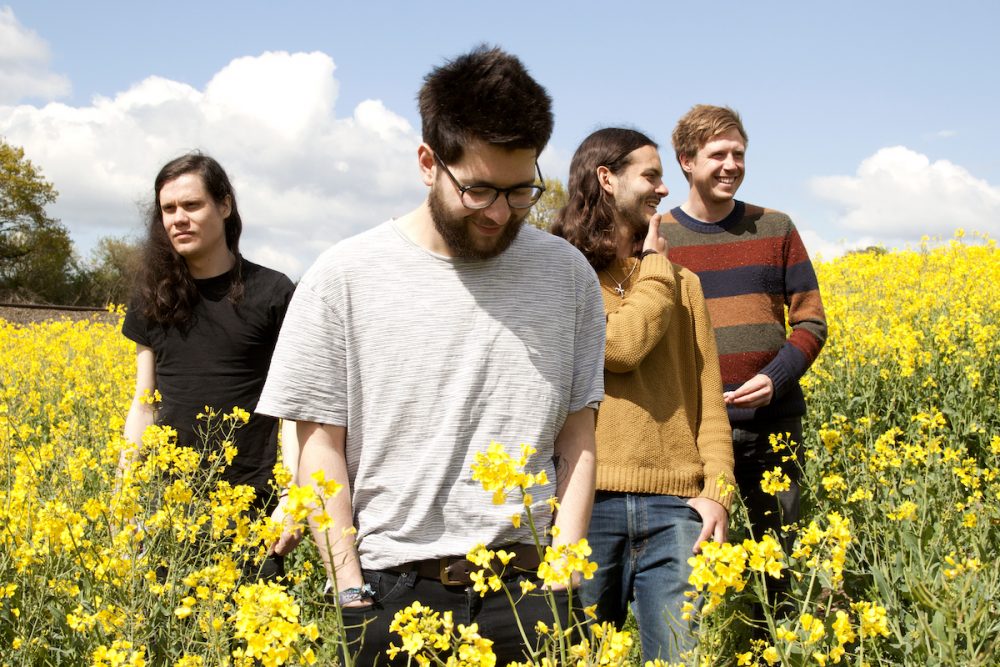 Following the success of their last EP Rosehill in 2017, Croydon-based four-piece band Bellevue Days release their debut album today entitled It Can’t Possibly Go Wrong Ever. In this musical endeavour, the band take alternative rock to a new level with thrashing guitars, gritty vocals and even grittier lyrics. Already, their 2015 banger ‘Ripped Jeans’ from their second EP Sad Boy was chosen by Zane Lowe as his World Record on Beats1, and I wouldn’t be surprised if the album’s singles ‘Shotgun’, ‘Freakin Out’ and ‘S.A.D.’ are nominated for more awards like this.

With intro track ‘Gentle Flowers’, the band promise a raw and honest album, ornamented with a melancholic undertone. With its rhythmic guitar and heart-beat drum pattern, this song feels like it’s building the listener up to something. In this track, as well as many others on the album, every heavy build is met with a stripped-down section that suggests a deeper and more introspective message. The next track ‘Shotgun’ is my favourite song on the album – a powerful, anthemic tune. The whole album, but the next song ‘Jouska’ especially, reminds me a lot of Neck Deep. I think it’s mostly vocalist Al Bakovi’s raspy voice but the softly distorted guitars in the verses of this song are also very Neck Deep-esque.

However, I found the most memorable track on the album to be ‘S.A.D.’. Bakovi hammers out the lyrics “I’ve got S.A.D. but no one ever takes it seriously”, the song battles with some very relevant issues about mental health. At first, with its grinding guitars and gut-punching drums, the song appears to be brooding and angry (and of course, they are perfectly within their right to be angry) but, once again, the slower, stripped back parts of the song introduce a more reflective element to the track, almost like a breathing section. The same can be said about ‘Dashboard Jesus’ and ‘The Joy of Living’ in particular.

‘Freakin Out’ begins with a slow, almost eerie guitar pattern. I love how this song builds with Baklovi chanting “I can’t sleep, I can’t breathe” and paired with the chugging distorted guitar behind it, it’s like they’re trying to make it feel claustrophobic. Again, a good representation of how many people wrestle with mental illness in this track.

By ending with ‘Lily’ a short and sweet song lasting just over a minute, the band draw back into their more introspective and mellow side, commenting abstractly on the negative effects that television and media can have on mental health.

With It Can’t Possibly Go Wrong Ever, I think Bellevue Days set their place strongly in alt-rock genre. This album reminds me of how much I love brooding alternative rock. The story it tells of depression, anxiety and the negative effects of media is extremely relevant right now, and it’s brilliant how upfront the band is about it all.

Catch Bellevue Days on their tour of the UK in February 2020!

It Can’t Possibly Go Wrong Ever is out now via SO-RAF Records and can be purchased here.