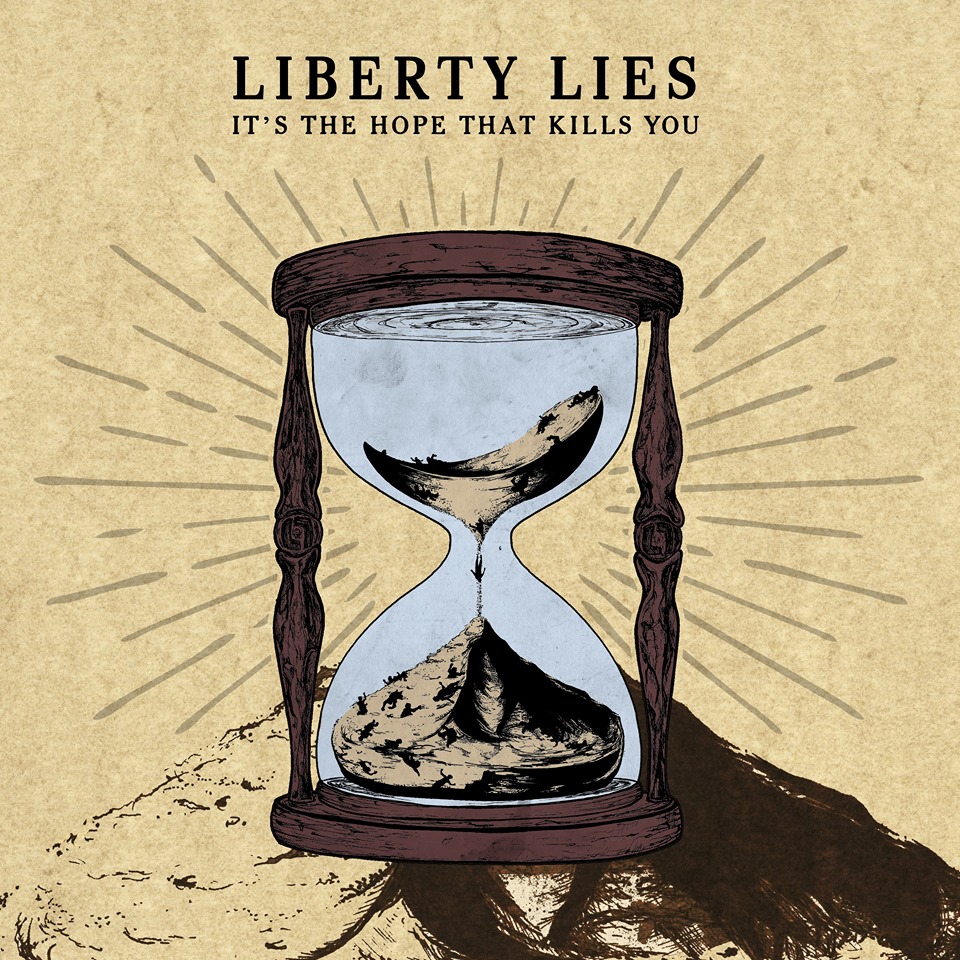 Making quite an impact on the music front at the moment, these four Black Country guys are about to unleash their latest offering. Impressive at the Steelhouse festival this year and winning at the Black Country Music Awards, proves this band are pretty special. They aren’t new to the industry by any means, they have already supported major players like Shinedown, Halestorm, Magnum and Rival Sons. With influences listed as Queens Of The Stone Age, Rage Against The Machine, The Eagles and Tool, what have they in store for us on this new album?

Laying down 12 tracks and 2 bonus ones for good measure, ‘It’s The Hope That Kills You’ is a mighty undertaking, the first track ‘United Nothing’ is no delicate beginning. In fact it’s bold as F**k and has relentless riff magic from Josh Pritchett, the vocals are powerful and the lyrics just glide above the grinding guitar, I want an extended live version already.

‘Four Walls’ has a more demanding start and takes us down to darker depths. Vocalist Shaun Richards, holds the slower pace perfectly and demonstrates why he is beginning to emerge as one of the best, in this particular bracket. Next up ‘Mouth Breathers’ is more heavy and menacing, sinister at first then breaks out with classy vocals on the chorus. ‘Different Tongues’ changes the direction again and we hear a softer melody. ‘Letters’ is the perfect ballad, that everyone will wish they had written when they hear it, so mature and again Shaun is outstanding. I love the more upbeat and raunchy ‘A Thousand People’ and I did spot myself on the video. It was filmed during the Steelhouse weekend when I had the pleasure of interviewing them, see below for another chance to watch it.

’The Day The World Is Done’ has funk/jazz elements and ‘Coming Home’ is more hardened with loads of instrumental inserts, Miles Bagshaw on bass contributing to make it a lot more powerful. Track 10 is ‘These Dark Days’ that rolls in with ‘Doors’ like tones. Nice change of tempo again and it has that West Coast laid-back feel. Back to grindcore on ‘Are You Listening’ the drums of Adam Stevens are a feature here. The last main number is ‘Align’ which is solemn and poignant and a quiet reflection, until near the end when it explodes and shatters the peace. The 2 bonus tracks are ‘Slower’ which is a lovely disturbance of a song, grungy guitar between Shaun’s melodic vocals, it certainly keeps you attentive and ’Blame’, a steady and rhythmic finish on the lines of QOTSA and Rival Sons.

Well, ‘It’s The Hope That Kills You’ is without doubt a bit of a masterpiece. I was a little concerned when learning there were 14 tracks in all, as longer albums tend to have songs that aren’t quite up to standard, but not on this album. Every one has been written with care and given ample attention, there are no fillers as they say. Got to be one of the albums of the year for me.

‘without doubt a bit of a masterpiece’

HIGHLIGHTS – United Nothing, A Thousand People, These Dark Days, Letters.

Available on most platforms , presale orders are being taken HERE.

There is also an album launch show on November 30th, check HERE for details