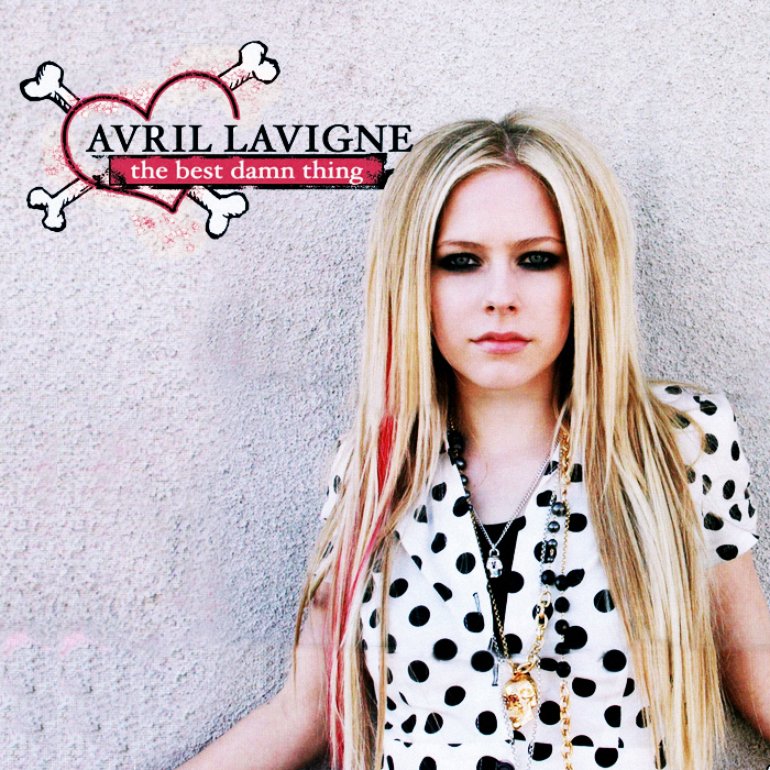 Given the fact that Lavigne has almost completely disappeared from the zeitgeist of popular music, I am becoming more nervous the further I get into this deep dive. I’m constantly expecting a baffling stylistic shift or a total loss of quality. The Best Damn Thing could quite easily be that album despite featuring Girlfriend- perhaps Lavigne’s biggest song- however, the proof, as they say, of the pudding is in the eating.

While there were punky moments of the previous Lavigne albums, TBDT really turns that dial up to ten. Most of the harder songs rattle along at a rapid pace, carrying some hooks that are catchy enough to start pandemics. Even despite One Of Those Girls continuing some of Lavigne’s more unfortunate lyrical habits when it comes to addressing other women, these songs are perfectly constructed, little pop punk bangers. I Can Do Better and I Don’t Have To Try being the stand outs in this area. Beyond just the punk side of the album, the ballads are, as always, absolutely incredible. Innocence is arguably the best song on the album, with its sublime chorus and perfect vocal performance. It’s just sincere enough to prevent it from being too cheesy, but not so overly sincere that it starts to become overly wet. If there’s one song that should be taken from this album as an all time classic, Innocence is it. Hot is another track worthy of praise. It’s a towering piece of radio friendly hard rock, with a chorus ready to demolish buildings. In short, it’s the song Halestorm really wish they could have written. Girlfriend speaks for itself as an era defining anthem, but perhaps its real contribution to this album is less in its huge star power but its incorporation of cheerleader style chants. This crosses over into some of the punkier songs in a way I’ve not otherwise experienced, the title track is the most obvious example and it really expands the pallet of an otherwise straight forward pop punk song.

The production on The Best Damn Thing is a bit of a mixed bag. All the ballads are superbly produced, and I Don’t Have To Try has a perfectly scuzzy guitar tone that really support Lavigne’s surprisingly well delivered harsh vocals. The place where the production falls down is often in the drum sounds. Girlfriend is the prime example. The drums here sound flat and muted, with little impact; this saps some of the energy from the song and proves to be an issue with any song produced by the same team. Other than this there are relatively few criticisms that can be aimed at the album, like the lyric “I will drink as much limoncello as I can” not scanning properly. And, while I typically avoid criticising bonus tracks, I couldn’t possibly get through this review without talking about the Lil’ Mama remix of Girlfriend, which is incredibly irritating and ruins an otherwise excellent song.

It’s a shame that The Best Damn Thing seems to be destined to be remembered as the album with Girlfriend on it, but there are plenty of songs here that are far superior and deserve a revisit. While Lavigne has not expanded the rather straightforward approach to song writing she has displayed so far, the stylistic shift to punkier terrains more than justifies its existence. As long as Lavigne et al. continue to deliver simple, poppy songs like this then I could happily listen to another five albums of this quality.

Songs I’d love to see live: Innocence, I Don’t Have To Try, Hot

Avril Lavigne will tour the UK in April, more details can be found here.