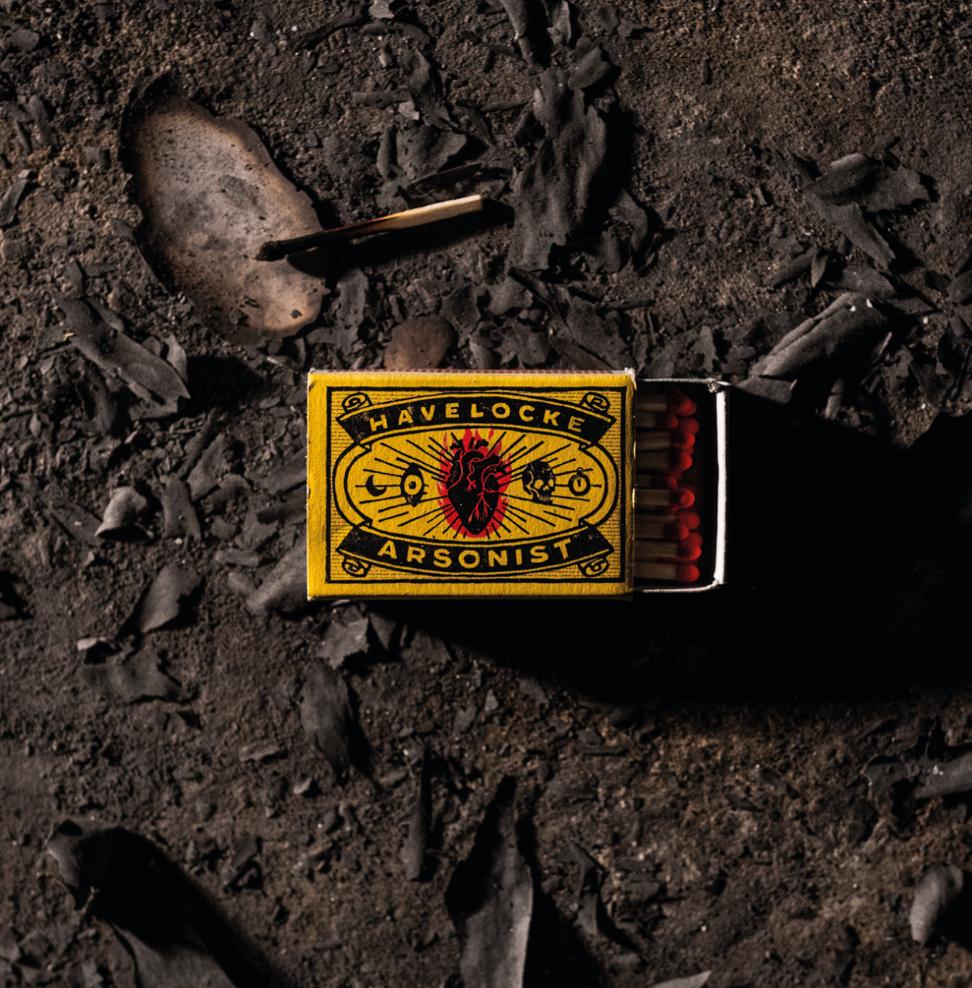 Self-confessed Emo-Punks Havelocke have promised to bring back Emocore and meld it with post-hardcore riffs in their new EP ‘Arsonist’. The 4 piece group have thrown themselves into 2021, ready to revive the 2000s emo kid in us all with this 5 track ensemble, following on from their 2019 EP ‘This is Havelocke’ with a similar strong sound.

Havelocke truly wear their influences on their sleeves, as strong ties to My Chemical Romance can be heard throughout, creating a strong sense of familiarity from the get-go and further cementing their ties with the early 21st-century emo genre.

From the opening chugging bars of ‘After Dark’ paired with vocalist Owen Cousins’ first words “There’s no way out, trapped in a cage inside your head”, this EP oozes vampiric vibes and post-apocalyptic stylings. They show off their effortless vocals, blistering guitars, and energetic drums from the opening few bars with a strong re-playable tune.

Second track ‘Vampire Eyes’ couldn’t be more My Chemical Romance inspired even if Gerard Way himself wrote it, Cousins’ vocal performance is impeccable and with the reinforcement from the instrumentals, it’s a strong track.  This song may have the strongest of comparisons, but it left me hopeful that we maybe get a stronger glimpse of Havelocke in the remaining tracks.

Tracks ‘The Arsonist’ and ‘100 Seconds’ are used very much to display the contrast and flexibility in their music, jumping from slow heavy vocals, to gentle riffs, to fast heavy guitar work. They manage to control it for the most part and show the different sides to their sound but at times it can feel a little rough and the sudden changes can strip the energy from what could be some strong tracks.

Final track ‘When We Go’, whose music video was released recently, delves into a story of despair focusing on an inability to take positive steps and instead accepting the struggles of the ‘hell we have been subject to for so long’. It’s definitely the strongest track on the EP showing their post-apocalyptic flare and gives a true sense of their individuality and sound.

A small touch I must commend is the choice to make each song link to one another, be it through an obvious continuation from the end of one song to the beginning of the next or finding the name of a song in the lyrics of another. It brings the album together, shows cohesion, and displays the deep thought process behind this album.

While the group certainly shows promise like many newer bands they still need time to find their own sound and flare. While they achieve their goal of proving that emo isn’t dead, their influences may be taking over their sound to the point where we lose Havelocke. They effortlessly keep the energy high and have crafted some catchy re-playable songs, I look forward to seeing where they take emo-core next.

‘Arsonist’ will be released on 13th April through Silent Cult Records and is available for pre-order here.

“They effortlessly keep the energy high and have crafted some catchy re-playable songs, I look forward to seeing where they take emo-core next.”