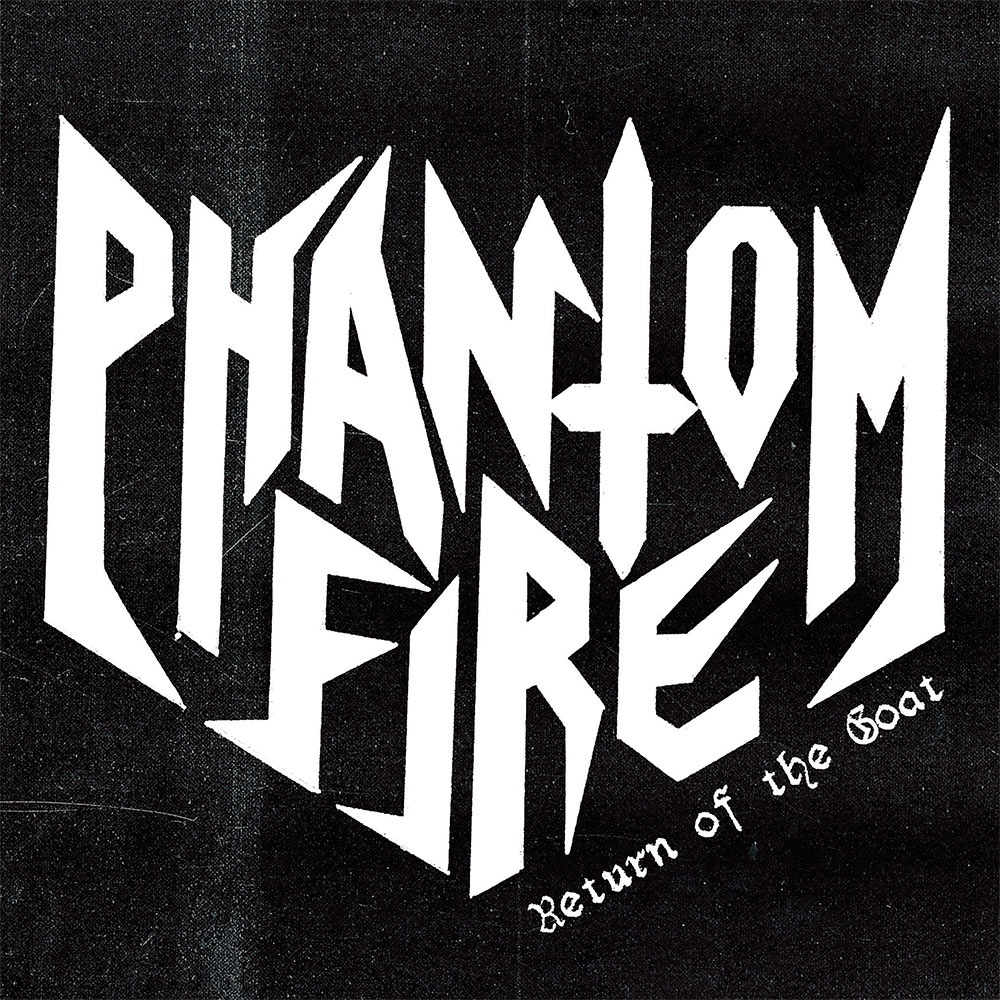 A good helping of blackened thrash or black ‘n’ roll never hurt anyone and with the likes of bands like Midnight rising in popularity we should hopefully see it rise even further. Today we will take a look at a debut offering from Bergen, Norway based band Phantom Fire with a blistering dynamic duo of tracks. This small offering acts as an appetiser for their upcoming full-length due out in September entitled ‘The Bust of Beelzebub’.

On opener ‘Return of the Goat’ we are immediately met with the familiar serration of black metal production and being as they are hailing from Bergen there is no surprise there. However, despite the production and sound, we don’t find traditional black metal song-writing but more along the lines of a Midnight style of blackened rock and roll that evokes Venom, Motorhead and even the Misfits on some occasions. What does stand out however is the vocals which are more aligned with black metal and have that echo drenched scream I’m sure we’re all familiar with. There are still certainly black metal elements here with some fiery tremolo picked riffs, but by no means is this a flat out black metal effort and it’s these blending of styles and cherry picked techniques that make this an incredibly fun track.

One major stand out part to both tracks, but more so on ‘Return of the Goat’, is the drumming. It has this powerful but bouncy rhythm that fills the track with the rock and roll energy it aims for and is another factor in separating it from leaning too far into black metal.

Moving onto the second track, ‘Mara’, we see some more of the black metal influences creeping in, particularly in the guitar work, but again the drumming helps keep the tone lifted and fun. Another blisteringly paced track but it does dip down in tempo ever so briefly a couple of times which adds a sprinkle of atmosphere and texture to the track; this may be a sign of that being built upon in the full-length later this year.

It is always a great sign when the bass guitar can be heard clearly in a heavy metal mix and it is a prevalent part of the band’s sound providing both the upbeat bounce that reinforces the drumming as well as some melodies dotted throughout the track too. A great use of all instruments really solidifies the rhythm and style which Phantom Fire are attempting to achieve.

‘Return of the Goat’ is a good first dip into what Phantom Fire have to offer on their take on the blackened rock and roll genre and if you are a fan of this style of music like me, we can expect great things to come from their full-length. It’ll be great to see them expand on some of the dynamic changes found in ‘Mara’ and the excellent riffing found in ‘Return of the Goat’ so until that time, pop these tracks in your rotation!

Highlight: ‘Return of the Goat’