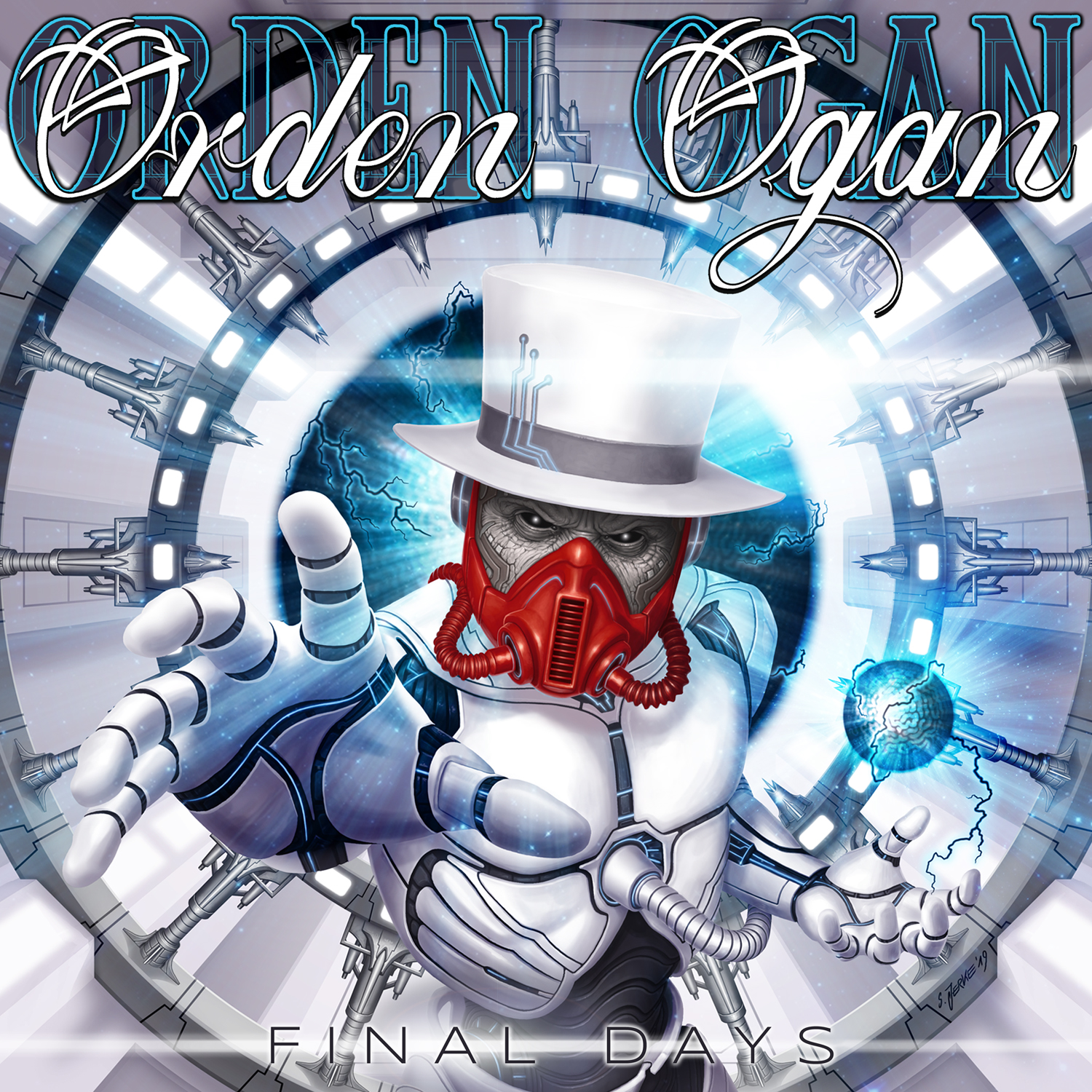 I should begin this review by saying I’m not much of a power metal connoisseur, but I do thoroughly enjoy what I have experienced so far, so without further ado, let us take a look at Orden Ogan’s ‘Final Days’.

After almost a year delay for their new record, German power metallers Orden Ogan have persevered and brought us ‘Final Days’ at last. Orden Ogan have refined their style of power metal into a blend of progressive tinged riffing, epic symphonic harmonies, grandiose choruses and a sprinkle of folk inspiration to cap it all off and they continue very much in the same fashion with their latest effort. However, we see them take a much more futuristic approach to their theme and sound this time around, compared to their folk metal themes of previous records. With this shift we not only see a new style and image, but also some changes to the music; mainly provided by the keyboards/synths and some digital effects here and there. While only subtle, these musical differences are applied at key moments in the tracks and clearly establishes the identity of the record without overdoing it and becoming cliché. Some great examples can be found in ‘In The Dawn of The AI’ and ‘Inferno’.

Power metal has always been an exciting experience in a live setting, usually down to the more detailed set designs and theatrical edge to the show. With this being said, you can tell Orden Ogan had this in mind and have crafted some great tracks specifically for this reason. In particular, single ‘Inferno’ stands out due to it’s singalong chorus and bouncing rhythms that is sure to get crowds involved and jumping. They also take it a step further on the following track ‘Let the Fire Rain’ which not only contains a powerful and uplifting chorus, but towards the end they layered a crowd harmonising with the guitar melody and really encourages live interaction. (Only a few more months to go fellow metal heads!)

‘Final Days’ includes a couple of guest spots (both current label mates on AFM Records), one to esteemed guitarist Gus G who provides some guitar work on track ‘Interstellar’ and another to Brothers of Metal’s Ylva Eriksson who performs some excellent vocals on the track ‘Alone in the Dark’. In fact, ‘Alone in the Dark’ is standout track on the album, it is more of a ballad style track and dramatically changes pace to the rest of album; it is an emotive experience driven by two great vocal performances of Ylva and “Seeb” the frontman of Orden Ogan.

Orden Ogan have delivered a solid bout of power metal and have evolved with a new theme of the future. It is great to see a band with quite a few albums under their belt still trying to experiment and shuffle things up a bit, not only in style but musically as well. Futuristic motifs and sounds, groovy and powerful rhythms as well as some dynamic vocal performances help to solidify Orden Ogan’s slice of power metal in ‘Final Days’ and is sure to please longtime fans of the band. Newcomers should also find this an excellent place to start as the catchy choruses and head-bang worthy riffs are sure to draw people’s attention – especially in the live setting. With the majority of their touring dates pushed back until early 2022, including a London date, it may be some time before we can catch them, but it will be well worth the wait!