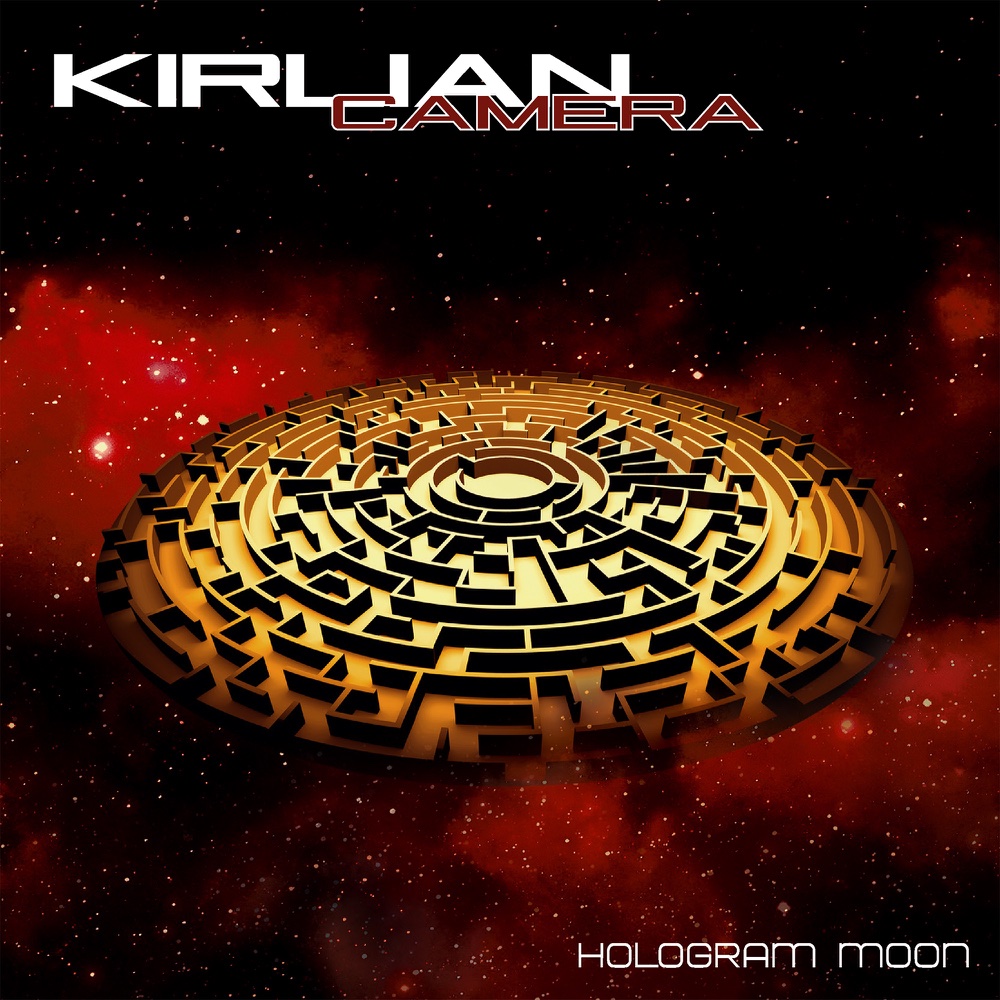 Named after the aura effect displayed when a subject has a high voltage briefly applied against photographic film, Kirlian Camera have been around for much longer than I realised, and can be traced back to beginnings in 1979. If my counting is right, this is around about album number 17 from this Italian act and it is quite a mystery as to why my familiarity with them is not great. This lack of familiarity on my part is now corrected as I have assimilated their newest opus ‘Hologram Moon’ and I am now ready to share my thoughts with you, dear reader.

‘Hologram Moon’ is the first album from Kirlian Camera in 5 years and is released through Dependent Records on various CD and vinyl formats.The album title refers to a conspiracy theory that our moon is an elaborate hologram intended to disguise a lurking threat to mankind. This all sounds rather ominous, whereas the album is a generally lush and uplifting affair as dark electro music goes. They fired a shot across the bows at the end of last year with the ‘Sky Collapse’ single featuring the vocals of Eskil from Covenant, a track full of energy and EBM goodness sounding not unlike Eskil’s main troupe. Those thinking that the album would follow in a similar style will encounter much more as this is a mature album embracing a variety of dynamics and styles over its 12 track course.

Also likely to be popular in the clubs are ‘Polar -IHS’ which has a wickedly effective lead hook and a rousing vocal performance from vocalist Elena Alice Fossi, ‘Kyrostar’ which has a high tempo and uses all the tricks in the synthpop and EBM book to create a thrilling track, and ‘The Eyes of the Moon’.

Elsewhere though, there are more introspective works, rousing in their own right. The opening ‘Holograms’ introduces this aspect of the bands sound nicely, with lush string pads, a symphonic touch and a strong pop sensibility. ‘The Storm’ lowers the tempo still with one of the albums moodier moments, though even here Fossi’s angelic voice still lifted me up with a wonderful delivery.

Further variety is added with a male vocal taking centre stage for ‘I Don’t Sing’ plus the addition of some instrumental interludes that show a deft touch at layering atmospheric sounds and creating moods. I suspect that Kirlian Camera would compose a mean film score.

To surmise, while I am not in a position to compare this to previous works by the band in terms of evolution or otherwise, I can recommend the album on its own merits to any lover of dark electronic music. ‘Hologram Moon’ is a journey that takes in varied sonic vistas, albeit with a common thread both aesthetically and conceptually. There are lush orchestral sounding moments, tracks that lean towards the dancefloor and tracks also that have a stronger pop sensibility. Repeated listens reveal a depth that will certainly have me returning to the moon for additional listens.