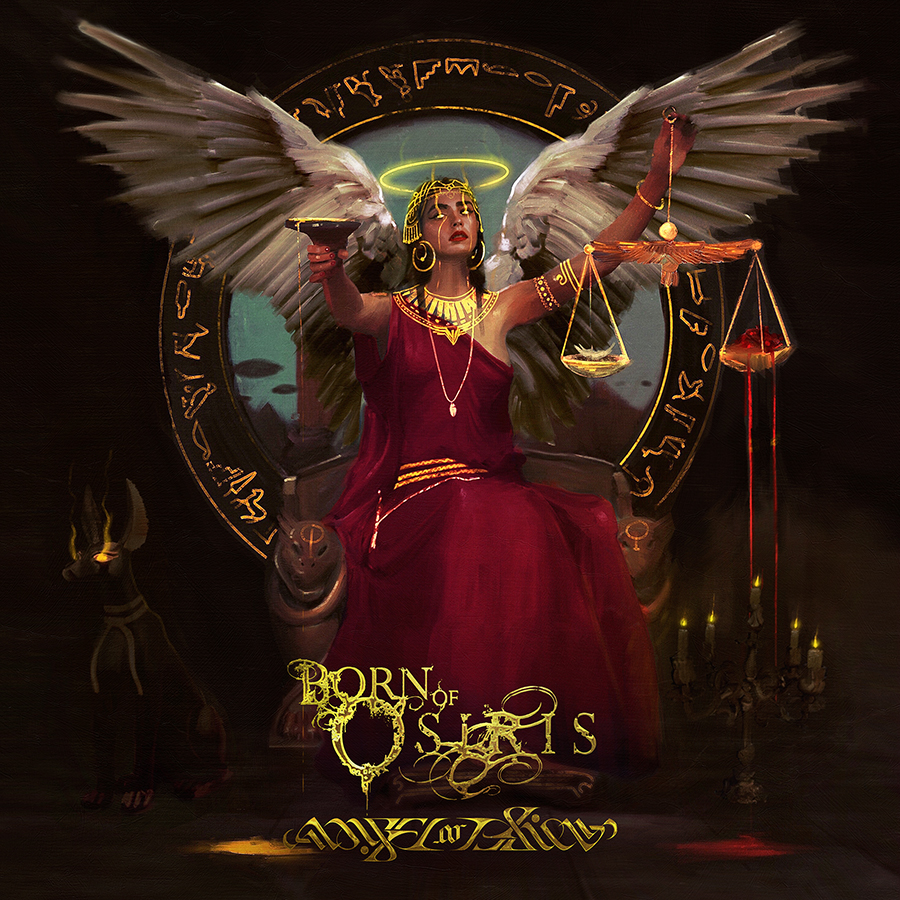 Born Of Osiris are back baby! And like’em or not, they’ve come with some bangers in tow.

Angel Or Alien gives us a good time while holding nothing back in the band’s synth-heavy style, We listened to the album before release and decided to take some time to ponder on whether it’s one of BoO’s strongest yet.

Osiris has always released solid hits, at this point the band is a conveyer belt of bangers, their 2009 debut album ‘A Higher Place’ practically created the prog-metalcore genre, the band is the king of prog-metalcore and with this new drop, are keeping the crown.

Angel or Alien comes in with a new revitalized sound that sends us back to the olden days Osiris, back when they had something to prove and wanted to stand out from a very diluted 2009 metal crowed.

One of the things that Angel Or Alien does so well Is create a sense of urgency between the tracks, they’re fast and they’re hard, and they’re holding nothing back in the tracks, and that can definitely be heard, it’s classic Osiris and honestly I hope it’s here to stay.

Poster child is the intro song to the album, and as such it has a lot to set us up for.

The track starts off with this Synth-heavy intro that leads into the chugga body of the track that gives off a ‘As I Lay Dying: Redefined’ vibe. The Synth is good to hear, honestly, it’s an instrument that complements the heavy riffs nicely and I’m down to hear more of it.

White Nile is a great track on the album, It comes in with this Egypt-esque synth and then the beat and lyrics kick in “Careful now” is a pretty accurate opener for the song as you’ll probably break your neck thrashing it to the rhythmic beat. P.s. at 2:25 there is a vibrato scream that hits just right, if anyone can suggest how to do that, that would be just great.

The breakdown for White Nile is probably its strongest point it’s not a complicated riff, but it hits just perfect, pretty much all the way through the track I was punching floors.

The titular track of the album is obviously what everyone is here to hear. Angel Or Alien is a solid tune, it’s got a great progressive intro that is just the right length, and the drop into the main beat is unique in the way that it uses the synth to back it up.

The whole album follows a pattern of metal backed up by synth, and this song shows it the best. Angel Or Alien gives us a great mix of synth and metal, working together in a great way that I think only Osiris could produce.

I wouldn’t normally give props to a synth, but the synth on this album is pretty damn technical, the up and down progression is great to listen to and gives the song a great level of constant in an otherwise wild track.

The who album is a solid 55 minutes which like more Osiris albums is a pretty intense listen, but it’s definitely worth a go, from its straight edge Metalcore hit Poster Child to the semi-atmospheric metalcore drop Shadowmourne the whole album is pure Born of Osiris, and in that respect, a guaranteed hit.

You can buy Angel Alien through the band’s website here

I wouldn’t normally give props to a synth, but the synth on this album is pretty damn technical, the up and down progression is great to listen to and gives the song a great level of constant in an otherwise wild track.