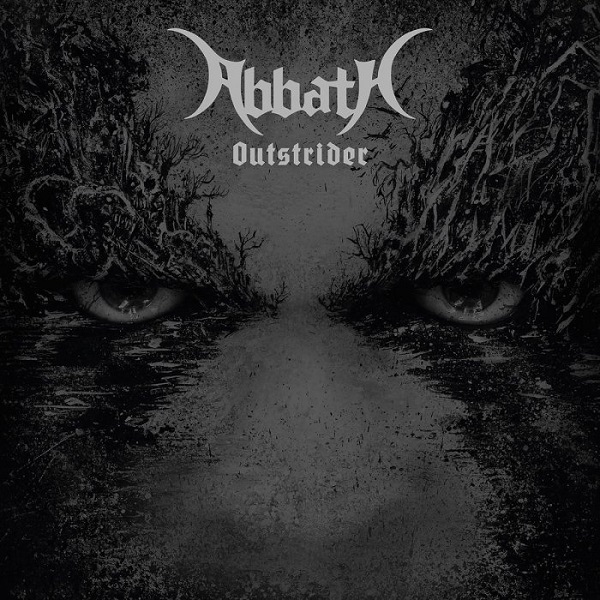 Even before his less than harmonious exit from Immortal, we had seen what Abbath had to offer outside the constraints of the black metal legends he’d fronted since their inception. The extreme metal icon led I’s 2006 record Between Two Worlds, which exhibited a blackened heavy metal sound, a direction he appears to veering in once again with Outstrider, the second album he’s issuing under his chosen stage moniker.

There will be inevitable comparisons with Immortal’s splendid Northern Chaos Gods (our review here), and whilst that album exploded right out of the gates, Outstrider takes its time to find its feet. The opening duo of “Calm in Ire” and “Bridge of Spasms” threaten to take flight but never lift off, both staying grounded in a mid paced march that occasionally breaks into a conservative sprint. Not bad, you feel they really have a little more to give. Suitably warmed up, Outstrider then truly comes to life with “The Artifex”, which shows the sort of palpable energy and dynamics the prior two tracks were missing. “Harvest Pyre” ups the ante further, with a grander sense of scale and wonderful melodic overtures, whilst the title track overlays acoustic pluckings and a chugging surge with cutting, ice cold riff work. These three songs stand head and shoulders above the rest of the album, where you’ll find good ideas sprinkled atop a substantial amount of padding that is borderline forgettable.

One of the most surprising aspects of Outstrider is Abbath’s decision to change his vocal approach. Having utilised a distinctive croak for the duration of his career, he’s opted to shed it in favour of a more generic black metal rasp. He commands the latter with the sort of composure you’d expect from a genre veteran, and it suits the music to a tee, but, whilst you can just about tell it’s the man himself, it lacks that unique trademark that makes Abbath… well… Abbath.

Outstrider is a perfectly listenable effort that does well to mix black metal with traditional heavy metal. It’s simplistic approach, combined with a production that glazes the caustic riffs with frost, accentuates the well crafted leads and gives the rhythm section a strong pulse, allows the music to maximise its impact. This makes some of the lesser moments better than they really have any right to be, and the spectacular ones even greater. Too often though, the music merely happens, going in one ear and out the other with no consequence; enjoyable but simply not sticking once it’s over. It’s not an album to write off, but whatever fix you’re after, be it black, traditional or a mix of the two, you’re likely to get higher quality elsewhere.

Outstrider is available now via Season of Mist, and can be purchased here.