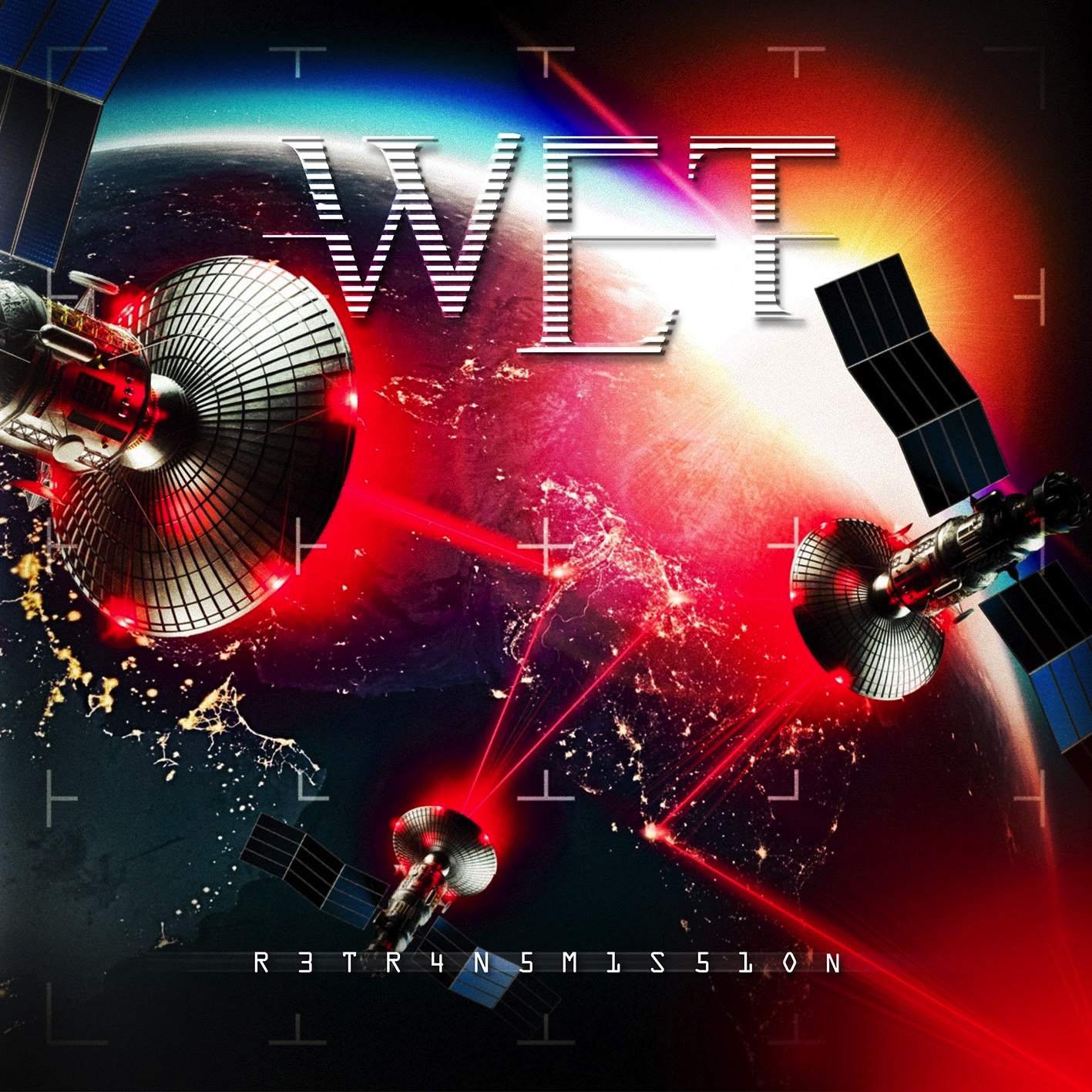 Jeff Scott Soto adds class to every band he’s involved with and W.E.T. is no exception. A vocalist to be admired whatever type of music you listen to. This collaboration of Swedish/US musicians release a fourth studio album on January 22nd, called ‘Retransmission’, a follow up to ‘Earthrage’ from 2018. However, the W.E.T. project began back in 2008, when they were asked to offer up ideas by Frontiers Records. Taking the first letters of the 3 main bands to form the title, (Work Of Art, Eclipse & Talisman), their self titled debut was eventually out the next year. But it wasn’t until 2013 with ‘Rise Up’ that the band began to write as a more combined outfit.

‘Big Boys Don’t Cry’ is full of all the harmonies and melody you come to expect from W.E.T. This opener allows the guitars to shine and the rhythm section provide a decent base. ‘The Moment of Truth’ is slightly more delicate, but still flows with easy, laid back attitude. More keyboards feature before another piece of rapid fret playing. What is it with Swedes and fast, impressive guitar, it must be in their genes somewhere. ‘The Call Of The Wild’ has more lyrics and encompasses a harder feel. There are stunning wind blown chords and it’s simply an adhering AOR rock song.

When we reach ‘Got To Be About Love’ the album is more decisive, a slower increase in pressure makes this a defining change from the previous tracks. Fantastic singalong chorus that’s packed with Jeff’s incredible vocals. Again it breaks with some screaming guitar, before the chorus is quickly back and takes us out on happy vibes. W.E.T. raise the bar with ’Beautiful Game’ and I think the album is beginning to get into a higher gear. This number has pace, a magnificent bridge and is enough to charm away your sorrows. Fabulous feel about it and then along comes ’How Far To Babylon’. From the initial bars, you can tell this is going to be an epic song. A stomping beat manages to keep up with Soto and the result is marvellous, the guitars and keyboards fit in perfectly and the drums of Robban Bäck can be heard so clearly on this one.

Track 7 of the 11 is ‘Coming Home’ and we return to the full-on harmonies. I’m sure I hear a bit of cowbell, which also adds richness to the classic tones. ‘What Are You Waiting For’ is a decent ballad, Soto is in his element, giving us a full example of his range, effortless and as faultless as ever, he’s in total control. Again it drifts out with gliding wafts of guitar, that are symbolic of W.E.T. ‘You Better Believe It’ and ‘How Do I Know’ sound commercially pliable, jolting but firm and having tremendous backing vocals and ear bending melodies. The finale is ‘One Final Kiss’ and while there’s little that makes it unique, it’s an up-beat ending to ‘Retransmission’.

To be honest, I had to listen to ‘Retransmission’ a couple of times, before it made any impression on me. Apart from ‘Got To Be About love’, ‘Beautiful Game’ and ‘How Far To Babylon’, which alone, would persuade me to buy the album, the pattern is a little repetitive and over polished. Although JSS is always a pleasure to listen to, I found the majority of the songs a bit disappointing. I went back and listened to ‘Rise Up’ and the live album ‘One Live In Stockholm’ from 2014, which for me were more dynamic and unpredictable. Don’t get me wrong though, I’m sure if you’re a devoted and diehard AOR, W.E.T. or JSS fan, you’ll love it.

‘Soto is in his element, giving us a full example of his range, effortless and as faultless as ever’

Highlights – Got To Be About Love, Beautiful Game, How Far To Babylon

Big Boys Don’t Cry, The Moment Of Truth, The Call Of The Wild, Got To Be About Love, Beautiful Game, How Far To Babylon, Coming Home, What Are You Waiting For, You Better Believe It, How Do I Know, One Final Kiss

Retransmission is available on all the usual platforms including CD and Vinyl,  HERE