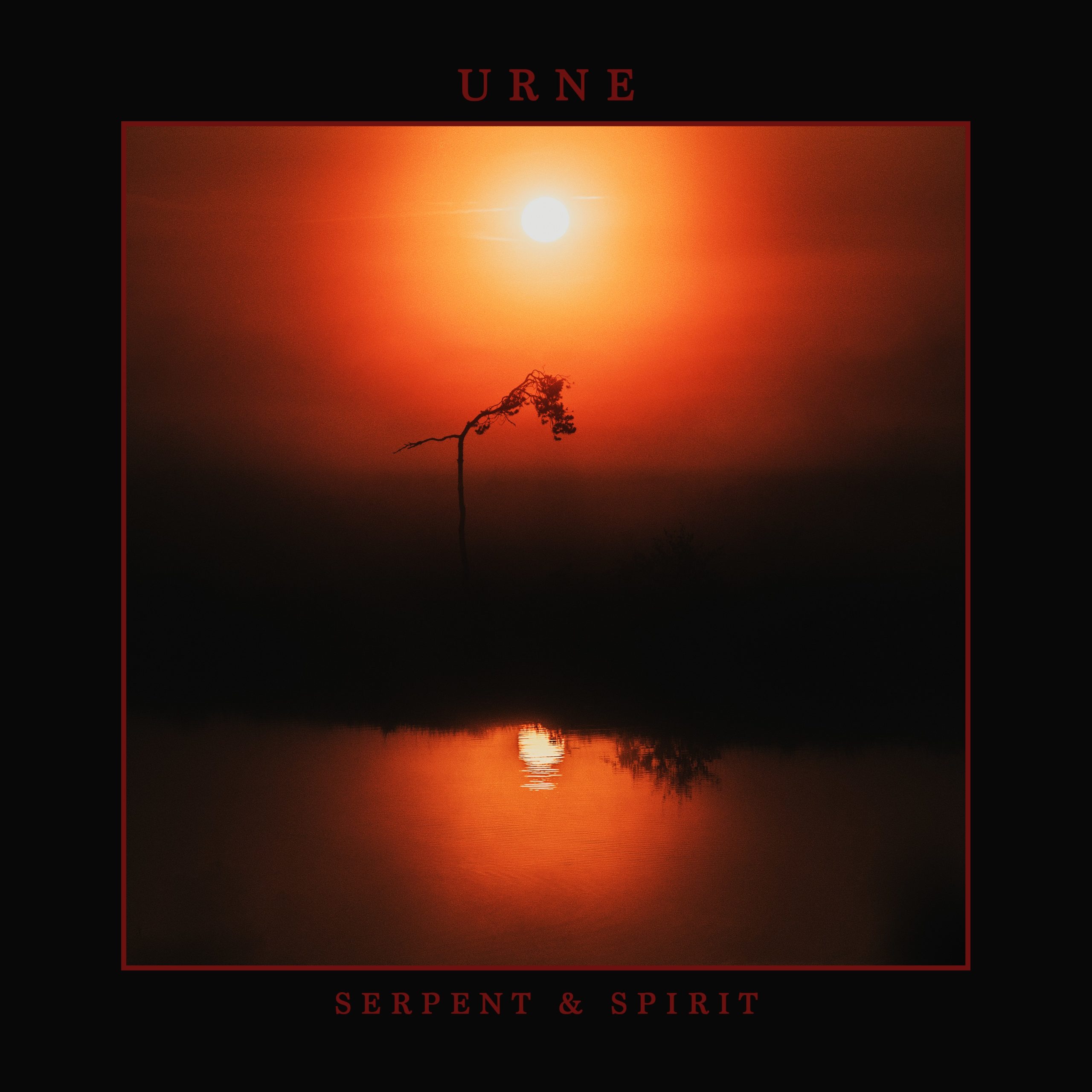 One of the most wonderful things about recent Trivium albums is how much they clearly love heavy metal. You can find elements of thrash, trad metal, black metal, power metal, melodeath and metalcore in their current sound. For metal aficionados, this can create a sense of sheer bliss and is almost as much fun as it sounds like Matt Heafy and Co. are having. It’s a celebration of what makes heavy music great and it’s impossible to resist.

On Serpent & Spirit, Urne create a similar feeling, though with a slightly more contemporary pallet in places. Trad metal leads open the album on the title track, adding doomy riffing beneath them, before slamming into a mid-tempo crossover style riff, with roared vocals to match. This bursts into one of my favourite things in all of music: a big, thuggish hardcore riff. Just as you begin to suspect that this is all the song has in offer- it must be, after all how many styles can you do this well?- an expansive melodic chorus I wouldn’t be surprised to hear in a post hardcore song glides its way in. The second loop through we break into a post-black metal space, as the band allows the atmosphere to swirl around you, it patiently builds, letting the rhythm section add flare, until clean vocals erupt at the perfect moment to add further colour, before things crash again with harsher vocals come in, pulling us into a more straight forward black metal direction. Somehow this expands again to a melodeath style section before we come back to the doomy, trad metal terrain of the intro. This is sublime song writing, the nine-minute run time feeling less than a quarter the length. How dare the opening track on a debut album be this good?

It’s not just the opener that manages to be so ridiculously brilliant. Every other track goes through so many different sections you never quite know what’s coming around the corner, it’s frankly thrilling. Mastodon style prog-sludge shows up here and there, along with some post metal and flashes of tech-thrash virtuosity. The whole album is a good sampler for someone new to heavy music to listen to with a friend with more experience. Point out a section you particularly love and your friend should be able to recommend bands who do a similar thing. If you’re worried that the band might get a bit monotonous when they go into expansive terrains, Urne know exactly when to either slap you in the face with a riff- like on The Palace Of Devils & Wolves- or push themselves out even further to breath taking effect, as on Desolate Heart. There never feels like a wasted moment and nor do I worry that it’s too chaotic for some listeners, it’s clearly well thought out and constructed in a logical fashion. Nothing ever gets jarring.

Urne have even accomplished the herculean task of writing an enjoyable instrumental track with Memorial. Often instrumentals get bogged down in meaningless displays of technical ability, that satisfy no one but the most dedicated music nerds (beyond even my own level). What most miss is memorable, enjoyable riffs and solos that don’t feel like they exist solely to show off the musicians’ prowess. Memorial more than crosses this bar, with riffs and lines from solos that I can’t stop humming even now, as well as progressing the song in a meaningful way.

It seems only appropriate then, that following my praise of the instrumental track I voice my criticism of the vocals. This is my only key criticism of the album. The melodic vocals often feel a little strained and weak in comparison to the rest of the consummate performances. They’re by no means bad, just the weakest performance here, and nothing that couldn’t be improved with practice. I have no doubt that Urne can tighten this up and deliver an even better release next time out.

All in all, Serpent & Spirit is the most exciting debut album to have come out since 2016, the year in which my favourite album- which was also a debut- was released. I often waffle about potential shown by bands in these conclusions, but Urne don’t need to show potential. They’ve already delivered. I have no doubt Serpent & Spirit will end up in plenty of year end lists, as it should. I urge you to support this band in any way you are able, exciting artists like this don’t come around often and it would be a shame to see them go away due to a lack of financial, critical or public support.

Serpent & Spirit is out 25th June 2021 via Candlelight Records and can be purchased here.