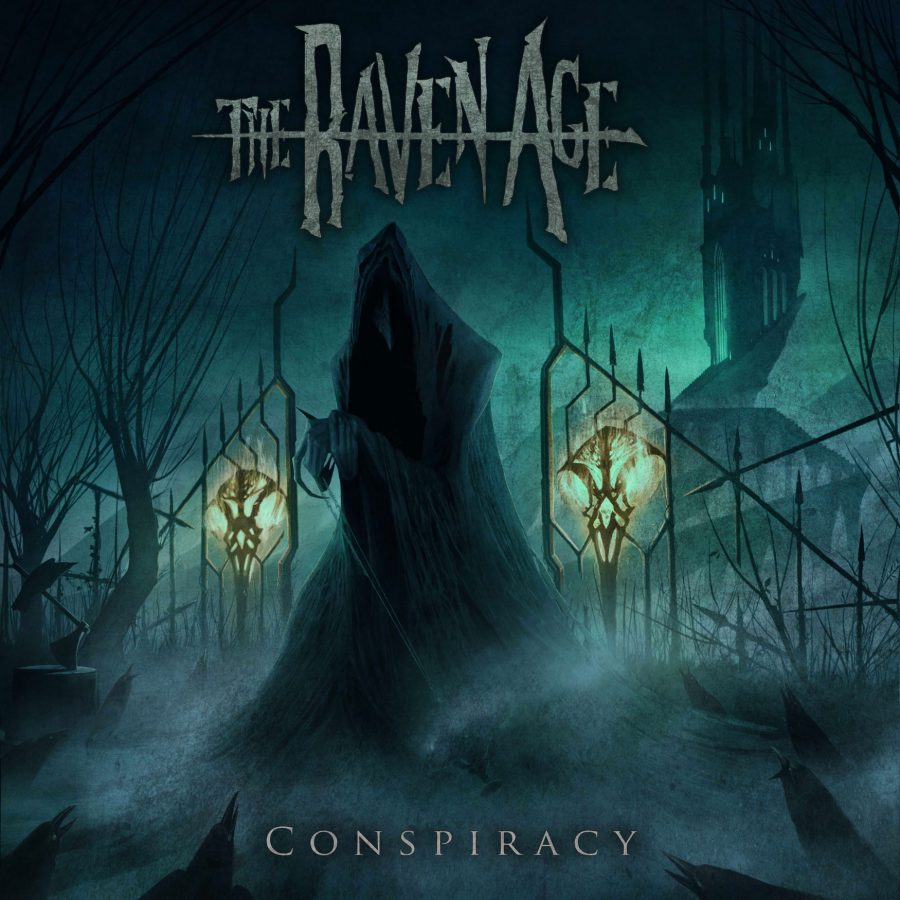 I first saw The Raven Age at Download Festival 2016. The biblical quantities of rain that fell that weekend meant that bands on the smaller and, more importantly, indoor stages got a lot of attention from people who were after some respite from the weather! The band seized upon their sizable crowd with glee, and I’m sure I wasn’t the only one blown away by their grand and intense melodic metal. Needless to say, as soon as I returned to reality, I purchased their self-titled EP and remained very happy with my discovery. My excitement lasted right up until the day that they released their debut album: Darkness Will Rise. While it is not a bad album, to me it was a huge anti-climax. Once its closing notes had faded my favourite tracks remained those from the four-track EP. My hope for a new band with the heavy yet uplifting melodies and the lyrical ambition of Dio and Iron Maiden was, momentarily at least, faltering. Since then, The Raven Age have dispensed with their original vocalist and recruited Matt James (formerly of Wild Lies) as their frontman, and opted to self-release their sophomore album, Conspiracy.

This time around, I stamped down on my over-excitable psyche before it could hype up this second release, thus I was fairly detached from the introductory notes of Blooms of the Poison Seed. Not that I could keep up that charade very long. The gradual building of melodic layers in an opening ‘intro’ track is a technique that has been used a thousand times before, but that doesn’t mean it can’t still be effective. When opening track Betrayal of the Mind bursts forth it’s clear The Raven Age mean business this time around. The frantic riffs and double bass led drums are reminiscent of early Killswitch Engage or Trivium, while the lyrics tackle the very topical theme of mental health (all money raised by the single was donated to mental health charities). After this the band head straight down the historical and fantasy route for lyrical inspiration, with gloriously over-the-top results. Song titles like Fleur de lis, Tomb of the Unknown Soldier and The Face That Launched A Thousand Ships make the influence of huge and ‘epic’ story telling clear to see. The conviction and sincerity of the delivery really draws you in, much in the same way as a good film or novel.

I’ve already mentioned the excellent delivery of the lyrical material. As sad as I am that Wild Lies are no more, the wealth of experience and wide vocal range of new singer, Matt James, are right at home with The Raven Age. Fortunately, he isn’t one of those vocalists who refuses to leave their higher register just to show off that yes, they can hit high notes. His ability to hit those higher notes with power and confidence takes the chorus of songs like Fleur de lis and Seventh Heaven to the grand heights their power/alt. metal fusion demands, but the middle ground he sits in for Betrayal of the Mind and Tomb of the Unknown Soldier shows he can carry a chorus without resorting to just belting it out. This makes for a more well-rounded record. It also speaks volumes of the melodies on offer. Nearly every song here has infectious melodies in one form or another, and without ever crossing the line into cheesy power-metal or pop-influenced territory. The best are similar to classic Iron Maiden choruses like The Evil That Men Do: they are catchy and memorable yet maintain a serious and heavy edge. Importantly, they sound just as good on the tenth listen as they do on the first.

From an instrumental perspective, Conspiracy sits somewhere between power metal, early metalcore and modern alt. metal. The fast paced and harmonised guitar riffs tread similar territory to the early 00’s Killswitch Engage, Trivium and Bullet for my Valentine: jumping between drop-tuned chugging and harmonised lead lines. More modern influences come to the fore in the djent-style single note riff of Seventh Heaven, and the blast beats inserted into tracks like Stigmata. Not that the band don’t know when to reign it in a little. One of the albums many highlights is the acoustic led The Face That Launched a Thousand Ships, a slower and more emotional track that gives the lead guitar work space to shine. Just when you think the band have used all their ideas, they close the album with the a mini-epic in the eight minute Grave of the Fireflies, a song that moves between crushing riffs, soaring choruses and dark, ambient melodies with blissful abandon. Talk about saving the best until last.

To put it bluntly, Conspiracy is an essential listen for any fans of heavy and melodic music. It is as if Judas Priest and Soilwork had a lovechild that they sent to Dio for lyrical schooling. The band have achieved the enviable feat of writing an album with a focused and distinct sound, but with enough variety in tonality and pace to give each song its own identity, rather than some tracks just being a lesser version of ideas that have already been used elsewhere. The way The Raven Age have combined classic melodic ideas with metalcore intensity makes a strong impression, and Conspiracy sounds as big and powerful as their ambitious ideas demand. If there is any justice in the world, this is the album that should see The Raven Age really take flight.

Conspiracy is released on Friday 8th March 2019 and can be purchased here.

The Raven Age are on tour across the UK in March 2019. You can find tour dates here.