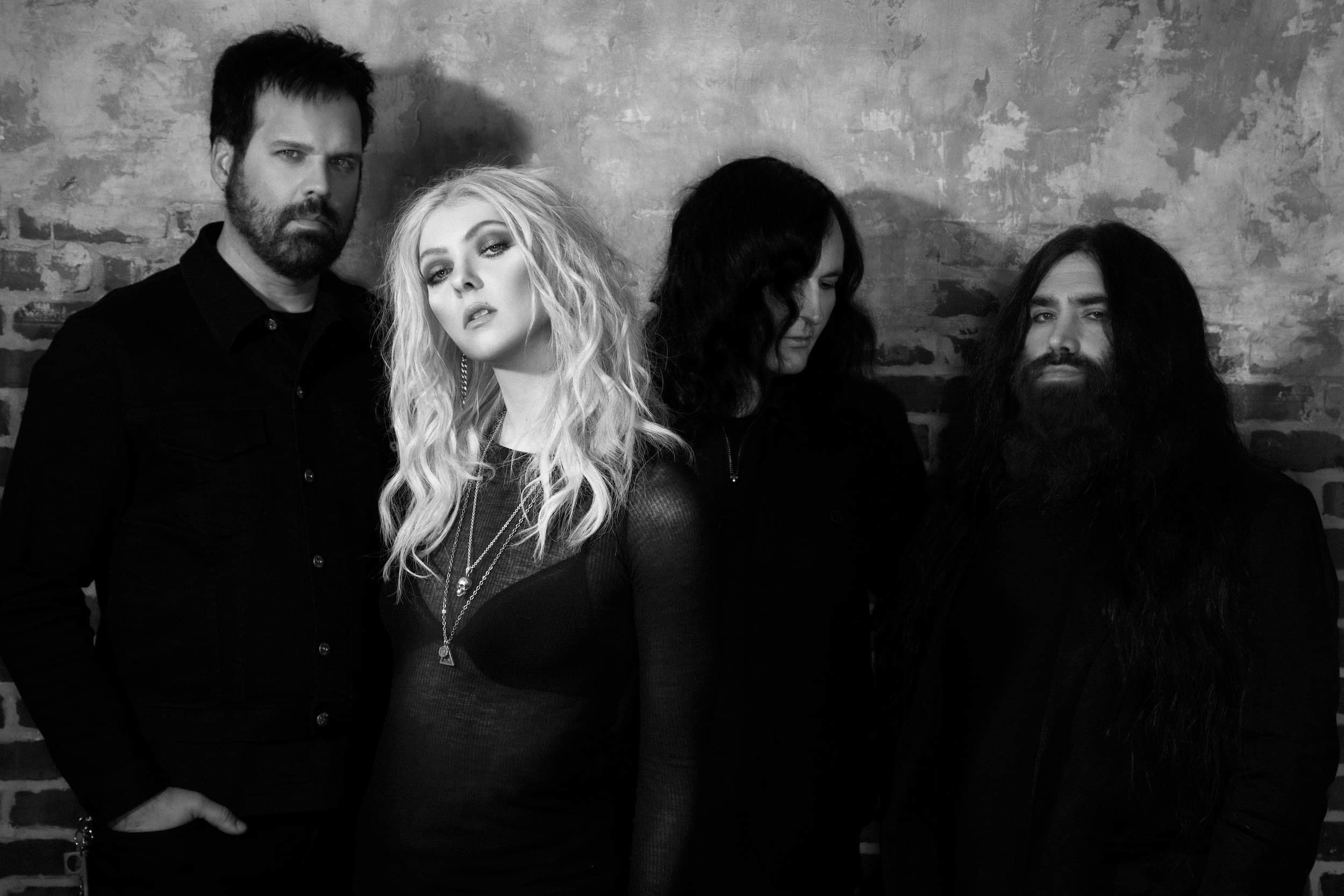 It has been just over a year since this album came out, and with the upcoming UK tour, I thought that it was time to review ‘Death by Rock and Roll’, and to get everyone revved up and ready to go! After being off tour for over 4 years, and only starting back up recently with an American tour, the band must be absolutely buzzing to be back on the road. Furthermore, with ‘Light me Up’ now being 12 years old, Momsen and the rest of the band have now been part of the male-dominated rock’n’roll scene for over a decade; and parts of this album definitely reflect this maturity.

‘Death by Rock and Roll’ is, without doubt, a classic rock album. Returning to their roots, much of this album is reminiscent of their first two albums, a sound which they strayed away from slightly in their last album – ‘Who You Selling For’. Although, regardless of this manoeuvre back to the classic rock sound, the progression of Taylor’s experience and song-writing is entirely clear in this album. Elements of tone, tempo and hooks from previous albums are all present here, illustrating the way in which the band has grown and evolved over the past 12 years.

The album can be broken up into a number of sections, with clear turning points, moving from a melancholy beginning to a more positive end, which is benefitted by (as the band put it on their commentary album) the “bookended” songs of ‘Death by Rock and Roll’ and ‘Rock and Roll Heaven’; which appear at the start and (almost) end of the album.

The title track, up until ‘My Bones’, makes up the first section of the album, where the content of the songs appears to get progressively sadder, and the tunes get progressively more experimental, perhaps to mirror the sad and confused mental state that Momsen was in when writing the songs. Some highlights from this first section of the album include singles ‘Only Love Can Save Me Now’ and ‘25’. The first of these tunes included guest artists Matt Cameron (Pearl Jam) and Kim Thayil (Soundgarden), and recording this was described as an “awesome experience” and a “bucket list song” by Momsen. Although this song is nearly 6 minutes long, an unusual occurrence for this “punctual” (Momsen) rock band, the gorgeous guitar solo about two thirds of the way through breaks up the song impeccably, meaning that its length does not cause the song to drag in the slightest. The second, ‘25’, which was written just before Momsen’s 25th birthday, details in brief her life up to that age. The complexity of the drums and cymbals in this song, and the layering and overlapping of sounds works very appropriately, potentially indicating the mismatch of memories and experiences that is life, that she portrays in this song.

We then reach the first turning point, ‘Got So High’, which appears to be a severe low point for the lead singer’s mental state. Although the song depicts a really dark time in her life, this melodic tune creates a stark juxtaposition between the content and the musical composition of the song, creating a beautiful piece of artwork, that enables focus to be placed on the lyrical talents displayed.

Following this we have the musically complex, short burst of a song ‘Broomsticks’, which, gives the sense of an introduction, yet actually falls about half way through the album. This song is experimental, and gives Halloween-esque vibes, preceding its following track, ‘Witches Burn’ perfectly. Inspired by the 1692 Salem Witch Trials, ‘Witches Burn’ uses Angus Young style guitar to depict the broader feminist subject matter of patriarchal persecution. Within the song, Momsen sings the lyrics “for this I’ll burn”, implying that she would stand up against the patriarchal restraints that bind women and AFAB people, even though there will be a “price she’ll pay” for this. It is through this that we see the second section of the album begin to form; an angsty, punky rise against society, oozing empowerment.

In the final section of the album, from ‘Standing at the Wall’, to ‘Rock and Roll Heaven’, the band tackles overcoming obstacles, which leads on seamlessly from the discussion of patriarchal restraints in ‘Witches Burn’. This puts a much more positive spin on the album, and illustrates the final turn in tone. The middle song in this final trilogy, ‘Turning Gold’ was, according to their commentary, originally written a long time ago, which makes sense with its sound being reminiscent of their first album, ‘Light Me Up’. Personally however, I’m so glad that they saved it for this album, as it works splendidly in this positive section of ‘Death by Rock and Roll’. Lastly, the second “bookend” track, ‘Rock and Roll Heaven’, has been described by some as a country song. However, the band themselves describe it more as a southern rock tune, detailing their influences for this song to be the likes of Eagles, which makes sense with the use of the acoustic guitar and the singer-songwriter sound.

The final track on the album doesn’t really fit into any of the sections the album appears to be broken up into, but I viewed it more as an album dedication. Written, as Momsen describes, as a “love letter” to a “lost friend”, ‘Harley Darling’ is incredibly beautiful, but at the same time, is awfully sad. The emotionality of this ode to Momsen’s friend is clear and touching, and it can only be hoped that in writing this, she managed to come to terms slightly with this tragedy.

Overall, the emotional rollercoaster that is this album should, in my opinion, be listened to by everyone. The songs are broken up into sections appropriately, and yet, the album also works so well together as a whole, with the addition of the transitional songs. So, if you like good ol’ rock’n’roll, with an immensely talented leading lady, The Pretty Reckless and their latest album ‘Death by Rock and Roll’ are the ones for you. So, if you’re in the US or the UK, head on down to your local Pretty Reckless gig this year, to see this talented band live!

‘So, if you like good ol’ rock’n’roll, with an immensely talented leading lady, The Pretty Reckless and their latest album ‘Death by Rock and Roll’ are the ones for you.’

HIghlights: Only Love Can Save Me Now, Witches Burn, Harley Darling

Death by Rock and Roll is available from 12th February 2021 and can be purchased here or on all major streaming services.