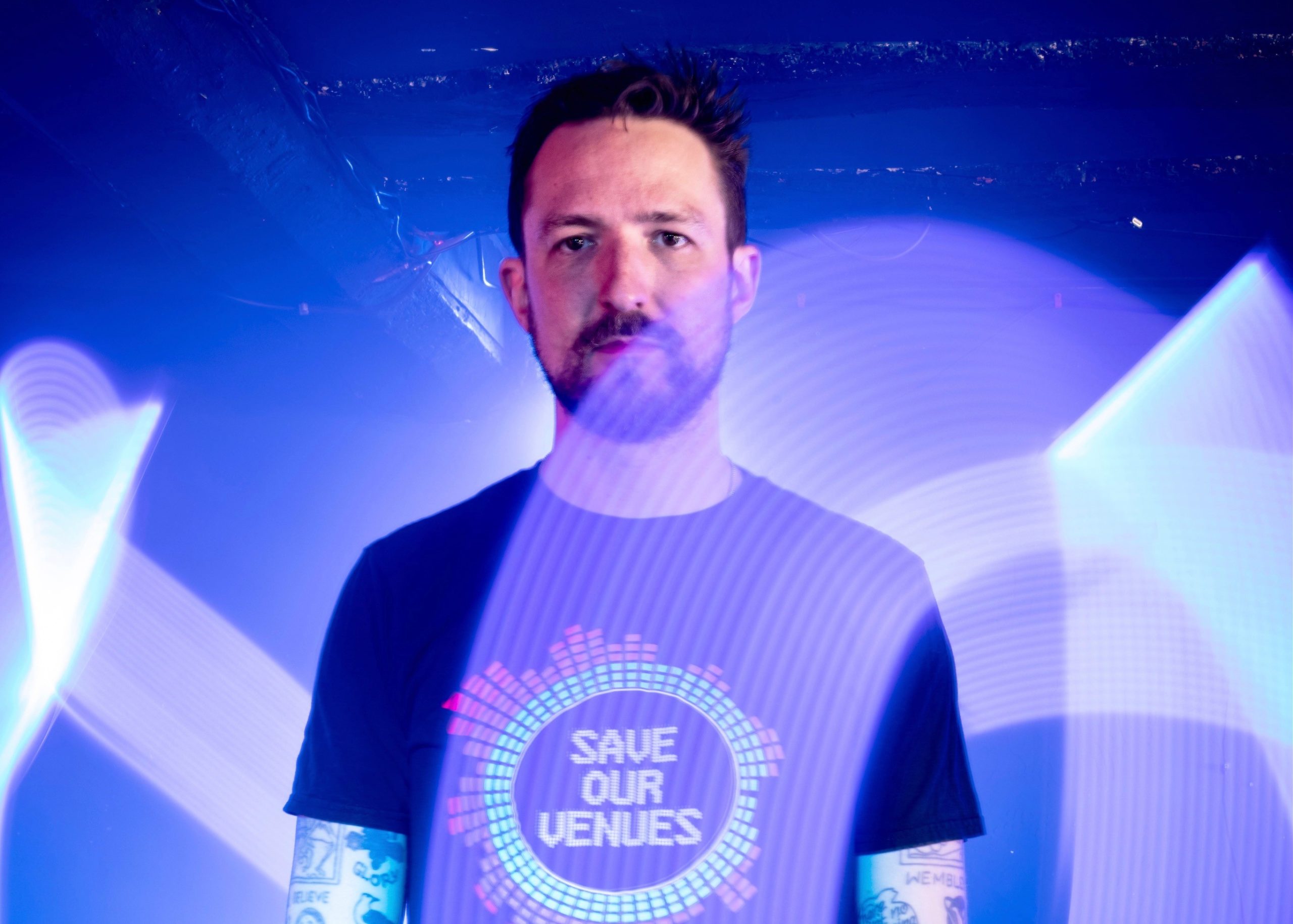 Frank Turner is a folk-punk singer from the South of England, finding his first success in hardcore band Million Dead. Following his release of FTHC earlier this year, his first hardcore album with the Sleeping Souls, and with his soon approaching UK tour in the autumn of this year, I thought it would be apt to do an interview with him. With the help of the following questions, I intended to find out more about his new release, and to share this with anyone wishing to find out more about this fantastic new album; and the thoughts, experiences and struggles that went into it.

Charlotte – What sort of thoughts/ideas pushed you towards creating FTHC as a hardcore album? Why did this seem the most appropriate genre for these songs in your mind?

Frank – I try not to pre-direct my writing, so to some extent this is just what arrived naturally. That said, after two records that were more leftfield (within my own frames of reference) it felt like it might be interesting to return to home ground, first principles, initial instincts. It’s not quite “returning to my roots” as a solo artist (my first records don’t sound like this) but it’s a return to the music of my youth. Once I started pursuing that avenue, it felt good.

Charlotte – Which aspects of gigs did you miss during lockdown, and how did this impact the writing of The Gathering?

Frank – All of them? Haha. I guess that for me music is at its most powerful and meaningful when it’s a conversation rather than a monologue. I like writing and recording songs, but I love performing them in a room with people and creating an exchange of energy. Even outside of being the performer, I love gigs for their communitarian aspects, and they’ve been the central musical and social feature of my adult life. So I missed them a lot. “The Gathering” is kind of a love song, in a way.

Charlotte – How does the community atmosphere of gigs positively impact your life? Is this something you intended to replicate when you began doing gigs yourself?

Frank – I think most people have a need for some degree of community in their life. I find mine at shows, always did, nothing else ever came close. An old friend of mine charged me lately with trying to recreate the punk scene of my imagination at my shows now, the scene as I wanted it to be (rather than how it was in messy, disappointing reality) and I suspect that’s a fair cop.

Charlotte – How did lockdown affect you?

Frank – Hugely, negatively. It was financially disastrous for me, of course, but it also kicked the chair out from under my sense of identity. I’ve been touring since I was 16. The first lockdown was the longest I’ve been in one place since I was 7 years old. It was a strange time. There were some upsides, some new hobbies, some growth and so on, but the silver linings are defined by a very large cloud.

Charlotte – Did lockdown make your recovery from addiction more difficult?

Frank – Not really, in that the lion’s share of the work on that front was done a few years before hand. I felt lucky that that was the case when lockdown kicked in; if I’d been in a different (earlier) headspace I think it would have been bad news for me. Well, worse.

Charlotte – Was Untainted Love an attempt to educate people on drug misuse, or a way for you to come to terms with your own experiences with it?

Frank – I’d hesitate to describe anything I do as educational. The song started from a conversation with my bass player, Tarrant, where I was just trying to explain to him how ever-present thoughts about addiction are for some people. I still think about drugs maybe 10 times a day. It’s just always there. I had a similar conversation with my wife as well.

And hence the finished song.

Charlotte – Was there anything in particular that made you struggle during the writing of Haven’t Been Doing So Well?

Frank – I’d say the writing of the song was a distillation of a set of feelings that come and go in my life. Like the album as a whole, it’s not specifically a lockdown piece, but of course it’s overshadowed by the events of the last couple of years in many ways. Lockdown didn’t make things easier, let’s say that. Particularly in the middle of 2020 I was having a rough time with panic attacks and so on.

Charlotte – How did your anxiety diagnosis impact your life?

Frank – It actually made things way better. Being able to put a name to something was a huge help. Getting clear of drugs was an interesting moment, because it revealed some issues that I had long assumed were just comedowns or whatever, but were actually something else. Being able to name them was empowering.

Charlotte – The trilogy of songs about your father (Fatherless, My Bad, and Miranda) appear to demonstrate very clear progression on the album, does this progression reflect the way in which your relationship changed with her?

Frank – Broadly speaking yes. The new development, of course, is the stuff outlined in “Miranda”. But I felt like if I was going to write a song about acceptance, I wanted to make it clear what it was that I was accepting. Or, to put it another way, I felt like now might be the time to get the bitter songs out of the way. Their running order on the record is deliberate, of course.

Charlotte – Do songs such as A Wave Across a Bay and Song for Josh help you find peace with your losses? Or are they more about trying to create some positivity around these tragedies? How did your own history of mental health issues impact the writings of these songs?

Frank – I guess most of my songwriting is an attempt to make sense of the thing I’m writing about, I often figure out how and what I feel about something in the act of writing. So there’s a large degree of catharsis in the making of art in general for me. If the end result is something positive then I’m into that, but I’m not sure that’s quite a stated intention at the beginning of the process. More generally, I’ve used songwriting as a form of (quite public) therapy, self-diagnosis or whatever, for a long time; and of course the flipside of that has been finding solace in the records I love, like most people. In recent years I’ve figured out that music, both listened to and written, is a necessary component of my mental health diet but not a sufficient one, in the final analysis. I do actually need to turn to more systematic or professional mental health resources from time to time; the Weakerthans alone will not save me, haha.

Charlotte – Do you have a musical background? If so, are any of your friends/family big musical influences in your life?

Frank – I had piano lessons as a kid because I’m middle class, but they didn’t really take. My folks listen to classical and church music; my mum taught recorder at primary school for years and plays the piano. But music was always something away from that for me. I first got into metal, then punk and hardcore. It was mine, everyone tried to stop me being into it (quite literally), so I had to fight for it, and there’s a big sense of ownership associated with it, therefore – a defensiveness even. I had to go find my tribe.

Charlotte – What/who inspired your involvement with Safe Gigs for Women and Gig Buddies? Why are these collaborations important to you?

Frank – I came across both organisations (and others – Able2UK, Stay Up Late, Ally Coalition etc) in various ways at various times. I’m wary of being so grandiose as to try and affect “THE WORLD” with what I do for a living, but I do have some control over the atmosphere and values at the (headline) shows that I play, so I’m attracted to groups that work specifically in that context. Hopefully there’s an obvious corollary to wider society in each of these groups, but I think my place is to let people draw that conclusion themselves.

Big thanks to Frank and the team for their involvement with making this interview happen! We’ll see you at your next tour!