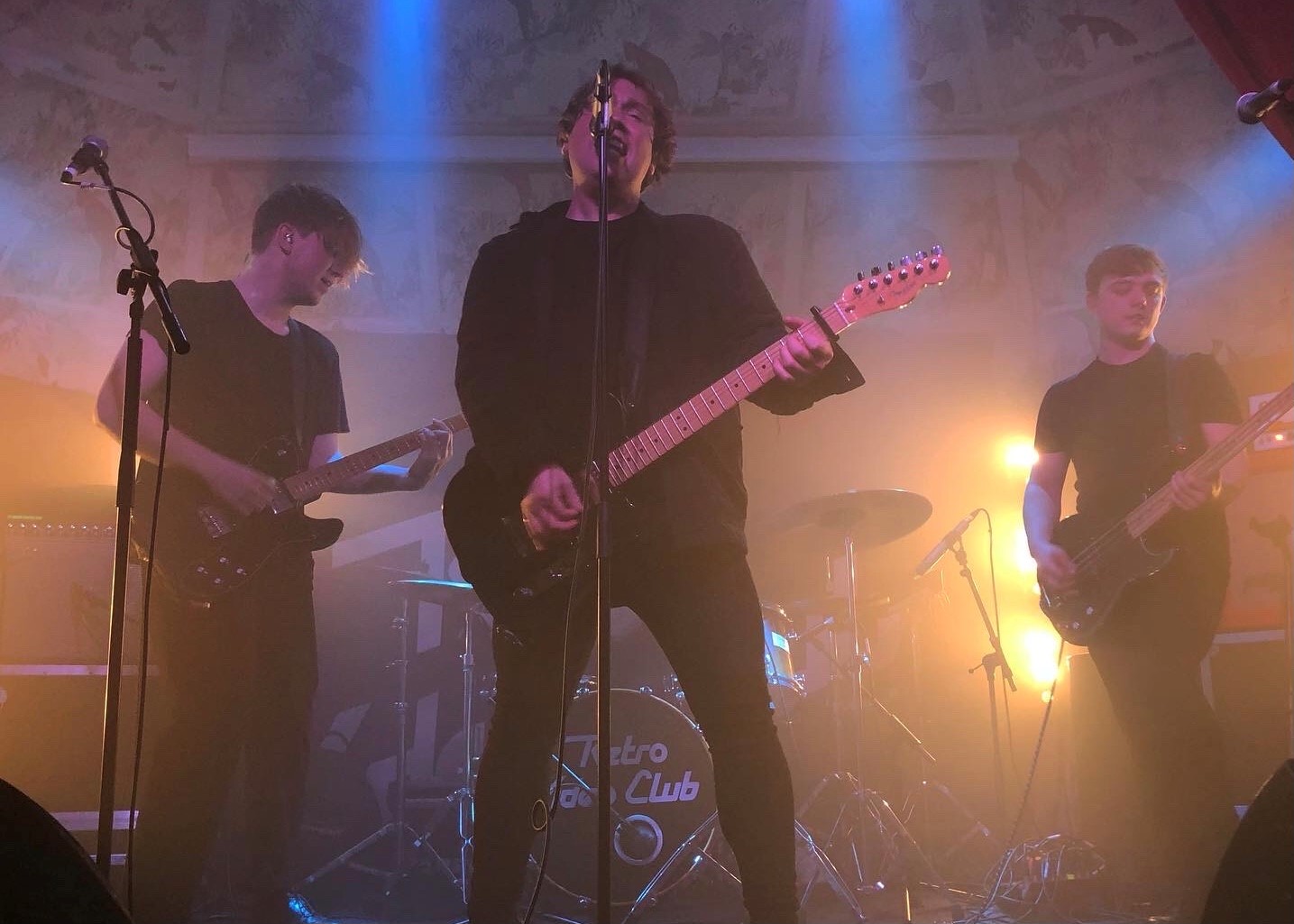 Entering the all-consuming and wonderful music scene in 2017, these Edinburgh boys known as Retro Video Club, hit the ground running. Through the accent and dialect present in their songs, the boys create an authentic and intimate portrayal of their lives; whilst the teen angst and youthful memory conveyed in their songs are mirrored too by Allisons’s wholesome lyrical abilities.

The upbeat and enthusiastic drums and guitar by Burt and McGill create atmospheric and exciting tunes, reflecting their rock influences from the likes of Green Day. Furthermore, the fun brought both to the stage, and the recording studio, draw similarities to the Strokes and the pioneering approach that they took to the genre of rock; therefore presenting these boys to be likeable and extremely talented; leaving ignorance of their talent to be solely impossible; capturing the listener, and holding on with the intensity of emotion conveyed through each and every tune. From following these boys since their beginning, the maturation both musically and lyrically demonstrated in their songs and their contents provides the listener with an automatic fondness for these likeable lads, as we watch them following in the footsteps of rock bands such as Biffy Clyro, the rustic and gorgeous voice of Allison showing similarities and influences from the amazing voice of Simon Neil.

Following the release of their first single ‘Psycho’ in 2017, a week later the four-piece sold out The Mash House (Edinburgh), and after merely a few months more, also sold out the Liquid Rooms (Edinburgh), with the help of their next two singles: ‘Chemistry’ (which has now reached over 2,000,000 listens on Spotify!), and ‘Famous’.

Although refining their sound and clearly becoming much more comfortable within themselves, the inexperienced experimental sound demonstrated in some of their earlier tunes such as ‘Noir’ (2017) use playful lyrics such as ‘now that I’m getting over you, I’m missing you under me’. Through this, the band convey the relatable feeling of heartbreak in an approachable and likeable manner, whilst also maintaining the sense of fun and passion integral to their sound.

Retro Video Club have developed and refined their sound over the past 5 years, still referring to themselves an indie rock band, but the ‘indie’ sound appears to be becoming slightly more underlying, merely a clear influence from their younger days, but now riding below the surface, making way for the heavier rock sounds, which complement Allisons’s improved lyrical abilities as he’s grown and developed as an artist. Similarly, as demonstrated to ‘Night In’ (2019), the lads have become far more confident; leading to a slickness and sense of professionalism which is entirely deserved.

The band have now done a few tours in the rest of the UK, venturing out of Scotland, and making their mark.  Their next UK tour is a rescheduled one now happening in October, to celebrate the release of their new EP ‘Situations’, an indie pop-rock compilation of songs including one of their newer singles ‘Boys Like Me’, which they played when I saw them last November. The EP also includes songs such ‘Break Up Songs’ and ‘Save Me’, taking the listener on a journey of emotionality and extreme intimacy. This EP is definitely more pop-y and mainstream than the rest of their discography, however still maintains their personal, rough, and enticing sound.

So, if you’re into classic, indie rock with a beautiful Celtic twist, Retro Video Club are the band for you; and if so I cannot encourage streaming their new EP enough, as this small band are growing and blossoming into the success that I always knew they would be. It has been an honour to watch Retro Video Club grow over the last 5 years, watching them progress into the musical talent that they are today.