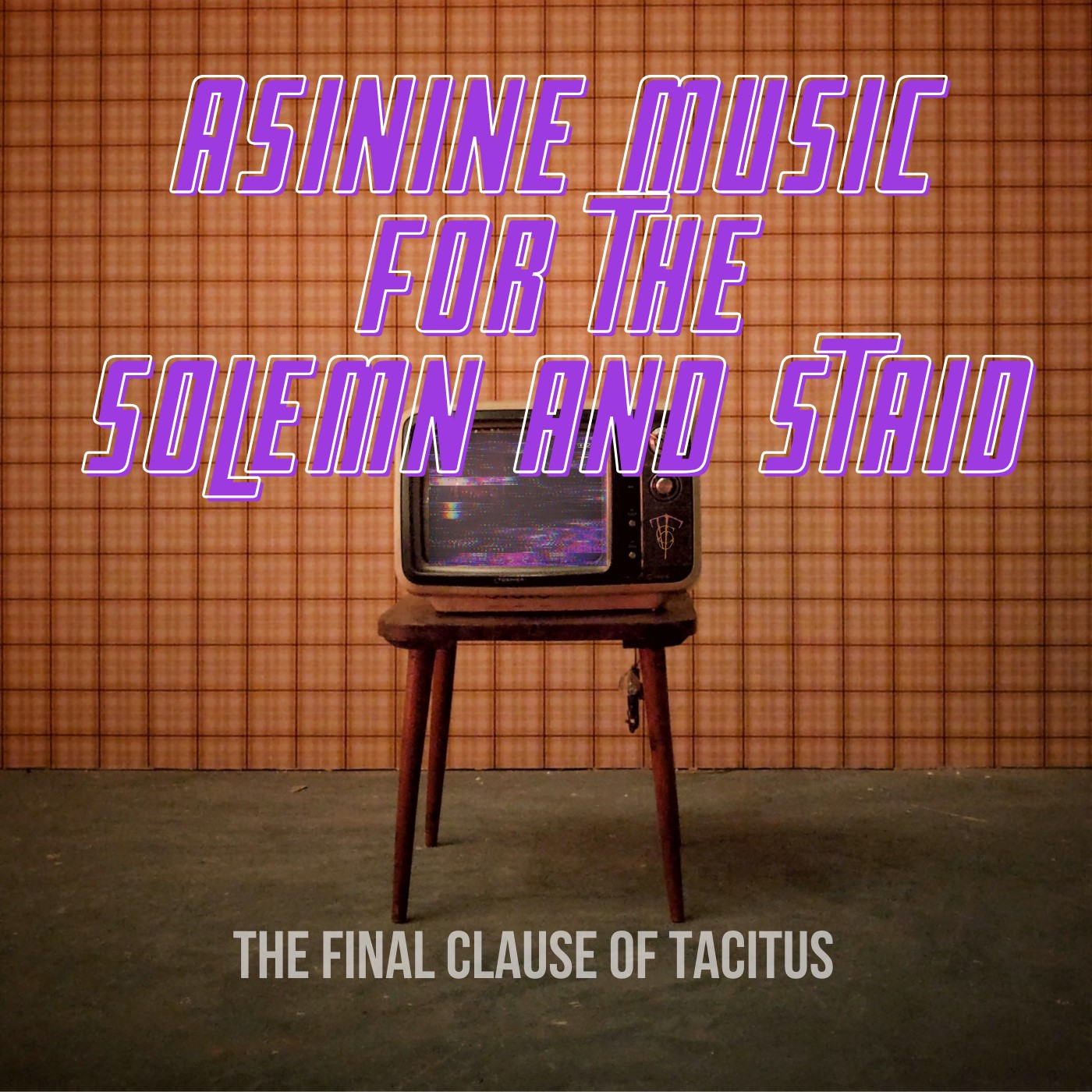 It was probably ‘Faith No More’ that turned my head towards crossover bands, those that merged funk metal with Rap. ‘Rage Against The Machine’ and ‘Living Colour’ are others that I have always adored, bands who combine and mix their tastes, having no regard for boundaries. So just after my initial listen to ‘Asinine Music For The Solemn And Staid’, it’s no surprise to learn that ‘The Final Clause Of Tacitus’ list RATM, Red Hot Chilli Peppers and Limp Bizkit also as favourites. Emerging in 2016 from Reading, TFCOT have already brought out 2 EPs and an album ‘Antiquity’ in 2019, they have also supported bands like Skindred, (Hed) P.E, Electric Six and Senser. Tacitus was a Roman Historian and Politician who wrote at the beginning of the first century AD, his final clause is not clear, but I like how the band have used his name for their moniker. The title of the EP is also fascinating and basically a nudge, because if you are of a serious nature and have no intention of being adventurous, then these 5 tracks will change all that in just the 20 minutes that they last. I do like this band’s use of words, they attract the eye and tease the brain.

Brought out as a single back in March, ‘Something’s Gonna Break’ is vicious and direct. Thunderous riffing and outrageous metal effects are laid back to back with disturbing vocals. The rapping from Matt Dune takes all forms and repeats into the distance with the guitar whizzing around to give a totally joyous ride. ‘War Cry’ is all about the bass and the RATM influence is high priority. Have to love the guttural spits and how the rhythm breaks up with a frenzied attack, from mid way. Going out as it came in with a pumping bass, it has all the elements you require and how cool to hear Georgi Valentine from ‘Mother Vulture’, lending a hand on vocals.

Shuddering drums and a clanging introduction for ‘Not Today’. The vocals of Jahred Gomes, ’(Hed) P.E’ are welcoming and add another angle, being mature and levelling. The outward rapping and hip/funk beat is a cool contrast to the previous tracks. ‘All Figured Out’ starts out quite mellow in tone, but a guitar blast and roaring vocals soon change the atmosphere. Turning into a ballsy rocker, this is a complex piece of writing. The ensuing twists and turns are full of originality and you are mesmerised with the innovative flows. The final song is also the last single ‘I can’t Talk To You’ which is a lot deeper and soul binding, it has a mass of feeling and brings the EP to a thought provoking finish.

‘How can we feel when we’re left so numb? Tell me how can I see the light without any Sun, I thought I knew who I was, but now that your gone, I don’t know anyone’

‘This song is a very personal song dealing with the aftermath of losing a loved one. A few years have passed since my father lost his battle with cancer and i am still coming to terms with it and dealing in my own way, but one thing that really hurts is not being able to talk to him any more’  – Matt Dune.

An EP that gives this much pleasure is a rare delight. The 5 songs hold you in a state of limbo for the duration, you are oblivious to the outside world and remain stupefied and numb for quite a while afterwards. Such is the strength and affect that TFCOT create. The band are currently seeking a new drummer and getting ready for gigs, so meanwhile have a listen to ‘AMFTS&S’. If I was ever solemn and staid, I’m now a changed woman. Get the back catalogue and follow these guys, they really deserve your attention.

‘Full of originality and you are mesmerised with the innovative flows’

Highlights –  Something’s Gonna Change , I can’t Talk To You.

Purchase the new EP ‘Asinine Music For The Solemn and Staid’ , which is out on Friday 14th May from one of the links below –