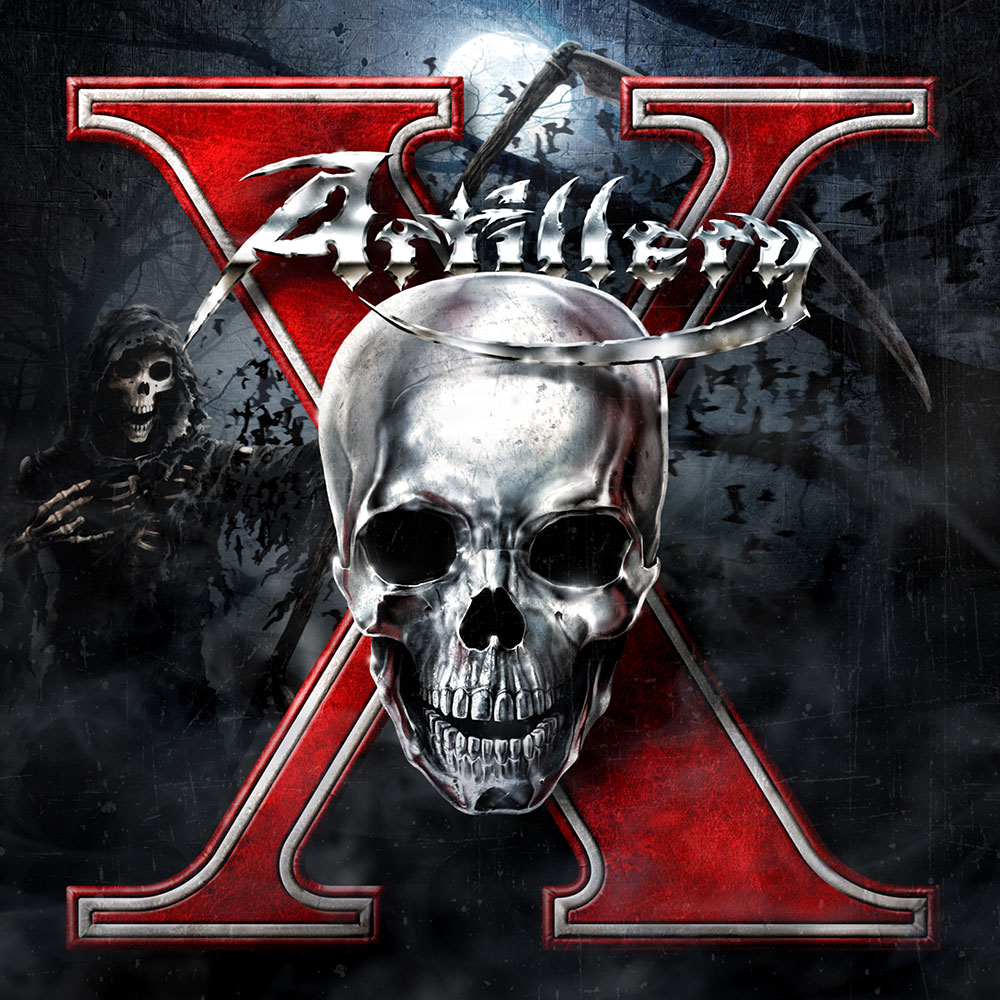 Old school thrash metal heavy weights Artillery are back with their tenth studio album entitled ‘X’. Forming in 1982, the Danish thrashers have always been a staple to the genre and since returning from a hiatus in 2007, they have slogged out 5 records of pure thrash mayhem so let us see whether album number ten keeps the guns blasting.

Apparent on some of their more recent full-lengths, Artillery have slowly evolved into a sort of heavy metal/thrash hybrid that brings powerful riffs and the occasional catchy chorus to the table, but still provide that necessary dose of speed and urgency that is indicative of thrash. ‘X’ is very much a continuation of that style and has provided a well rounded mix of these integrated styles. Opener ‘The Devil’s Symphony’ sets the tone perfectly and establishes once again that foundational merging of heavy metal and thrash. We are met with sporadic and racing riffs to kick things off at breakneck speed in typical thrash fashion and then we slide into some powerful choruses that are catchy but ultimately not particularly memorable.

Artillery stepped the speed up on the next two and certainly took a more thrash approach. As I used to mention on my Thrash Bash radio show here on MMH quite frequently, thrash bands tend to have a knack for writing songs about thrash metal and now Artillery have joined in on the fun on this record with ‘In Thrash We Trust’ (although this isn’t the first time even Artillery have done this – they had a song called ‘Thrasher’ on 2011’s ‘My Blood’). This is a solid call-to-arms track and will hopefully fit into their live set to rally all the mosh pit dwellers. It is packed full of crushing riffs and rhythms and topped off with a sing-along chorus to promote the thrash camaraderie, a simple chant of “In thrash we trust!” should certainly do the trick! On follow up ‘Turn up the Rage’, they follow a similar pattern but opens with a tasteful bit of lead-work over a bouncing rhythm to then end up in a swinging and groovy riff that brings the thrash glory days of the 80’s right back to the forefront. Both tracks are easily some of the highlights of the record.

‘In Your Mind’ is a solid heavy metal powerhouse bringing stomping, grinding rhythms with the addition of a blistering solo towards the end. In fact, the solo and lead-work is of a very high standard throughout the record provided mostly by long-time member Michael Stützer. Despite bringing a generous helping of brutality, Artillery mellows out a little bit on ‘The Ghost of Me’ which has a very ballad-esque feel to it by combining acoustic guitars, softer melodies and slower tempo – another highlight of the record.

Coming into the latter part of the album, we don’t come across too many notable experiences, it is very much more of the same but not quite as exciting as the first half of the record. However, on ‘Eternal Night’ there is a great bass guitar intro into a steady grooving track that helps to change the dynamic up a bit. Closing the record is ‘Beggars in Black Suits’ which despite having a spooky, sporadic intro, devolves into more of the same, it would have been great to hear more of that intro atmosphere and melody incorporated throughout the track.

Artillery have delivered a well-rounded contribution of their brand of heavy metal with their thrash roots still fuelling the sound. There are some exciting high points on the record but in the long run, it falls short of being something stand-out and if you’re not already a fan of the band, I can’t imagine you wanting to return to this album after one or two listens.