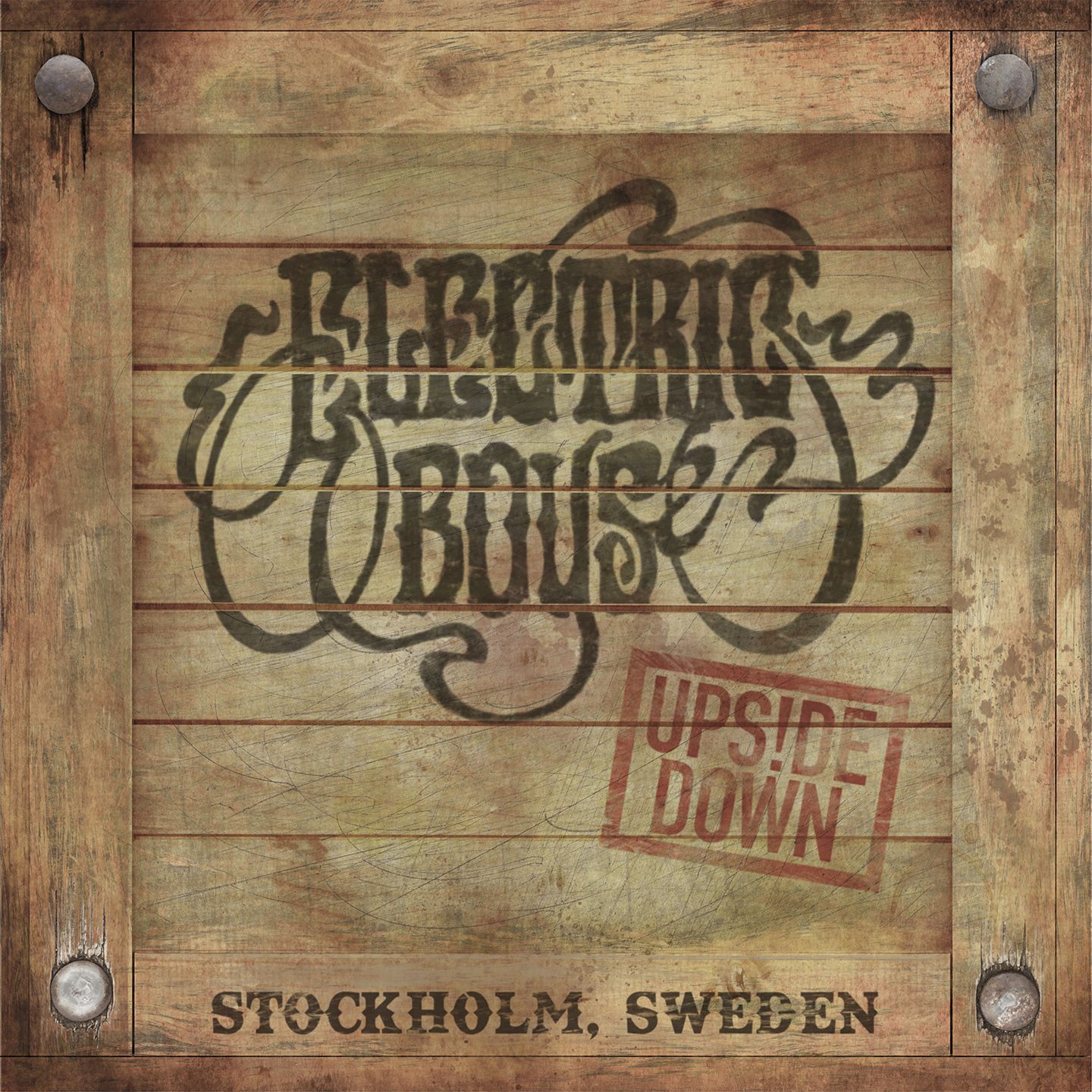 If you’re old enough and lucky enough to remember the late 1980’s and early 1990’s, one of the many genres to come and go was funk rock. Bands like Enuff Z’Nuff, Extreme and the Dan Reed Network all added a swagger to the sound of rock that was about at the time; indeed, they’re still going strong, as are the Electric Boys. The guys from Sweden released their debut, the wonderfully-titled ‘Funk-O-Metal Carpet Ride’, with the superb single ‘All Lips ‘N’ Hips’ blasting them onto MTV and radio stations everywhere. Conny Bloom was the focal point of the band, the singer/guitarist resplendent with his Marc Bolan corkscrew hair and flowery shirt unbuttoned to the waist and that’s how it remains to this very day. He is joined on guitar by Slim Martin Thomander, with the bass of Andy Christell, while sitting in on drums is Jolle Atlagic who covered for the band’s fulltime sticksman Niclas Sigeval who couldn’t travel from his LA home due to the pandemic.

‘Upside Down’, the band’s seventh studio album, kicks off surprisingly with a seven minute instrumental called ‘Upside Down Theme’, which allows Bloom and Thomander the chance to stretch out on their instruments. At no time do you feel the need to flick onto track 2, but when you get to that song it’s one of the best on this record, the first single ‘Super God’, all wah wah guitar and organ. ‘Tumblin’ Dominoes’ (not ‘dice’, lol) is a strong power ballad, closely followed by ‘Never Again Your Slave’, an out and out rocker full of fuzzy guitarwork.No real funk touches yet and it stays that way with ‘She Never Turns Around’, with some superb lyrics. Track six of the ten on offer is ‘Globestrutter’, my particular favourite. It has everything bar the kitchen sink thrown in and will be a monster when they eventually play live again. ‘The Dudes And The Dancers’ has Bloom reminiscing about the 90’s with some funky bass work from Christell, while ‘Twang ‘Em & Kerrang ‘Em’ is a full throttle rocker that will undoubtedly get them space in a certain rock magazine. The penultimate track is the Quireboys-ish ‘It’s Not The End’, before they wrap things up with ‘Interstellafella’, a happy singalong rocker.

All in all, this is a very good rock album, with traces of the Beatles, Queen and Led Zeppelin on the quieter songs. Now we need some UK dates because this album will go down a treat in front of a full house crowd at a gig. Make sure you take a listen and do your ears a favour!