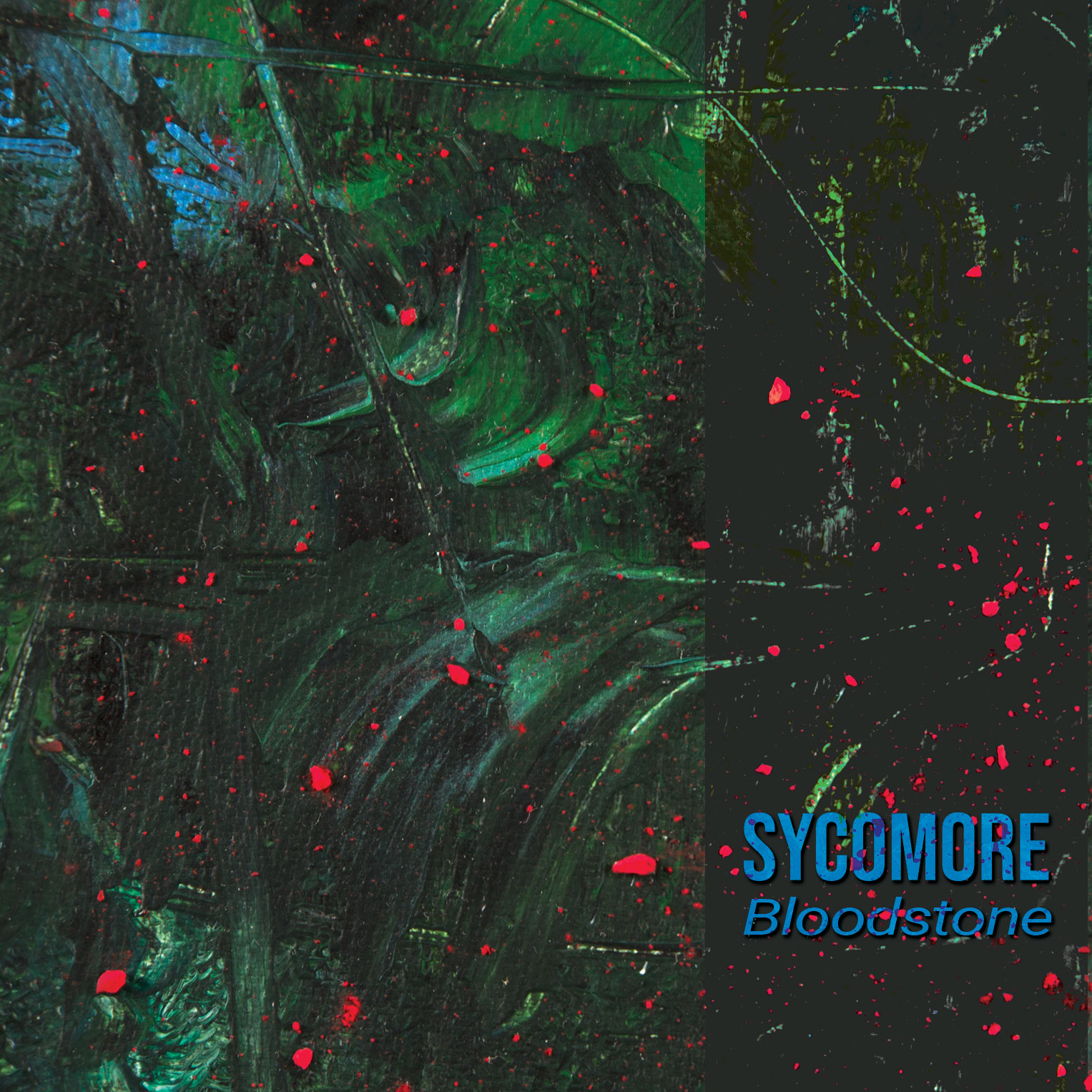 Sycomore are a three piece metal band from Amiens, France, playing ‘crossover sludge’, with Bloodstone only coming out five years after their formation. In this time, they had released two albums prior and a split with Lifescarred. Sycomore had clearly been busy in the latter half of the 2010s. What might ‘crossover sludge’ mean? There’s a definitely lot of sludgy influence, as you might expect, but they mix this in with some groovy hardcore-influenced riffs and furious black metal to produce a ferocious, ugly sound. Its filth assaults the eardrum in a hugely effective way, though. The gritty vocals are more grounded in punk and hardcore than extreme metal, which really make the band sound unique. It’s not pretty, but it’s not supposed to be.

The album starts off ambient but ominous, with a creepy guitar soundscape. It transitions smoothly into second track Over My Shoulders, the first ‘song’ on the album, with a killer opening groove that sets the neck muscles going from the first second. The downtuned guitar riffs sound depraved, but pack an incredible punch in tandem with their raw, sludgy tones. To start with, Forever Old almost sounds like another band. The song comes in with some strummed major chords, almost sounding happy for a second, strongly reminiscent of Deftones at their dreamiest. Blackened, brutal blast beats awaken the listener from their trance fairly quickly, though, showing off Sycomore’s wide musical palette. Power to Romance follows, with well-placed dissonances and chuggy riffs that will certainly incite a few violent moshpits in due time.

Knight Coat is the centrepiece of the album, lying directly in the middle of Bloodstone, the longest track. The intro allows the grinding bass guitar to come to the forefront. The song begins along the blackened vein, but the more midpaced grooves offer a fascinating contrast. The guitars start off in a higher register on Knight Coat but around the two-minute-ten mark, I could actually feel my jaw clench after hearing the band sneak in a few low notes, the guitars seemingly detuned to oblivion. Compositionally, this is one of the most effective parts of the album. The middle of the song has a long buildup, with a simple yet effective one-note crescendo that culminates into a fantastic section reminiscent of Crowbar – before the blastbeats return, with a vengeance. We finish with some more dissonance and more low, heavy grooves. It’s a journey.

Towards the end of the album, Fifty-Fifty even has elements of drone metal, while staying faithfully sludgy and misanthropic. The vocals here are some of the most tortured and depraved-sounding across the whole album. Fireball, the shortest ‘proper’ song on the album, takes more of a hardcore approach again, with simple but devastating chugging riffs. The Enemy and The Web close the album, running longer than most of the rest of the tracks. It’s more of the darkness that’s familiar by now, with a notably titanic opening riff in The Web that almost sounds like Mastodon as the song progresses. The album finishes with some jarring, stabbing chords that feels as if something’s hurtling off the edge of a cliff. Just like that, the album’s over.

Bloodstone is impressive. Many newer bands these days seem to reject being lumped into one single genre, and Sycomore are no different, with a distinct sound. The drumming is a real highlight, effortlessly switching between lightning fast blasts and loose, slow grooves, without losing control for a second. The album is dark and bleak, and although some listeners may prefer there to be more ‘memorable’ moments, this may run the risk of a less powerful result. Varied in genre and soundscape, but never losing its emotion, Bloodstone’s strength is its foreboding atmosphere that doesn’t let up throughout the record.