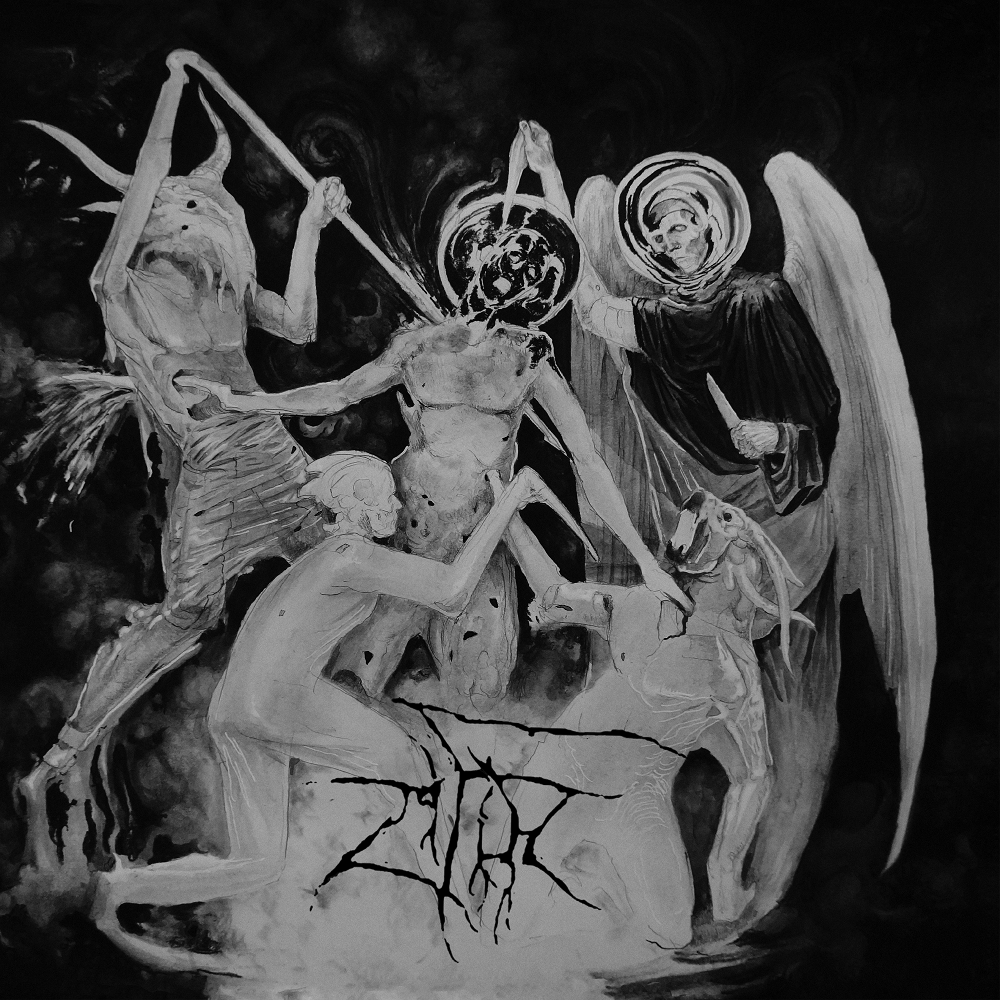 Concepts of right and wrong bring to mind way more questions than answers. The greatest philosophers tried to define them with distinct views on the matter. Like they say, one man’s meat is another man’s poison – no wonder they couldn’t give the same answers and dilemma of morality is still present. Quite peculiar and daring views on this topic are represented in black metal genre. This time the subject of morality was raised by ZiFiR on Demoniac Ethics album.

ZiFiR was founded in 2006 by O.Ö and O.S. in İzmir, Turkey. As a duo, they released their debut album titled You Must Come with Us in 2007. It demonstrated ZiFiR’s idea of black metal, an odd blend of raw ferocity with an ungodly dark ambient touch. Later the same year, Nursuz, joined the band on drums and now this talented trio started to work on their second album. Protest Against Humanity was released in 2011 via Dunkelkunst Promotions. Sadly, right after the album premiere, O.S. left the band. After a split release with Belgian Cult of Erinyes in 2013, ZiFiR focused on preparing material for the next album. In 2016, the band signed with Duplicate Records, its current label, and released Kingdom of Nothingness in 2017 with an amazing cover created by Vergvoktre, mysterious artist from Russia known for his disturbing art. In 2018 Ilgar joined the band on bass guitar and once again as a trio, ZiFiR started to record material for their next release, scheduled for January 2020.

Demoniac Ethics is made up of eleven unique and brilliant tracks taking on anti-religion, blasphemy and philosophy. Vergvoktre has shared his great talent once again to create a very ambiguous and backhanded cover with a deeper meaning than it may seem with a quick peek. The ominous intro Sûr is a fine warm up to the whole album, promising a solid content. In Chants of Execution guitars seem to float freely on the background of variable tempo drums and laboured vocals. Still Reigning with its slow and solemn pace sounds like a hymn of a marooned soul hidden in the depths of Hell, reigning from there. A highlight is Empire of Worms that combines nihilistic and misanthropic lyrics with blasting drums contrasted with bleak and slow riffing, making it a track worth stopping by to contemplate the meaningless of life. Gökyüzü Karanlık, meaning The Dark Sky, sounds like a dire mantra repeated with a muffled voice. Together with an ambient instrumental, An Eerie Moment, these interludes divide the album in half. With a vibrant guitar riffing and an outright statement ‘We deny the existence and commandments of God’ opens the next track, Chaos Clouds. It’s a consistent composition kept in fixed, slow tempo spinning a story about Satan’s order where ‘chaos is bright’. Spirit of Goats is a sort of a twist in the musical plot as it starts with a faster tempo and develops into blasting drums and heavy tremolo picking. Another highlight from Demoniac Ethics is A Bleak Portrait. It compromises well typical for black metal heaviness and sublimity of the track revealed by complex lyrics and choirs. Ephemeral Idols brings to mind an early second wave of black metal sound with some mystical and occult influences. The last track, Insects As Messengers, comes back to a solemn, hymn-like canvass backed with snarled vocals and dense guitars and drums.

ZiFiR has quite a novel approach with blending atmospheric and ambient-like touches to their interpretation of black metal. This creates a portentous and heavy feel. It’s a bit pompous at some points, however not crossing that thin line would make it quite hard to achieve their all ideas. Demoniac Ethics presents decent content, erratic and floating, yet sober at the same time. Dark, profane and brave themes baring the depraved ethics beings betrayed by God combined with the bright sounds are something worthy of a while spent contemplating. This album is an interesting and freaky treat and will show you a different flavour of black metal.

Demoniac Ethics is available from 24th January 2020 via Duplicate Records.