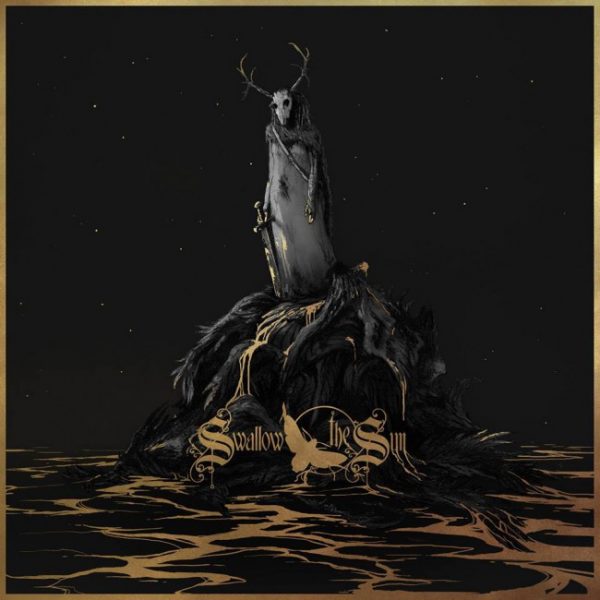 It was just over three years ago that Swallow the Sun (StS) issued the hugely ambitious triple album Songs from the North. That the quality of the project matched its lofty ambitions was an impressive feat, and, in light of this towering achievement – as well as other commitments – you’d have forgiven the Finnish death/doom six piece if they had opted to take a longer break. Luckily for us, their lay off wasn’t too extensive, as they’ve chosen to once again grace us with their latest opus, When a Shadow Is Forced Into the Light.

This is certainly one of those instances where the title is indicative of the sound of the record. The second part of Songs from the North aside, this may be the most accessible Swallow the Sun have ever sounded, and yet, it’s one of their most depressing efforts yet. Perhaps it’s knowing the real life tragedy that Juha Raivio recently experienced, but the utter desolation of every note has never felt as genuine as it does on this album. It’s much like carrying an emotional weight whilst trying to act as if everything is normal; the music is frequently melodic, at times highly pleasant, but that undercurrent of devastation is always there. This sense of bleakness is vital to the album’s success, as it enables the band to be a bit more adventurous with their musical direction whilst retaining the ‘StS’ aura.

The multi disc nature of Songs from the North allowed the group the chance to branch out a bit, but When a Shadow… is not afforded that luxury. I would say that the album is an amalgamation of the tranquil leanings of Songs from the North II with the more traditional death doom template StS have built much of their career on. Mikko Kotamäki’s clean vocals dominate his contributions, with rasps used sparingly and growls a rare treat – again a potent analogy to the lingering misery lurking under the façade of normalcy. Whilst not renowned for riff based compositions, there does seem to be more focus on melodies and atmosphere than riffs based soundscapes this time round. Again, this allows instances of riff centric musical passages, such as the turbulent sway of the verses in “Upon the Water”, to be all the more effective, but I do feel that there’s no riffs that really grab you like “Labyrinth of London” for example.

The riff deficiency is thankfully not a fatal flaw, as there’s more than enough of the aforementioned atmosphere and melodies to compensate. Early album cut “The Crimson Crown” is largely acoustic based, featuring a delicate guitar motif and evocative, heart wrenching keyboard work. “Stone Wings” also sees the band on top form, perfectly playing up to their mantra of ‘gloom, beauty and despair’ as the song builds and progresses to a crushing crescendo. Melodies twinkle brightly amongst brief, creeping guitar chugs in “Here on Black Earth”, which peaks with a truly wonderful guitar solo, whilst the melancholic harmonies in “Clouds on Your Side” are the sort of thing that only a Finn could muster. We close with “Never Left”, a suitably gut wrenching slab of doom that offers us no resolution… we are simply left to carry on, rife with grief and anguish. It’s not how you want to be left to feel, but as a conclusion to a doom metal album, it’s spot on.

It would’ve been difficult to know where Swallow the Sun could’ve headed after Song from the North, such was the breadth of territory that three piece suite covered. When a Shadow Is Forced Into the Light is both a suitable summation of everything they have done so far, as well as indication that they are not afraid to enter unchartered waters in the future. A bleak album from a group whose future seems brighter than ever.

Find out more on Swallow the Sun here:

When a Shadow Is Forced Into the Light is available on January 25th via Century Media Records, and can be purchased here.