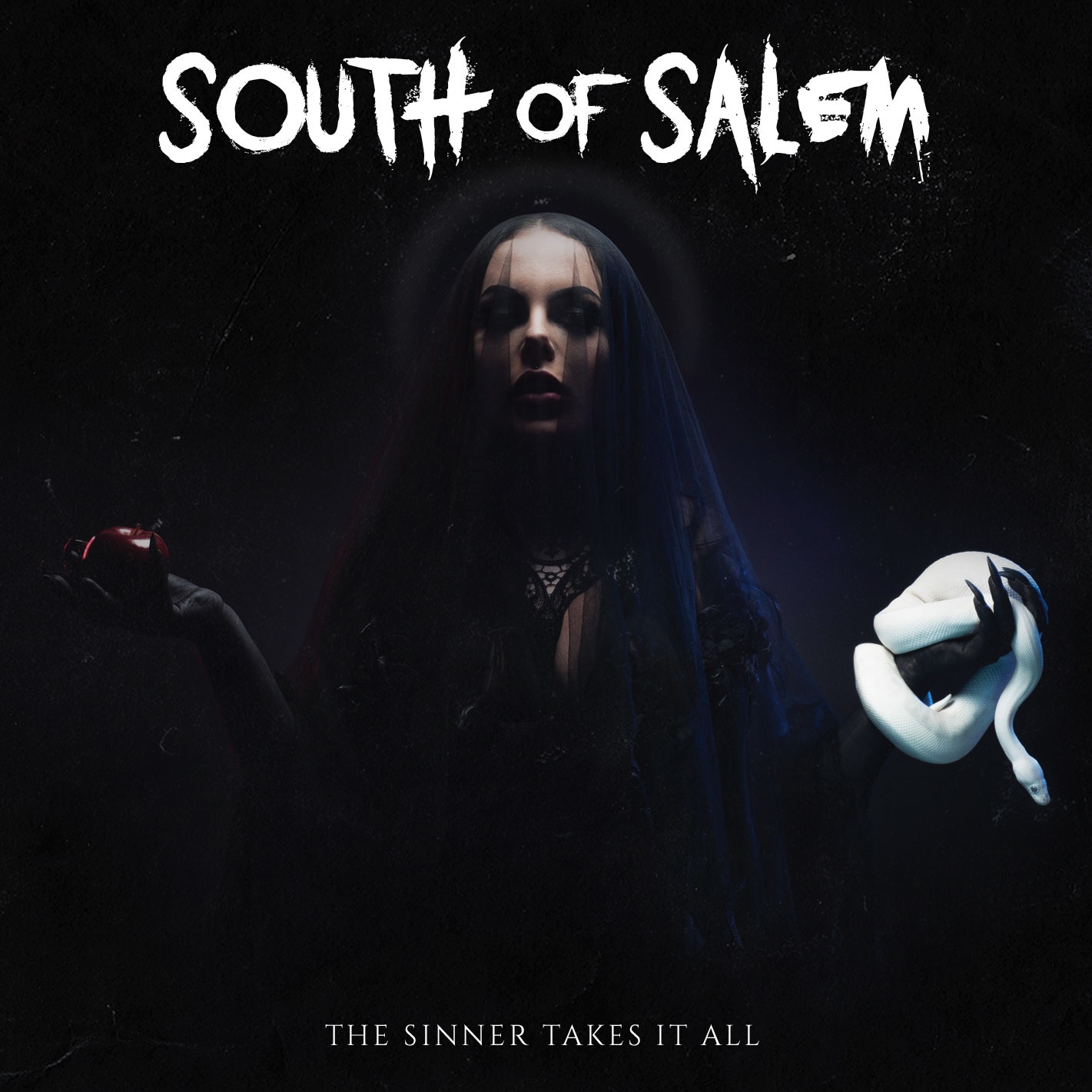 It’s hard to believe that these five guys from Bournemouth have been playing under the radar and in various guises for nearly 10 years, supporting The Damned, Iced Earth and Wednesday 13 among others. But now is the dawning of a new era, it’s time for South Of Salem to launch themselves into the fire pit of the Devils magic and announce their debut album. ‘The Sinner Takes It All’ is intentionally only one letter different from the Abba hit album ‘The Winner Takes It All’ and as I read the press notes I discover there is more to these 10 songs that just your usual romantic gestures. The album title reflects how the rich and corrupt abuse those less successful and cause pain and hardship, while the tracks themselves are written with the blood and tears of the band members personal experiences. The deep scars and fractured bones are clearly visible while the soul destroying and mental health issues lie unseen. Every song has a meaningful message and most of us can relate to more than one. It’s a striking and disturbing view of our world and our society these days and how we are often subject to other peoples hurtfulness, even those we love. However, it’s not all negative vibes !

The words ‘Unknown Genre’ on the download stare back at me and after the first play of the album, I understand why. It is impossible to put SOS in a box, there is Rock/Thrash/Sleaze and Punk influences, all battering together in that bubbling cauldron, that pours out their music from the bowels of hell. ‘Let Us Prey’ has quite literally a thunderous intro, then a rapid and riveting riff leans low enough to scrape the pegs. Words are uttered to remind us not to let others stand in our way and Joey has a voice that screams that message to the depths of your brain. ‘The Hate In Me’ has a messy riff that churns and eventually sticks to the sides of that cauldron. You can feel the hate coming out in the lyrics, dealing with those who are toxic in your life and how to overcome their affect, it’s an amazing and beguiling track.

‘Pretty Little Nightmare’ is all about falling for the wrong one, yep I can relate to that ! More mellow and warm tones make this a heavy and rich ballad, without being overbearingly sweet. ‘Made To Be Mine’ has an interesting piece of commentary for an intro and there is a punch drunk and distorted sound in the main body. A melody that thumps you with sleazy backing vocals and a lament on a broken relationship turns into a pleasurable listen. ‘Cold Day In Hell’ focuses on gaslighting and the abuse from those who control and play on emotions. (Speaking from someone you knows, you don’t even realise it’s happening until it’s too late and then your health suffers). Plenty of evil chortling and spinning of the Devils work, it has a chug of a riff which is sublime. The latest single ‘Demons Are Forever’ came out on September 10th, which was suicide awareness day. (The band dedicated the song to their friend, Josh Huxter) If you would like to join SOS in supporting Mind please go to www.mind.org.uk/donate and give what you can. A haunting and dramatic song with added keyboards from Alex Avdis, it gets the point across and the video is truly absorbing, please see below.

‘Another Nail In My Coffin’ is a whirl of upbeat and swiftly deposited riffs. Slightly punk and aggressive it jumps and leaps with a carefree attitude. A play on the term another notch on the bedpost, it tells of the dangers of online dating and how easy it is to be misled. Great rhythm and I love how the guitar swoons into an appropriate dive towards the end. The final track ‘Dead Hearts Don’t Break’ isn’t the strongest to hold last place, but the vocals are a rant of anger and the flow picks up midway. Telling of how you can survive after a break-up, it certainly hits home.

Sounds pretty heavy doesn’t it ? I guess what South Of Salem have achieved, in a very hard hitting and direct way, is to release a lot of anger, hurt and resentment that has built up over the years. They tell us, using their lyrics, there are ways to overcome any problem, whether it’s depression, a painful situation or anything that’s had a negative affect on you. On this album through the ten songs, that are superbly manufactured, they have certainly got the message across.

The album was recorded at Grindhouse Studios in Suffolk, with acclaimed producer Scott Atkins (Cradle Of Filth, Amon Amarth and Behemoth). When we finally reach a covid free environment and are able to stand side by side at live gigs again, this is one band I would recommend seeing live. In the meantime pre-order the album HERE . Join them on their social pages and wallow in this beautiful yet devilish work.

“Greed, manipulation, corruption, abuse; essentially what we’re tackling here is low life in high (and low) places, and even though we’ve seen some positivity come out of this awful Coronavirus pandemic, it’s not enough. Sadly, most of the time it is the people that use others, that manipulate and do wrong that ultimately come out on top and leave a trail of mental health and wellbeing issues in their wake!” – South Of Salem

8. Another Nail In My Coffin