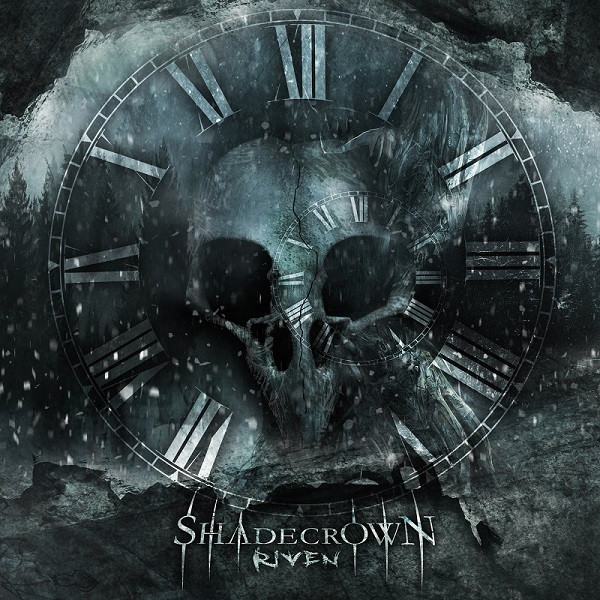 Finland has a long and storied history with melodic death metal, dating back to the early ’90s when the likes of Sentenced were putting their spin on the style. Many bands have come and gone since then, but the common thread that has run through them all is the unique melodic phrasing that they use. It’s so distinctive that when you hear it, you just know it’s a Finn playing. They say familiarity breeds contempt, but there can be a certain comfort in having a degree of expectation as to what you’ll get. This was certainly the case upon hearing the first few seconds of Riven, the sophomore record from Shadecrown.

The issue of course is it can be very tough for new groups trying to break through into genres packed with such talent, unless you’re hitting it out of the park right away or offering something radically new. I can’t say that Shadecrown have done either with this album, but it’s not for a lack of trying. They belong to the doomier ilk of melodeath, not unlike Swallow the Sun, whilst also incorporating groove influences into some of the chuggier riff patterns. They’re not afraid to get adventurous with their songwriting, but when they put ideas into practice, their compositions lack a cohesion that makes a lot of the material sound directionless. Transitions between sections can be choppy, and at times it’s a disjointed affair, as if there’s a reluctance to commit to one true direction. It’s a bit of a shame really, as there’s some really nice stuff here, but the way it’s been strung together is often haphazard.

That said, there are a few songs where it really comes together. “Not Until the End” gets Riven off to a promising start, plotting symphonic keys against a backdrop of stuttering riffs, dual guitar harmonies and gruff, grunted vocals. However, it’s also a song that highlights a problem in the mix. Like the songwriting, there’s often a struggle to find the right balance, and when everyone is tussling for the same sonic space, the drums usually come up trumps, to the detriment of everything else. It’s something you sort of get used to the more you listen to the album, but as a band that is reliant on atmosphere, it can be immersion breaking. Elsewhere, “Incomplete” delivers the whole package, as marvellous guitar lines intersperse with sparse, chilling verses and a high octane bridge, whilst “Divided” is proof that their bold approach to songwriting can pay off, with drummer Kalle Varonen’s frequent tempo shifts leading the band seamlessly through a multitude of movements.

I don’t wish to sound too negative, as Shadecrown have made a decent enough record here. In a wider context though, decent isn’t really going to cut it. It’s been a good year for the genre already, and this album will struggle to make its mark, particularly as it’s being released in the shadow of a superior effort from Insomnium. I’d never actively discourage anyone from listening to Riven, but just be aware that there is better stuff out there.

Highlights: “Not Until the End”, “Incomplete”, “Divided”

Riven is available on October 11th via Inverse Records, and can be purchased here.