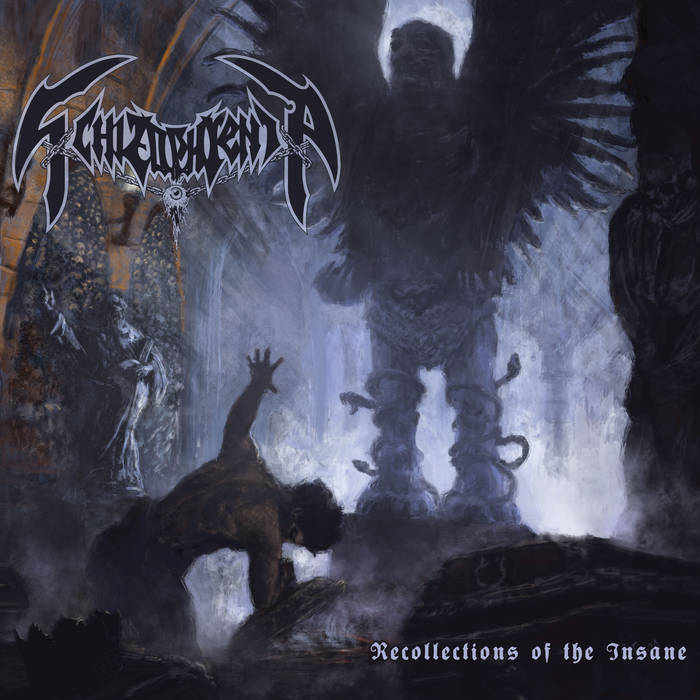 In a time before grunge, The Black Album and a seemingly endless list of subgenres of heavy metal music, cutting-edge metal musicians in the late 1980s played the space race to see who could play the hardest, the heaviest, the fastest, following in the sacrilegious path laid out by Venom’s Welcome To Hell and Slayer’s Reign in Blood. Out of thrash, the first wave of black metal, and hardcore punk, death metal would rear its ugly head and become one of the most popular musical forms that ‘flew the flag’ for metal over the testing final decade of the 20th century.

Death/thrash, for me, represents an exciting point in time for metal as bands continually pushed the limits of what metal was and could be. I also think of fairly specific eras of Kreator or Sepultura when I think about death/thrash, the genre representing a certain time in metal history (again, a personal viewpoint… I’m aware that bands have continued to blend the two genres after the late 80s/early 90s heyday). Death metal would go on to diversify, but the biggest acts looked forward, rather than back. In the conversation about death/thrash, Antwerp’s Schizophrenia would be worthy to be mentioned in the same breath by anyone, if not for arriving some thirty years later.

While their more influential predecessors scrambled to become the heaviest and most aggressive, Schizophrenia don’t have to play the same game. Their approach to death/thrash is refined, tasteful and musical. Marty VK and Romeo Promopoulos’ blistering dual guitar attack in ‘Sea of Sorrow’, for example, stands above several of their genre peers in terms of pure musicality. Schizophrenia may not enjoy the same place in metal history as such peers, but reap the benefits of having three extra decades worth of guitar heroes that couldn’t influence those earlier bands that crossed over the two genres. ‘Souls of Retribution’ even seems to almost evoke jazz fusion in its lead guitar work. The duo are refreshingly unreliant on whammy bar squeals or speed exercises in order to shred.

The drumming is also fantastic. Whether drumming expressively in ‘Onwards Into Fire’, or furiously blasting the living daylights out of the kit in ‘Monolith’ or ‘Inside the Walls of Madness’, Lorenzo Vissol’s control of the kit is sublime throughout. The detail-orientated approach to writing can be heard as Lorenzo occasionally sneaks in an extra beat during ‘Sea of Sorrow’, or over carefully-calculated moments where Ricky Mandozzi’s grinding bass is allowed to come to the front of the mix. Doubling up on lead vocals, Ricky’s gruff bark feels at home with the music, sounding very OSDM-like, although you wonder if a more extreme vocal style would add another layer to the music.

Schizophrenia are unashamedly old-school in their musical approach. The power chord sequences in lead single ‘Cranial Disintegration’ have a distinctly 80s-sounding feel, and there are plenty of grooves that come out of the classic Slayer playbook. The creepy classical outro to ‘Onwards to Fire’ has a vintage quality to it, and the squealing, feedback-drenched guitars that introduce ‘Divine Immolation’ at the start of the record really give a touch of old-school evil from the word go. Yet, with the talents of Fleshgod Apocalypse’s Francesco Paoli in the production chair, they are assuredly modern in a sonic sense, with a crisp and powerful-sounding release. If a modern listener were to find ‘classic’ death/thrash albums too raw and primitive-sounding, the sound here would have the potential to draw them into the genre.

It seems that Schizophrenia take full advantage of the musical era they’re living in to create a strong, relentless effort with no weak tracks or lesser moments. Their times of all-out aggression are electrifying and hostile, as they should be. Yet the ever-present musicality is absolutely enviable. An exciting new release!