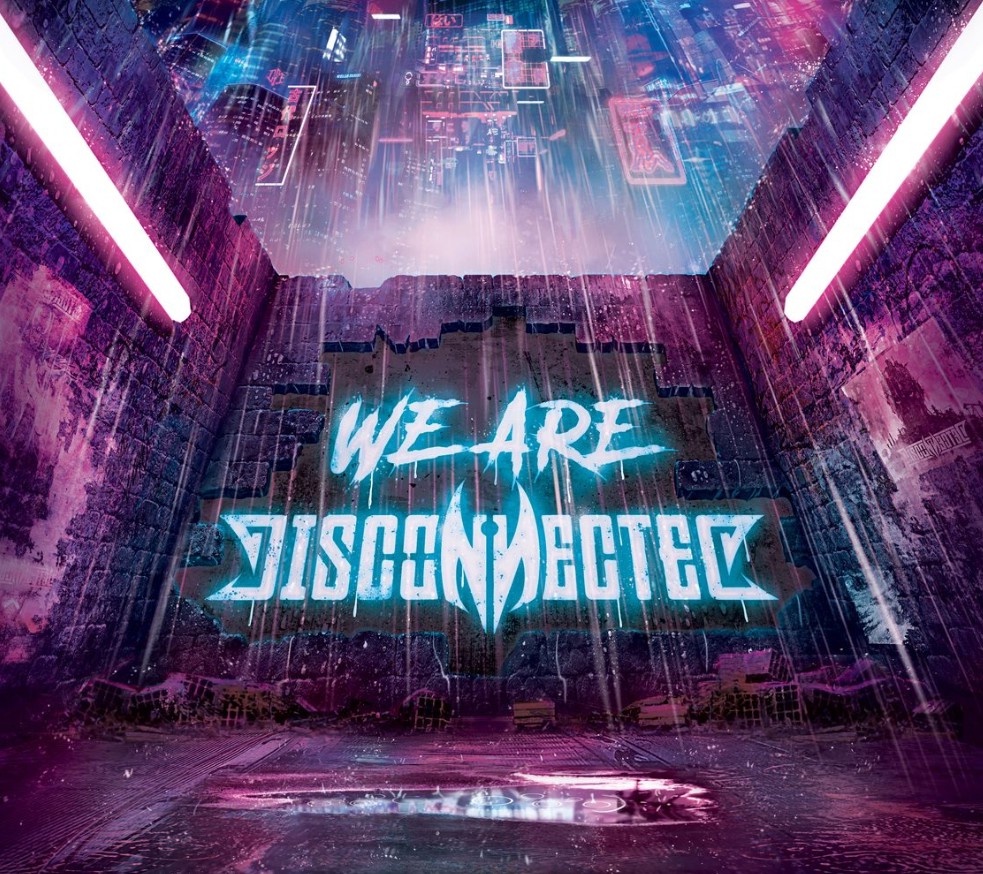 Disconnected hail from France and were accompanied by the title of being a modern metal band.
Due to over use of excessive genre tags I found myself wondering what on earth a good old fashioned, plain metal band actually sounded like.

As far as I can tell from these chaps, it appears to consist of big riffs and a mix of harsh and clean vocals.
I know, so far so metalcore right?
Couldn’t be further from the truth.
There is a lot going on here, and for the most part it’s an entertaining and enjoyable right.

The two opening tracks, “Life Will Always Find Its Way'” and “King Of The World” are the best songs that Machine Head haven’t written yet.
And I say yet, as they have the hallmarks of the Blackening era Machine Head, huge grooves, lumbering heavy riffs, subtle build ups with big payoff releases, but in comparison to the latter day Machine Head, Disconnected have kept these songs succinct and to the point. Which works wonderfully.
The opening duo have various different sections to them, a little Gojira here, some Vola chunky riffs there, but none of them outstay their welcome and they deliver a brilliant opening pair of songs.

Things lose a little steam on the third as the ghost of Devin Townsend hangs very heavily over “Your Way To Kill”. Not that there’s anything wrong with Devin, but when a band puts as much effort into a song for it to sound so close to another artists work it loses a little of it’s charm, as it doesn’t have quite the same nous as one of Devin’s many moments. It’s not a bad song, just a little underwhelming when compared with the obvious influences.

The next track leaps up a gear and picks up the pace, “The Only Truth” rocks a lot more than it headbangs. This is where the influence of bands like Vola and H.E.R.O. start to rear their head as, dare I say it, pop melodies creep into the huge chorus, this balances out with some fantastic free flowing guitar solos and it’s a perfect mid album punch of energy.
The next track “I Fall Again” continues in the lighter vein with fast and catchy metal riffs and some wonderful clean vocals for 80% of the song. The pace is swift and builds to fantastic crescendo with some excellent guitar work looping around the hook laden refrain.

“That’s How I’ll Face The End” oozes 80s class with some beautiful NWOBHM overtones, and yet at the same time somehow manages to squeeze in some 90s alt rock vibes. It’s a perplexing beast of a song. But one that probably has the strongest songwriting on the album as it switches gears and styles with ease and flows brilliantly.
After such a wonderful display of music, “Primal Rage” feels a little flat and one dimensional. Sadly it’s position in the album isn’t doing it any favours, but on its own it is still a bit of a metal by numbers affair.
Curious that it was one of the lead singles considering how nondescript it is.
It was the last one I heard before getting this album, and it put me off listening to the album as it is rather bland.
Thankfully they bow out with a stunning track, “A World Of Futile Pains”, it is epic, in every sense of the word.
It’s the longest song on the album and takes a few turns along the way, with a delicate synth intro building into Devin Townsend territory towards the end, but this track feels much more assured and has more of their own stamp on it.

So as the album ends I am still none the wiser as to what actual modern metal sounds like as this lot can’t seem to decide what they want to sound like, but for them it works as we have a fantastic, multi layered album that takes on different paces and tones across its 8 tracks to give the listener one hell of a journey.
And it’s a journey worth taking, revel in the twists and turns.