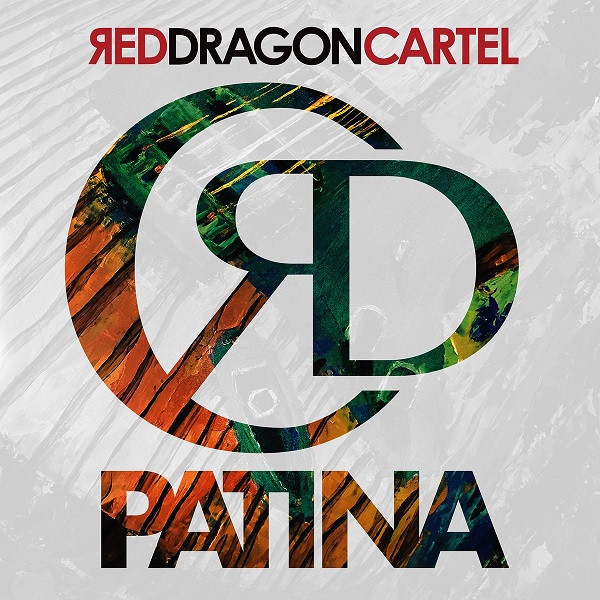 I may as well get this out of the way: I’m a big fan of Jake E Lee. I was hooked from the first time I heard his scything riffs and breathtaking leads on Ozzy’s legendary “Bark at the Moon”, and he still commands a spot among my favourite guitarists these days. Having subsequently traversed through the Badlands and solo instrumental canon after my Ozzy binge all those years ago, I was delighted when he returned from an extended exile with Red Dragon Cartel’s (RDC) debut in 2014. With a string of guest vocalists on record and a touring cycle that saw frontmen chopped and changed at a rate bordering on comical, it’s pleasing to see that the line-up appears to have settled for the group’s sophomore effort, Patina.

The most apparent thing about the album is how it feels more like a band rather than a solo project this time round. This is largely due to Smith not having to share vocal duties with anyone else, but there’s also a more unified, streamlined sound to the ten tracks. Whereas the debut felt like Jake was being broader with what he was writing, here he sounds focussed on giving RDC a truer identity, as if he an idea of where he wants to take the group. He plays as if he sauntered into the studio and laid down a succession of scratch tracks with the minimum of fuss or preparation… not because he’s unprofessional or careless, but because he can, because that’s the character he wants to instill into Patina. It gives the album a sense of excitement and spontaneity, despite there never being a danger of Jake falling on his face; that lingering tension gives things a little more edge. I do find Phil Varone’s drumming to be comparatively stiff at times, which can fall at odds with Jake’s approach, but he does do some tasteful stuff when he deviates from anchoring beats, so it proves not to be too distracting.

Upon pressing play, “Speedbag” doesn’t deliver on the promise of its title, serving up a lethargic opener that merely highlights the collective competency on show, rather than drawing the listener in. “Havana” soon rights that wrong with an Iommi esque groove and the sort of nonchalant swagger Jake excels at. The vocal hooks perhaps don’t shine like they should, and Smith is ordinary and indistinct as far as singers go, but he does his job well enough. I’d love someone spectacular behind the mic, but Smith is not detrimental to the experience, he just doesn’t add much to it. That said, he does come up with some nice vocal patterns, notably on album highlights “Ink & Water” and A Painted Heart”. The former is a superb rocker that closes the record in style, whereas the latter is a laidback number with some sweetly picked acoustic motifs, splendid solos and a some great bass lines from Anthony Esposito. The bass work is important to the overall feel of Patina, with Esposito’s chunky tone pushed high in the mix to accent the grooves.

Elsewhere, the shuffling strut of “My Beautiful Mess” delicately balances tranquillity and dissonance, whilst “The Luxury of Breathing” drops a massive, grinding riff and a throbbing rhythmic pulse into the melting pot with reasonable success. The remaining tracks all have their highs and lows, and therein lies the biggest weakness with Patina: there isn’t enough consistency. As time wears on, I imagine most will pick and choose their favourites and only spin the entire thing once in a while, as I find it’s too patchy for repeat listens.

I wanted Patina to be the album that would emphatically put Jake’s name back in the spotlight, but I don’t think it’s good enough for that. It’s not a bad record per se, it just fails to ignite any sort of real enthusiasm in me. It simply can’t stand up to any of Jake’s previous work, but maybe that’s more my problem. After all, those records with Ozzy and Badlands were products of a different time, different groups… a different man. This is Jake in 2018, and he’s having fun; you’ll have fun too, just as long as you don’t expect the fireworks that Jake was (and probably still is) capable of.

Patina is available worldwide on November 9th via Frontiers Records, and can be purchased here.