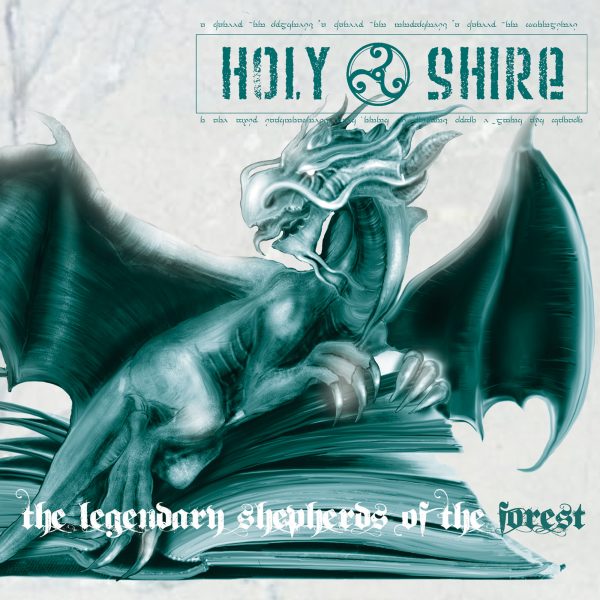 If the band name and album title didn’t make it obvious enough, Holy Shire are a symphonic/power metal band with heavy fantasy themes. The Legendary Shepherds of the Forest is the second full length album from the Italians and, while I am not familiar with their debut, with a title referring to the legendary Ents of Tolkien’s Middle Earth, I couldn’t resist giving this one a spin (one does not simply ignore Lord of the Rings material).

As it turns out, only two of the eleven tracks actually take influence from Tolkien’s work: the title track and The Gathering. The former is a slow and eerie track, led predominantly by strings and flutes, with a staccato guitar line creeping along in the background. The interplay between the instruments is intriguing and draws you in. In fact, it is a shame when the standard distorted guitars come in for the chorus and disturb the effect. The most ambitious part of the track is the interplay between the multiple vocalists. Now, if you get your kicks from falsetto operatic vocals then I would stop reading now, because the piercing and thin vocal delivery do this track, and indeed the album, no favours at all. The interplay between two of the vocalists prior to the chorus sounds disjointed, and the way several words start lower and then ascend to the note they are trying to hit gives the whole thing an unpolished and wavering sound. Such harmonies and simultaneous delivery of separate vocal lines are peppered throughout the album and just sounds jarring more often than not (the opening vocal notes of the main riff of The Lake sound like someone tasked with writing a Spinal Tap style symphonic metal piece). I feel that the band would benefit from focusing on the quality of vocalist rather than the quantity.

Vocals aside, the actual music of Holy Shire has much that will please folk metal fans. The flute plays a major role throughout and leads main riffs such the jig of Danse Macabre, which will see many a drinking horn spilled. The guitar and bass form a solid backdrop to this, and the interplay between all three instruments in the middle section of The Lake forms a very grand musical tapestry. It’s just a shame that the vocals often distract you from what the rest of the band are doing.

The Legendary Shepherds of the Forest is very much an album of two parts. On the one hand there is the instrumentation: flutes, strings and harps seamlessly playing alongside the traditional guitar, bass and drums to create a highly atmospheric soundscape, although one lacking in the power and impact that is typical of this genre. On the other hand there are those vocals. The shrill operatic delivery completely distracts from everything else going on, whether it is at the forefront or performing a backing harmony for the main line. Many of the higher notes are unconvincingly hit, and in at least one instance hits the wrong note entirely. Dedicated fans of the band or the genre will undoubtedly seek to correct me on this and justify the performance. That is fine, I wish them much joy from this album, but I doubt it is going to win over anyone who doesn’t already like the band. My only praise is that the impact of the vocals made me completely forget that my initial draw to this band was a Lord of the Rings reference, a draw that I suspect will leave many listeners disappointed.

The Legendary Shepherds of the Forest is released on 26th October 2018 via Heavy Metal Records UK and can be purchased here.