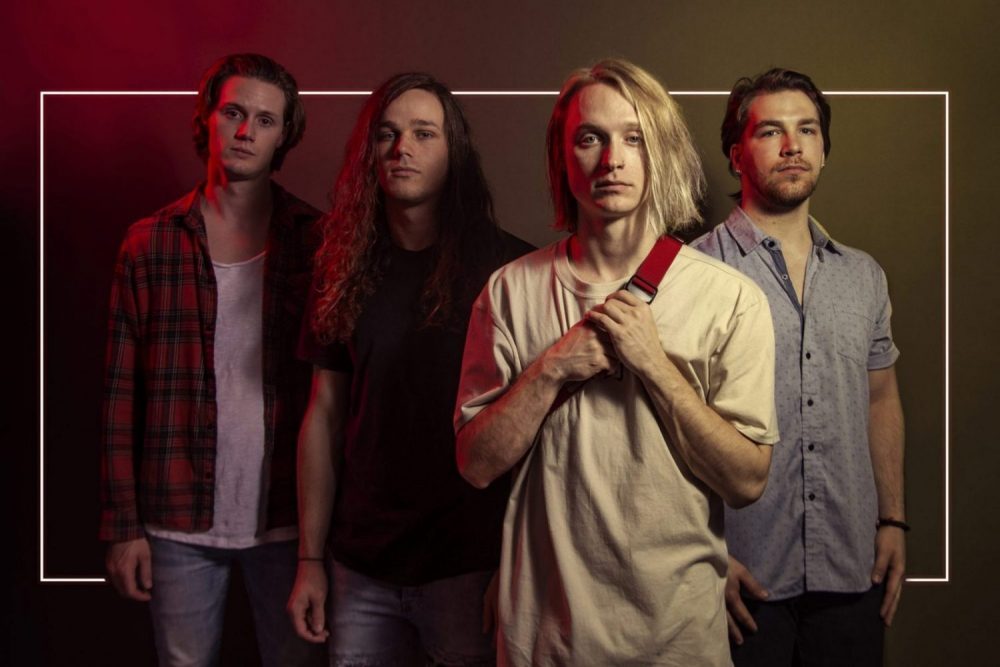 Kentucky-based band Picturesque takes us down a road of nostalgia with sophomore album Do You Feel O.K? Due to be released on the 24th April, it’s been three years since their debut full-length album Back to Beautiful in 2017. But this album is a lot darker than the first. The quartet present an electrifying and brutally honest take on post-hardcore music that is a trip down memory lane for fans of Pierce the Veil and Sleeping With Sirens.

The album begins with ‘Necessary’, a melancholic track with a catchy groove. The listener is instantly met with Kyle Hollis’ stunning vocal range, which is a striking blend of Vic Fuentes’ (Pierce the Veil) and Kellin Quinn’s (Sleeping With Sirens) voices. Already, we can tell that the band doesn’t stick to any coherent genre but captures a combination of rock and post-hardcore with some pop influences.

The next track ‘ATTN:’, one of the album’s singles, has some massive pop vibes. There are synths, jumpy rhythms, a catchy chorus and some amazing vocal runs. But all of this is met with a roaring chorus of guitars, raw vocals and punchy drum patterns- tropes of rock. As many other musicians have explored, the two genres can work seamlessly together. Picturesque show us how it is done.

The band explores the dark reality of online dating with ‘Swipe’. The lyrics describe this relatively new culture at face value – merely an attempt at beating loneliness. ‘Prisoner’ is a more anthemic track but in no way does it drop the melancholic air that Picturesque seem to have adopted for the album. The song has a nice balance between a reverbed, clean guitar sound and the heavily distortion in the choruses. Like this track, ‘Holding Me Down’ and title track ‘O.K?’ are extremely vulnerable and brutally honest. Hollis has this raw and gravelly voice, but a stunning belt. He creates a sound that is both melodical and heart-wrenching.

Concluding track, ‘Day By Day’ brings the album to a close with an emotional and thought-provoking message. I like that the band have slowed it down without stripping it back. The song still features a distorted guitar sound, and some strong effects and reverb, maintaining the album’s melancholic ambience.

Although they remind me of certain other bands, Picturesque’s sound is still young and fresh. With Do You Feel O.K?, they’ve put a modern, dark and relatable twist on 2010s pop-punk and rock.

Highlights: “Necessary”, “ATTN:” and “Holding Me Down”

Do You Feel O.K? is out now via Equal Vision Records and can be purchased here.