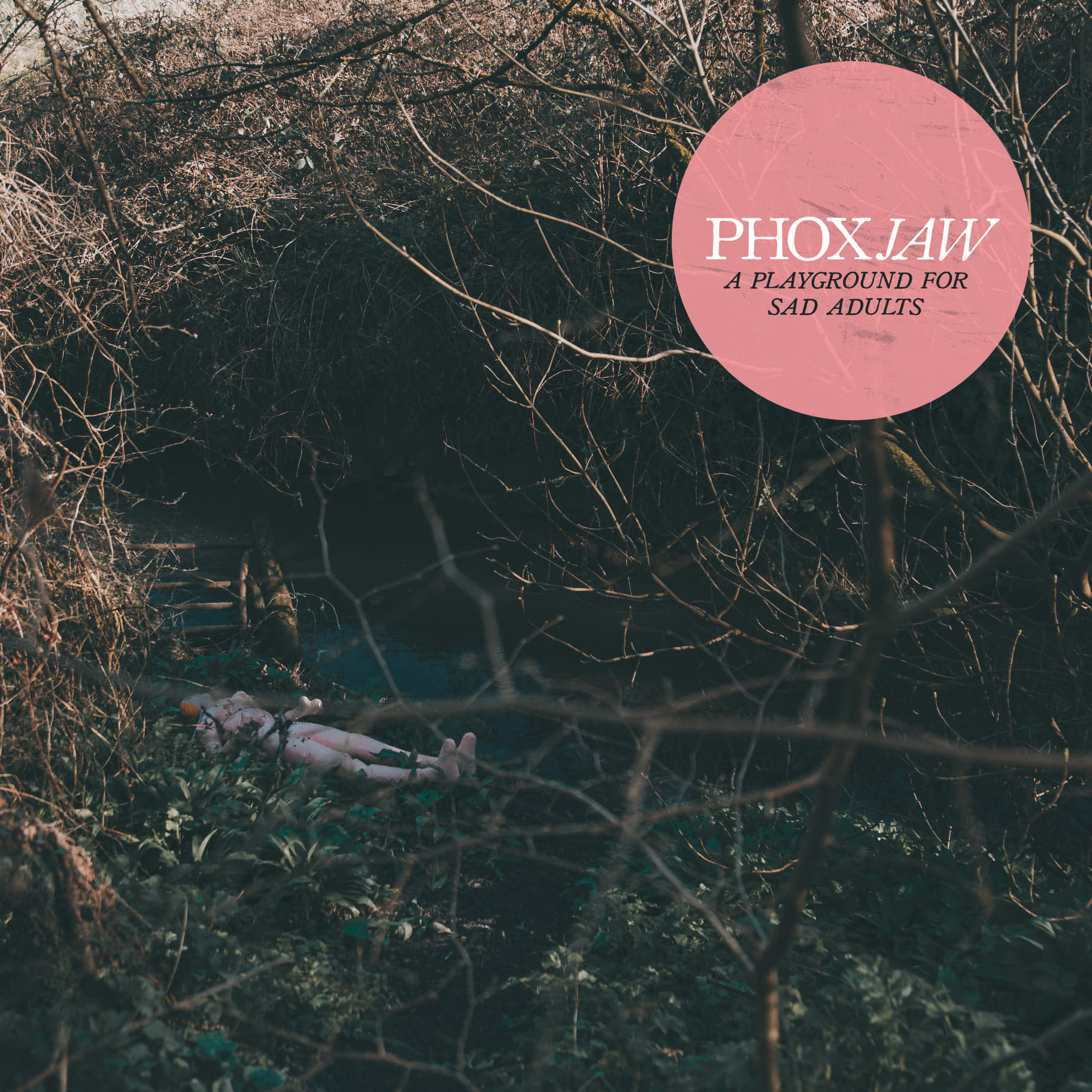 Phoxjaw have grabbed my attention in recent times for support slots with some of the great bands in the more expansive parts of the rock scene, most excitingly (though also disappointingly seeing as they’re only on the EU dates) being recently announced for an upcoming tour with Black Peaks. Having heard some good things about the band from people who have seen them, as soon as A Playground For Sad Adults came across the desk at MMH, I grabbed it up with some anticipation. Will it live up to the hype around the band?

After the mercifully brief (no, I still don’t like these) intro track the first proper song- Melt, You’re A Face Of Wax- sets the scene for the rest of the album, with an angular, stop-start lead guitar part that carries on throughout the whole song with a big fuzzy riff supporting it. It’s initially quite jarring on first listen but by the time you get to the breakdown on this track on your second go round it will all make sense. The chorus is irresistible which helps, but it’s also helped by the fact that the rest of the tracks on the EP are much more immediately accessible. The second song, Monday Man, is a much more linear track that could almost be an alt rock radio single, were it not for the backing screams. It’s hook, as with all the rest on this EP, is absolutely irresistible. The fuzzy, bass propelled verses carry you along for an enjoyable ride as well, and when the band go a little more expansive after the second chorus there’s never a sense of disappearing up the bands own behind. They keep the songs short, impactful and most importantly interesting.

Phoxjaw have an incredible grasp of dynamics, knowing the exact moment to flick the switch from quiet to explosive and when to change a clean vocal to a scream to add intensity. This is mostly up for display on the hugely Deftones inspired Whale, Whale, Whale. While it never indulges in the more shoegazey side of the Deftones sound, the riffing certainly captures that feeling. The floaty vocals in the quieter moments also capture that feeling, but are contrasted with incredible screams, before descending into a moment that wouldn’t be out of place on a TDEP record after the second chorus which itself leads into a doomy dirge. Bodiesinthewall follows this incredible track with a more expansive track that never picks up the same level of hard-hitting riffing as the previous tracks, but it just shows that Phoxjaw don’t need to rely on that for interest, instead employing a vocal melody that could have been ripped straight off of a Black Peaks record. It’s incredibly impressive, especially as the chorus is again utterly irresistible. It does get crushingly heavy in a post-metalesque way before closing in a sweet nursery rhyme melody.

The final track, The Curse Of The Button Man is much more anguished track, with a huge pre-chorus that soars into the crushing, scream oriented chorus, with a blast of white noise dropped in after the second chorus. It closes on a huge building riff into a guitar line that escalates the tension before hitting that final chorus with even more impact than normal. It would be the perfect closer to the EP, if they didn’t tack on an unnecessary closer that could be separated into an outro track, it doesn’t feel like it adds anything and probably should have been cut out.

Despite my frustrations with the intro and outro to this EP, it’s been a long time since I’ve taken the time to rave about each and every song on a record. This is one of the most exciting releases of the year, just make sure you give it the time to grow on you. Phojaw have lit the spark for what could potentially be a very exciting career here. They just need the support of rock fans, and the quality of the music should earn them that with ease. Keep an eye on this band, they’re great now and could be even better in the future.

Highlights: All of the songs

A Playground For Sad Adults is out on 5th July via Hassle Records and can be purchased here.