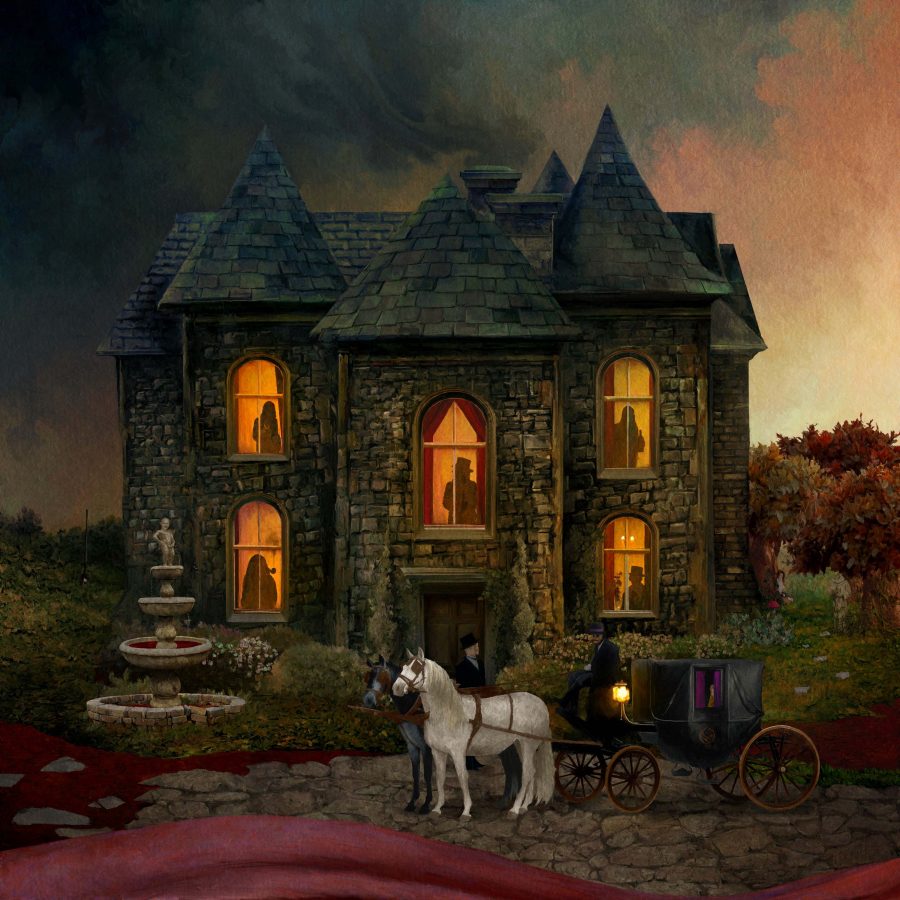 For many, Opeth used to be the pinnacle of progressive metal. After stunning the musical world with a series of exemplary albums combining the best of both progressive and death metal music, they then veered away from the death metal side of things (much to the dismay of many fans) to concentrate on their take on 70s progressive rock. Album number thirteen, In Cauda Venenum, looks to continue this pattern, so if you are longing for the return of the famous growl of frontman Mikael Åkerfeldt, I can tell you now that you will find this album wanting. For everyone else, you may be in for something special. The album was written while the band were officially on hiatus from recording duties, so Åkerfeldt found himself free to focus on music away from the deadlines and pressures imposed by their record label. The result is what Åkerfeldt describes as, by Opeth’s standards, ‘something different’.

The first major difference to note is that the lyrics on In Cauda Venenum are all in the bands native Swedish. An English version is available, but as Opeth themselves consider the Swedish version to be the ‘official’ one, so it is the Swedish version that this review shall focus on. If people will happily sing along to Rammstein without understanding a majority of the lyrics, then I don’t see why Swedish should be any different.

Opening instrumental “Livets Trädgård” begins with a distant choir that is quickly dragged into the modern world with pulsating synths reminiscent of something you might here on the Stranger Things soundtrack. A simple piano melody completes the image, with the whole soundscape slowly building and then receding, leaving the lone voice of a child to introduce the first ‘proper’ song, “Svekets Prins”. It’s this and following track, “Hjärtat Vet Handen Gör” that will decide whether you are going to get on with this album or not. Both combine heavy rock rhythms and riffs with rapidly switching musical themes and textures, making them two of the more accessible tracks as you don’t need to become overly engrossed or focused to enjoy them. So, if you don’t get on with these then odds are you won’t enjoy anything that follows.

If I was forced to summarise what does follow it would be as what happens when you combine a 70s prog. band with dark jazz and film score sensibilities. “De Närmast Sörjande” makes inventive use of strings and ascending melodies to create a highly dramatic chorus theme that is just one of the many kinds of ‘heavy’ sound created on this album. “Charlatan” takes the more traditional route by using djent style guitar riffs coupled with heavily accented polyrhythms and dissonant and atonal keyboards. “Banemanne” sounds like what would have happened if Black Sabbath took up lounge jazz. “Kontinuerlig Drift” switches between gentle acoustic passages and dramatic lead guitar lines, making great use of changing dynamics to add weight where required. Ultimately, the number of ideas crammed into each tracks relatively short run time is verging on miraculous. A common problem with progressive music is that longer songs can start sounding self-indulgent and fleshed out more than they need to be, yet for the most part Opeth avoid that. No passages hang around for any longer than required, and many actually leave you wanting more. They all play a part in what is a very well-structured album, that seamlessly moves between tracks and themes using clever interplay between different instruments and styles.

If Opeth really wanted to really make headlines, then they knew what they needed to do: write another death metal album. But they didn’t. They wrote an album that they wanted to write, ignoring outside pressures and influences, which itself shows you that In Cauda Venenum is a true labour of love rather than a pandering to the requirements of a record contract. It isn’t a particularly accessible album, so if you are new progressive rock then I would point you elsewhere. However, if you already have an affinity with this style of music, or you like to become absorbed in weird and wonderful musical structures and melodies, then In Cauda Venenum will keep you happily occupied for many repeat listens. It is a beautifully arranged album that is more than worthy of any progressive music fans attention and is the best album that Opeth have released in this style to date.

In Cauda Venenum is released on 27th September 2019 via Moderbolaget / Nuclear Blast and can be purchased here.