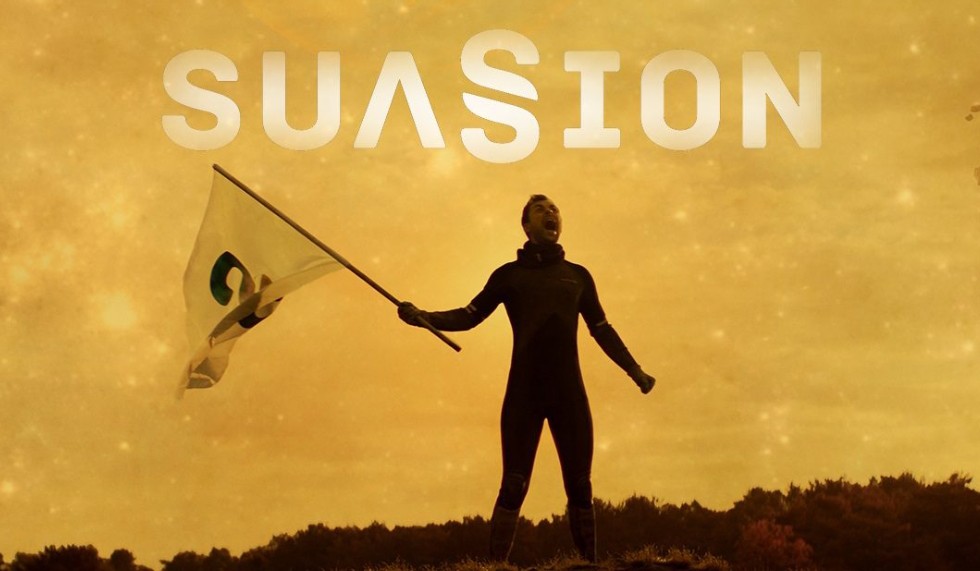 SUASION share another movielike video
for the single ‘Infinite’!

“Traverse the sky, turn on the light the aim is nigh, beyond limits, I’ll be the first to face the infinite,” sings vocalist Steven Rassart in this heart-wrenching chorus, cultivating a moody cinematic sound. “We create almost everything on our own, from recording, mixing music to producing our videos,” say Suasion.

SUASION – Infinite (Official Music Video)
The video continues the band’s story in a dream-like journey. Suasion traveled in cryogenic containers, when unsettling flashbacks of a medical check appear, counting down to landing on a new planet and discovering an unknown blue matter as the song climaxes.

Steven adds: “We want to release a long-player organized like a film that narrates a story innovatively, and we have already started implementing a cinematic experience in our previous album ‘Stardust’”.

“We even plan on releasing several videos throughout the year that will center around a secret mission that Suasion is a part of and the story concludes with the whole album’s release,” comments Julien, bassist and creative mastermind.

’Infinite’ follows Suasion’s first drop, ‘Murphy’s Law’ featuring Florent Salfati (Landmvrks), blending the raw fury of metalcore with the dramatic atmospherics of modern metal. All music videos by Suasion are created together with Pavel Trebukhin from TRE FILM as director and Julien Dejasse (bass) from JD Production as a video producer, while Nicolas Pirlet (guitar) is recording, producing, and mixing all the Suasion songs. Suasion already impacted the European scene with their previous releases and aesthetic music videos, which opened the doors to famed international festivals such as Euroblast Festival, UK Tech-Fest, Jera On Air, Miner Fest Kastival, and many more.