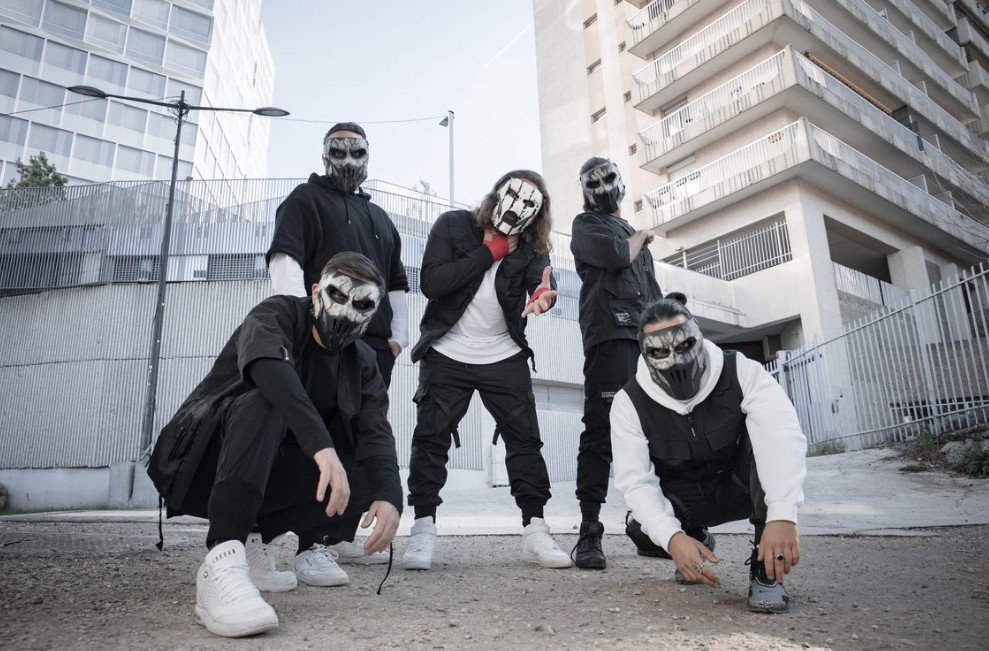 French groove/nu-metal thrash monster RAGE BEHIND
drops powerful second single/video ’Dictated Freedom’
The second single from Rage Behind ‘Dictated Freedom’, has a strong message, and is as powerful as it is catchy. The song released via Atomic Fire Records has a blunt message to tackle the illusion of freedom dictating our lives through choices imposed on us. And it’s a call to find your own freedom!

RAGE BEHIND – Dictated Freedom (Official Music Video)
The main riff is inspired by the mid-tempo groove of the 2000s metal era. “Listen to your rage, and make it an ally to reach your goal,” explained Edward Vale, drummer of Rage Behind.

Rage Behind is an alliance of musicians from the suburbs of Paris that combines forces to defend the legacy of modern groove and thrash metal titans and spread a call to fight in a world of ever-growing disgrace. The band aggregates the precision of Slayer and the groove of acts like Lamb of God. Their heart is fueled by passion, rage, and ambition. France might be famous for fine wines but that’s nothing compared to their metal scene. Rage Behind might be hidden behind a mask, but they deliver the message!