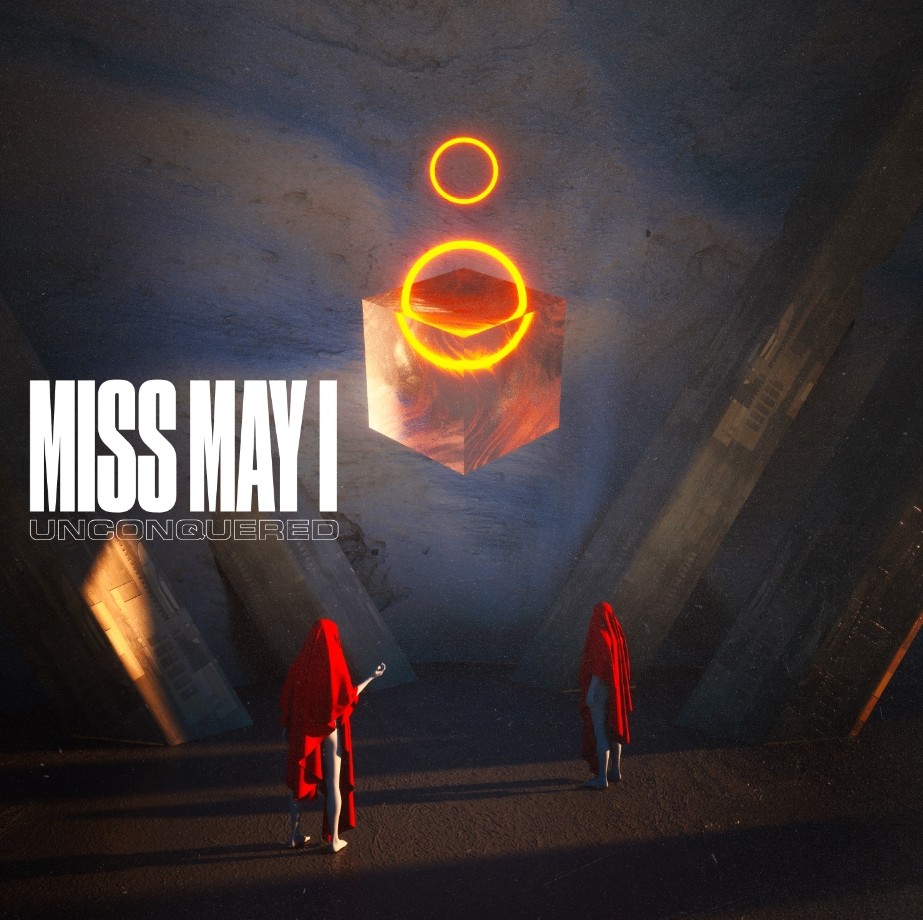 Levi Benton comments on new single ‘Unconquered’ (produced by Grammy-Awarded Will Putney (A Day To Remember, Body Count, Every Time I Die, The Amity Affliction,) – “We as well as everyone else went through the ringer the last couple of years. Some of us worse than others and even more of us finding ourselves in the darkest places we never thought we’d end up. After that experience and making it out – it felt as if a battle had been won. That’s what “Unconquered” is all about.”

MISS MAY I and their fans grew up together, a shared bond reflected by the music itself, equally inviting to longtime devotees and newcomers alike. Relatable real-life concerns present themselves across the band’s music and lyrical collaboration.

Levi Benton, B.J. Stead, Justin Aufdemkampe, Ryan Neff, and Jerod Boyd don’t shy away from arresting confessionals about depression and hopelessness in their heaviest, darkest, angriest songs. But a spirit of hope and a newly broadened worldview inform the album as well, with urgent vigor.

“Unconquered,” the first taste of new MISS MAY I music since 2017, is an anthem of resilience for the postmodern age. “Unconquered” is pure MISS MAY I. They remain unconcerned with commercial aspirations, fighting with authenticity and integrity to summon the most potent song of their career without sacrificing the heavy hooks that punctuated the crossover success of 2017’s colossal Shadows Inside.

Watch the new music video below:

About Miss May I:
The men of MISS MAY I were high school students when they picked up the New Wave Of American Heavy Metal torch set ablaze by bands like Killswitch Engage, Lamb Of God, and All That Remains.

Arguably the most prolific group in the Warped Tour-era of the vibrant metalcore scene, the Ohio boys cranked out a breathtaking six albums from 2009 to 2017, some of them just a year apart.
They delivered unforgettable performances on global tours, including runs with Five Finger Death Punch, Pierce The Veil, Asking Alexandria, August Burns Red, and Gwar. A generation of fans who connected to the band’s blend of pummeling chaos, irrefutable breakdowns, and singalong choruses cherish MISS MAY I. The band perfected its style from early outbursts through recent works like Rise of the Lion (2014) and Deathless (2015). “Shadows Inside” (23 million streams on Spotify alone), “Hey Mister,” “I.H.E.,” “Forgive and Forget,” “Relentless Chaos,” and other MMI staples became anthems.

Revolver Magazine included the band’s debut in a 2021 article titled “10 Essential Metalcore Albums from 2009: The Year Everything Changed,” alongside classics from Architects and We Came As Romans. As early as 2010, Alternative Press (who later put MISS MAY I on the cover) praised their “mix of catchy, Swedish-style riffs and mosh pit-ready breakdowns.” AP singled out Benton’s “convincingly enraged roar,” bassist Ryan Neff’s clean vocals, and the “blazing two-guitar team” of B.J. Stead and Justin Aufdenkampe, whose riffage was worthy of Arch Enemy or In Flames.

Rounded out by drummer Jerod Boyd, MISS MAY I even kept the same lineup together for more than a decade. MISS MAY I celebrates over a decade of savage metalcore and soaring melody, revitalized and poised for another insurgent renaissance. They remain armed with unmistakable power, road-hardened experience, a steadily building catalog, and an unrelenting spirit, supported by a diehard community.