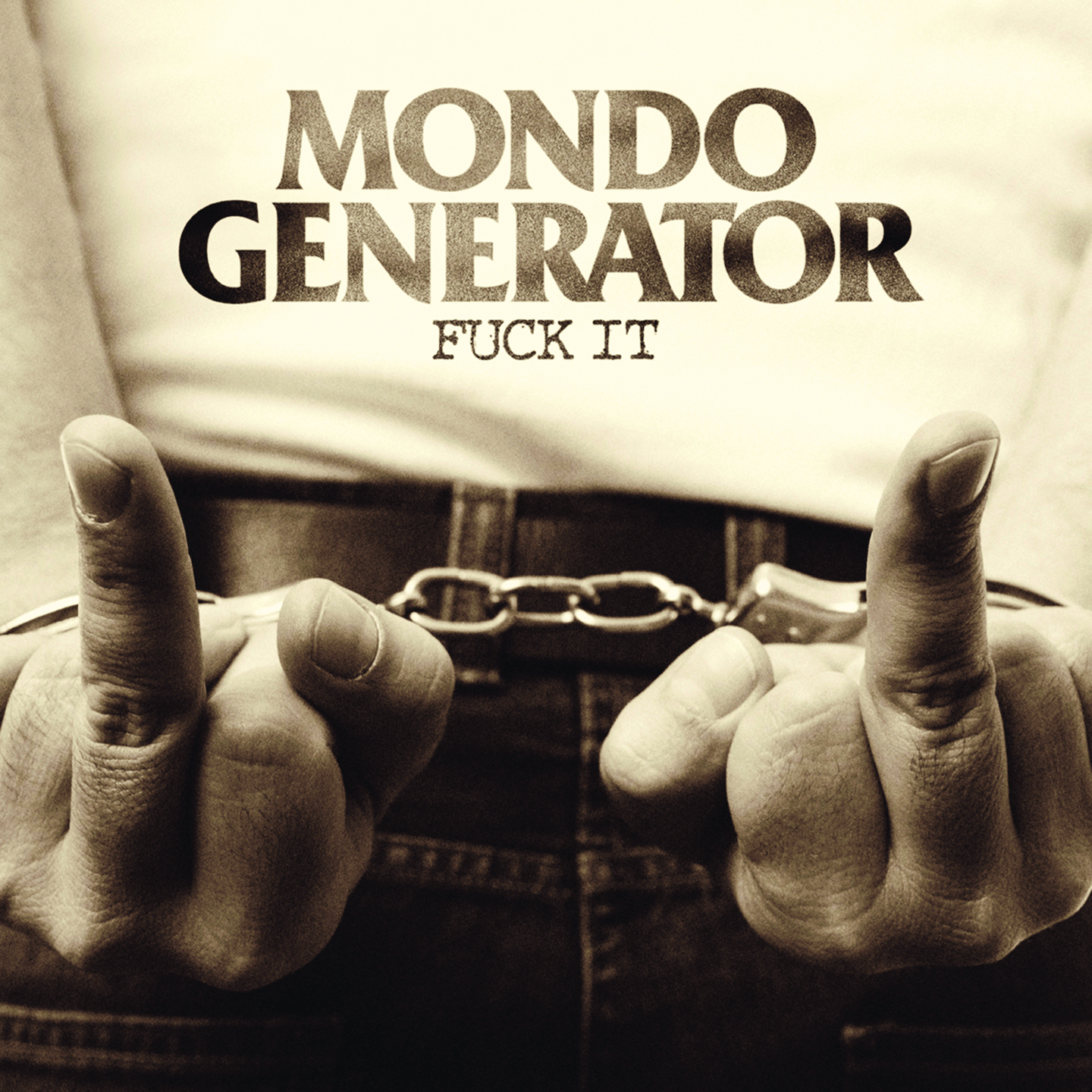 Nick Oliveri has done well to keep himself busy and active in music over the years. Despite being fired from Queens Of The Stone Age back in 2004, he has collaborated and worked with many artists since, and has released albums under his own solo project. However, after shifting the line up to match the same one of Oliveri’s solo band Uncontrollable, Mondo Generator are back with their first album in 8 years. What’s more surprising is that the band are releasing not just one, but two albums in the space of a week. Although the latter (Shooters Bible) might have more anticipation surrounding it due to the fact it was never released back in 2010, ‘Fuck It’ is the one that’s fresh, coming straight from the studio. Specifically, Josh Homme’s Pink Duck studio. Even after all these years, Oliveri and Homme are still involved with each other. Anyway, let’s get into it.

The opener sounds cool, but also as if they’re trying to do a bit much for one song. There isn’t much else to say about it really, it clashes more than it mixes. Kyuss Dies! Isn’t just a song that stands out for the name – but for its solid sound. With a classic southern rock groove, it retains a consistent rock feel throughout the song, with a few ideas laid over the top of it to hold the interest of the listener. With a comedic reference to Oliveri’s old band Kyuss, what makes it more ironic is that Homme filed a lawsuit against Oliveri and the rest of the band for trying to continue the band under the name Kyuss Lives! I guess Nick must have accepted defeat on that one then.

Turboner is a simplistic punk tune that talks about partying Mötley Crüe-style. With the influence of Dead Kennedys and old Queens (think you ain’t worth a dollar but I feel like a millionaire), the shouty vocals match the vibe and intensity of the song to a T. This is followed up by the title-track, Fuck It. While the two songs have their similarities, the latter probably has a greater degree of QOTSA influence. Additionally, it’s a more measured approach. Having said that, it’s got a great punky feel, with the band pushing the song along, before transitioning to a breakdown section, which was a bit unexpected. Despite this, it works and leads nicely into a welcoming guitar solo. Then the band bring back the fury of the first half of the song, giving the song a good balance and a powerful ending.

About half of the album feels like Nick’s ambitious vocals thrown over creative riffs, however they lack cohesion. There’s ideas and material there, they just don’t always fit together. Maybe with the album clocking in at 13 tracks (14 with the bonus track), the band could have condensed the numbers and focused on quality more than quantity. Death Van Trip is a bit of exception to this, with the guitars and vocals blending together better, making for a more well-written tune. Listening To The Daze is another one that’s creative, utilising an interesting melodic run on the guitar that almost sounds like the green hornet theme song.

Ultimately, the album does what it says on the tin. Oliveri isn’t a guy that takes himself too seriously, so if you’re a fan of his work, you’re most likely the same (don’t kill me, I never said it was a bad thing). Despite not having the level of musicianship of Queens’ records, or the songwriting strength of Homme, Nick and his band still bring the fire and desire to the music. However, I feel like some of the songs are a bit forced. Also, there seems to be a theme amongst the tracks, but I’m not 100% sure about the length of some of them. You’ve got some over 5 mins and some under 1 and a half. There seems to be a bit of indecisiveness surrounding the album, seeing as they named it ‘Fuck It’, that was probably their approach. If you’re already a fan of the band, or if you just like a good old’ thrash & bash, you’ll probably enjoy it. If you’re looking for something a bit more musical though, you’d have more luck looking elsewhere.

Fuck It is out now via Heavy Psych Sounds and can be purchased here.