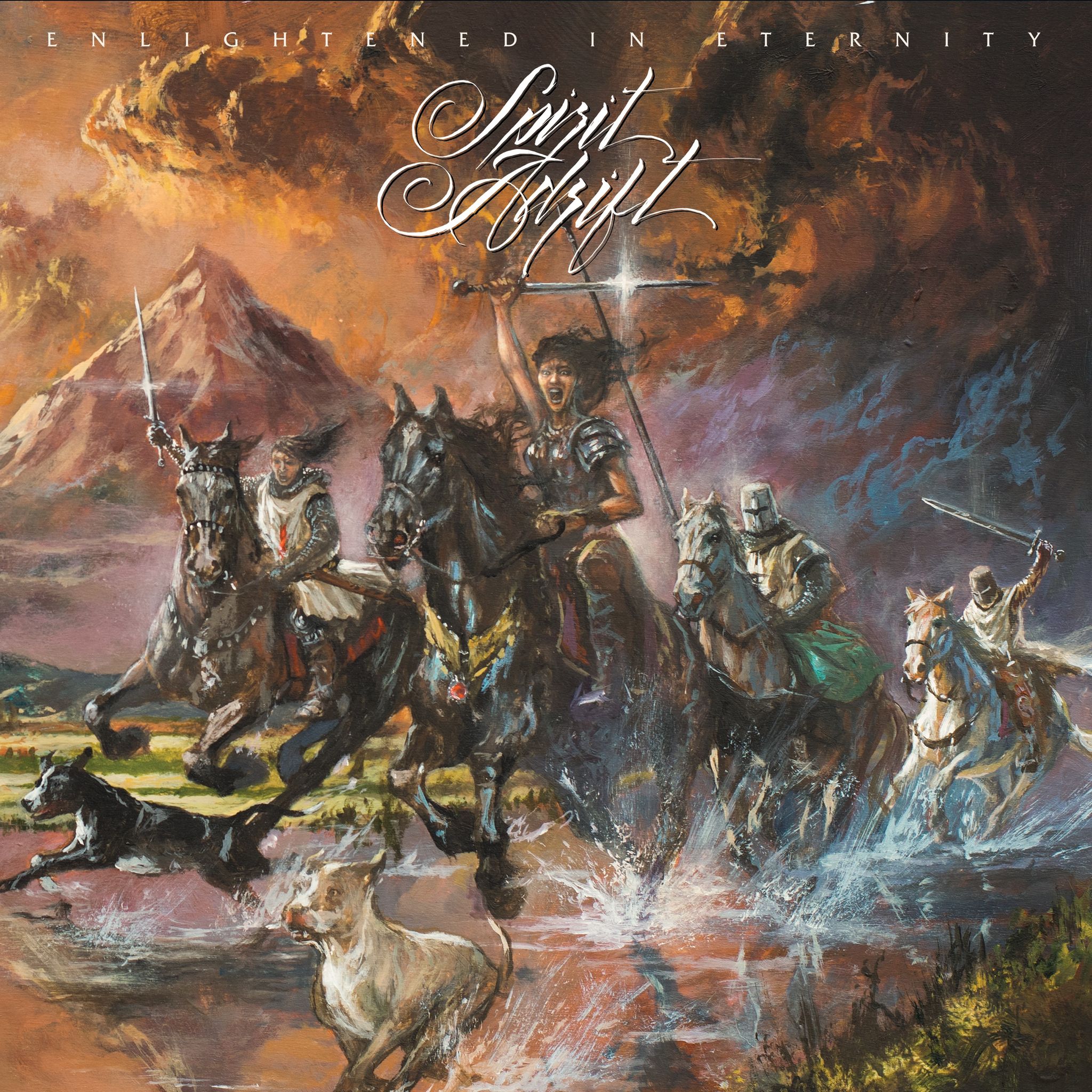 The progressive / psychedelic / sludge / bit of everything troupe from Wigan released the gargantuan Melted on the Inch back in early 2018 and it hasn’t left my regular rotation since. This eight-minute epic in the middle of the album takes you on a journey, from gentle percussion at the start, through soft, pensive verses, anthemic choruses and a mindblowing end riff to round it all off. And no, that isn’t a typo in the song name (they’re all like that on the album).

I first saw Boss Keloid one early afternoon in the Sophie tent at Bloodstock 2016, and it’s great to see how far they’ve come since then with releasing ‘Melted on the Inch’ and undoubtedly becoming cult heroes in the UK underground scene. They absolutely owned it in the same tent last summer, but much later in the afternoon, and to a much bigger crowd too! It’s incredible how they manage to sound exactly the same live as they do on record.

There’s a new album on the way. I can’t wait. More like this one, please.

I was told to listen to the new Sound of Origin album by a good friend of mine only a few months ago. I hadn’t heard of them at all, but I was absolutely blown away. Having played guitar a little obsessively for half of my life, I tend to focus on the instrumentation and dynamics when I listen to music. I was therefore surprised to find myself fixating on the absolutely insane vocal range possessed by frontman Joel Bulsara. He can do it all – from the low throat singing, grungy mid ranges, powerful highs and earth-shattering screams.

It’s hard to pick a favourite from The All Seeing Eye but this would be one of them – it’s catchy and to the point, but crams a lot in. The tempo changes are hugely effective (the super-slow parts in the chorus are devastating), there’s great riffs, and a stunning vocal performance at the front.

The best album of its genre since Melted on the Inch above; have a listen if you like bands like Alice in Chains and Kyuss, but love the super heavy stuff too.

Trivium – What the Dead Men Say

Alright, let’s go for something a bit different now. I’ve been spinning the new Trivium album a lot. All the songs are great, but the title track is in a league of its own (with several other of the album tracks, mind).

What the Dead Men Say is the band’s second with sticksman Alex Bent, who’d been in a lot of super-technical death and thrash metal bands before joining the Florida four-piece in early 2017. The Sin and the Sentence was a huge return to form for Trivium, but you can see with its follow-up just how Bent was seemingly holding back on the previous album. Just listen out to the fills, grooves and blasts in the video above. Every metal band wants a drummer like this.

Not to detract from the other members – the technical riffing, ten-ton breakdowns and infectious melodies are proof of a muscular all-round performance from Trivium. This song is one of Trivium’s best ever in their 20 year career, with its incredible fusion of melody and aggression. They work best with both elements and this song has heaps of the pair.

Cosmic Conquest is my standout track for the album for its incredible chorus. It’s not too dissimilar to something Judas Priest would have written, except the singing is a lot grittier than Rob Halford’s operatic screams – not to say, though, that Nate Garrett hasn’t got a great vocal range. The melodies just stay rent-free in your head for days.

The song shows off the band’s progressive tendencies without meandering too far into the abyss. There’s a great section around the 3:50 mark that changes up the feel and flow of the song, without it sounding like a different track. Plenty of ‘woaaahhh‘ing make it expertly designed for the stage – whenever gigs do come back, I won’t be missing Spirit Adrift.

The double-sided ‘Omega Severer’ EP dropped earlier this month on Metal Blade Records – the same as Spirit Adrift above – and the US label certainly seem to be on a run of form. Dvne hint at their 2021 album to come with the epic title track, and also nod to the past with a re-recording of ‘Of Blade and Carapace’, from an older EP.

Omega Severer is a proggy journey, opening with a moody chord sequence, before going into aggressive, sludgier territory, and drawing back into different movements and textures. They seemed to have mastered the contrasting art of light and shade, quiet and loud, heavy and soft, and their new track is evidence of this.

2017’s Asheran was fantastic, but the vocals are much improved on Dvne’s new recordings. The clean singing sounds a lot stronger and convincing, and even the harsher, more ‘metal’ vocals have a lot more power to them. There’s even some Dark Side of the Moon-esque operatic vocals during an interlude. Amid the dizzying instrumental work, the vocals still shine, and this is no easy task.

It’s refreshing to see a band not rest on their laurels and strive to do better. Dvne are looking very strong indeed for the years ahead.