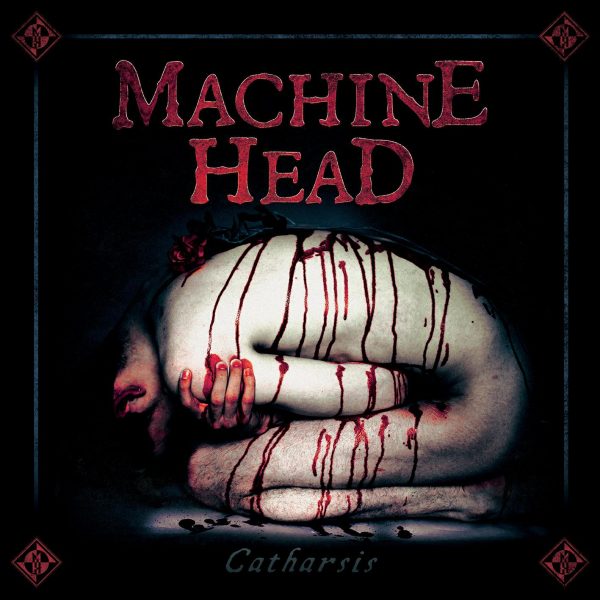 Machine Head are probably the band we take most for granted in modern metal. With six stone cold classics under their belt and another two albums that are at least decent it’s criminal that they aren’t one of the biggest bands in the world. When frontman Robb Flynn announced that their new album would be like The Burning Red, many fans seemed to be upset, despite the fact The Burning Red is one of those six classics I mentioned. It is massively underrated. Machine Head can always be counted on to release a good album, but just how good is Catharsis?

Let’s get this out of the way first, as always, every single performance on this album is excellent. Dave McClain’s drumming is flawless, the riffing lives in a very groovy realm that is irresistible for anyone who likes to head bang. Robb’s voice is still incredible engaging and well used throughout the album, but it’s bassist Jared MacEachern’s backing vocals that really elevate this album beyond just another great Machine Head album. Whether it’s the excellent harmonies, or the brutish bellow on Grind You Down it really adds an extra dimension to the songs which hasn’t been present on previous Machine Head albums. I must say though, the previously mention bellow on Grind You Down is so loud in the mix it drowns out everything else, which is definitely not a good thing.

The majority of songs on this album are business as usual for groovy Machine Head songs, but it’s the moments on the album where the band do something different that this album is at its best. On Triple Beam, Robb’s vocals start to ride the beat, giving him an almost rap-like flow, which works excellently with the lyrical narrative of drug dealing and murder. Triple Beam also features a spoken word passage that is almost as hard to listen to as Five on The Burning Red. Bastards is also a highlight, a moment of pure emotional release. A moment of catharsis if you will. From the soft opening to the rollicking folk-punk of the rest of the song it’s an anthem in the making. However, if you don’t share the same political leanings as myself or Robb you might find the lyrics too blunt and off putting, which is a shame as just on a musical level this might be the best song Machine Head have ever released. Behind A Mask is a purely acoustic cut that really highlights the vocal interplay between Robb and Jared, it’s beautiful, even if it brings about of a mid-album slump in momentum.

Heavy Lies The Crown has the hard task of picking up the momentum after this slump, but I think it succeeds by not trying to come in at a hundred miles an hour. Instead the sinister strings that build in the intro brings the listener to the edge of their seat, as Machine Head continue to build over the course of a couple of verses. This is executed masterfully; new elements are always being added to add more tension and stop it becoming boring. When the full band swing in it has real impact. The momentum has been regained, and that momentum is used to carry the album to a close on the excellent Eulogy. This slow track is full of beautiful melody and pained vocals, including a slowed down version of the chorus to Bastards, this song truly is Robb Flynn’s moment. Towards the end of the song apocalyptically heavy guitars slam into the background and Robb revives his signature roar for the last time on the album. This is the final moment of catharsis on an album littered with moments like this.

For someone like me for whom Robb Flynn’s roar has always sounded like home, Catharsis was always going to deliver pure musical joy. But beyond that the musical canvas provided hear has something for the more conservative Machine Head fan, who just want riffs, and those who like Machine Head when they push outside of their comfort zone. Yes, an hour and fifteen minutes is long for an album, but when the music is this good why should we complain?

Catharsis is out 26th January 2018, it can be purchased here.