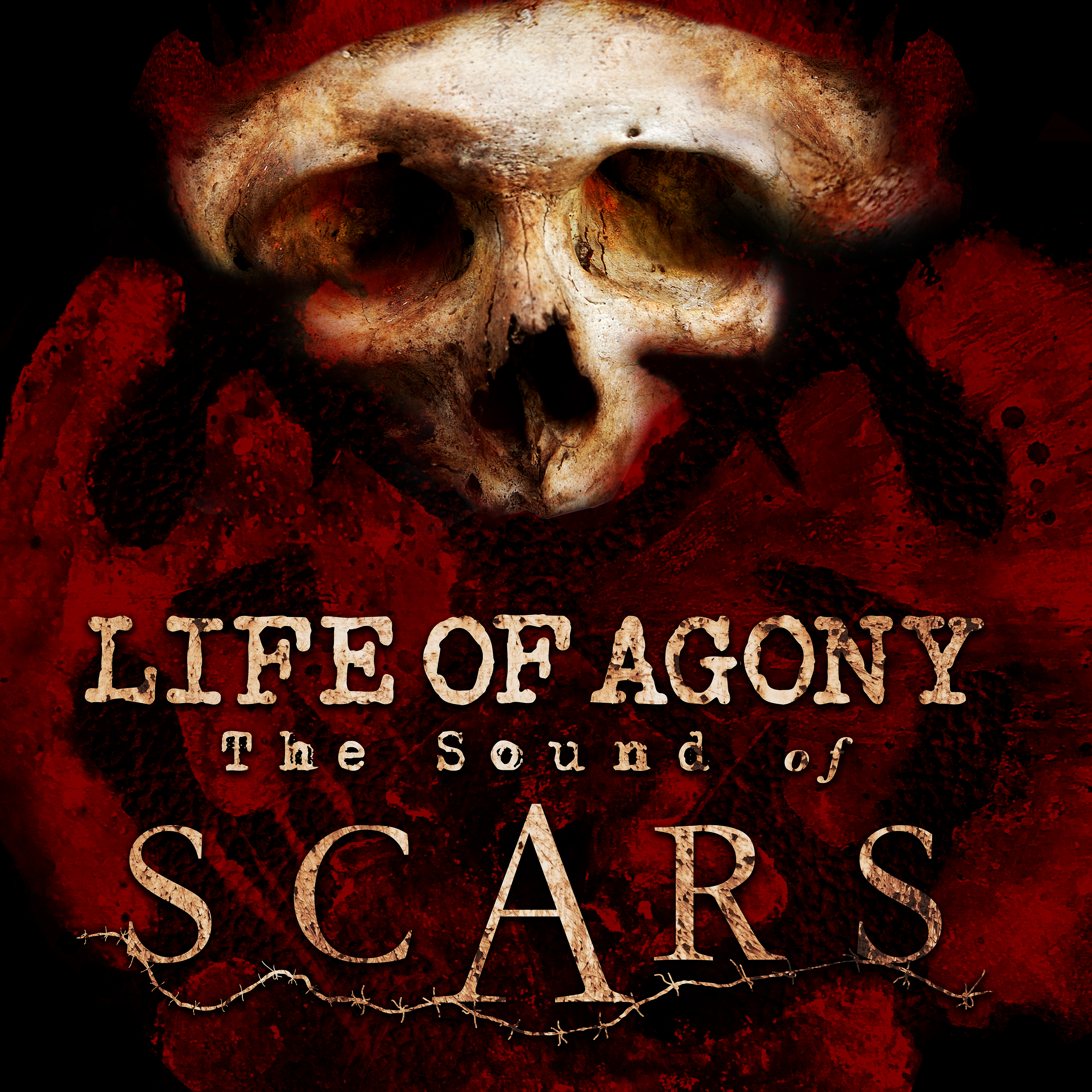 Life Of Agony have always been a bit of a cult band. Having come up in the 90s New York scene, they gathered acclaim for their debut album, River Runs Red. A concept album as a debut is always brave but it’s certainly stood the test of time and is beloved to this day. It makes sense that, at some point, the band would consider returning to the concept and continuing it. That’s what they’ve done on The Sound Of Scars. Does the album hold up to its beloved predecessor?

Scattered throughout the album are short skits to advance the overarching narrative. These are vague and leave a lot open to interpretation by the listener. This certainly adds a sense of accessibility for those of us who aren’t intimately familiar with the story of River Runs Red. However, these skits do break up the flow of the album, and the emotion of the skits- unnerving, depressing and bleak- doesn’t carry over into the music. Other than fairly broad themes like allusions to self-harm, depression and suicidal ideation there’s little direct correlation between the lyrics and the narrative. This makes the concept feel a bit tacked on and emotionally disconnected. The final track, I Surrender, does feel like a satisfying end to the narrative, even if it does drag on a little much towards the end with extended repetition. It does feel thematically appropriate.

Musically the album dwells in muscular 90s alt-metal for the most part. Scars is the perfect example of what the album offers musically. Thick guitar grooves drive the song along with an endlessly impressive drum performance keeping everything locked together. Most of the rest of the songs stick a little too close to this formula, three or four minute alt-metal songs that occasionally have a quieter section, all mostly at mid-tempo. Perhaps it’s a good thing that the skits break things up a little as these tracks may become blurred when played sequentially. While little stands out as particularly bad, the rest of the music is mostly functional, with some reasonably catchy chorus- like on Lay Down. What does stand out is when the band go outside of alt-metal a little, with high speed hardcore parts coming into prominence on Empty Hole and Eliminate, that give them a sense of identity compared to the rest of the album. Closing track also distinguishes itself by adding keyboards to the mix in a fairly prominent role which really adds character, despite the song dragging on for a bit too long.

Ultimately whether you should check out this album comes down to your investment in the story of River Runs Red. If you love it and really want to hear what happens next then The Sound Of Scars is absolutely essential. However, if you’re a more casual fan like myself then it might just pass you by and leave behind a decent, but not spectacular, alt-metal album. It’s not the worst album you could spend time listening to, but I doubt it will stick with you in the way its predecessor has for so many.

The Sound Of Scars is out now via Napalm Records and can be purchased here.

|
alt metal, cross over, Hardcore, life of agony, The Sound of Scars