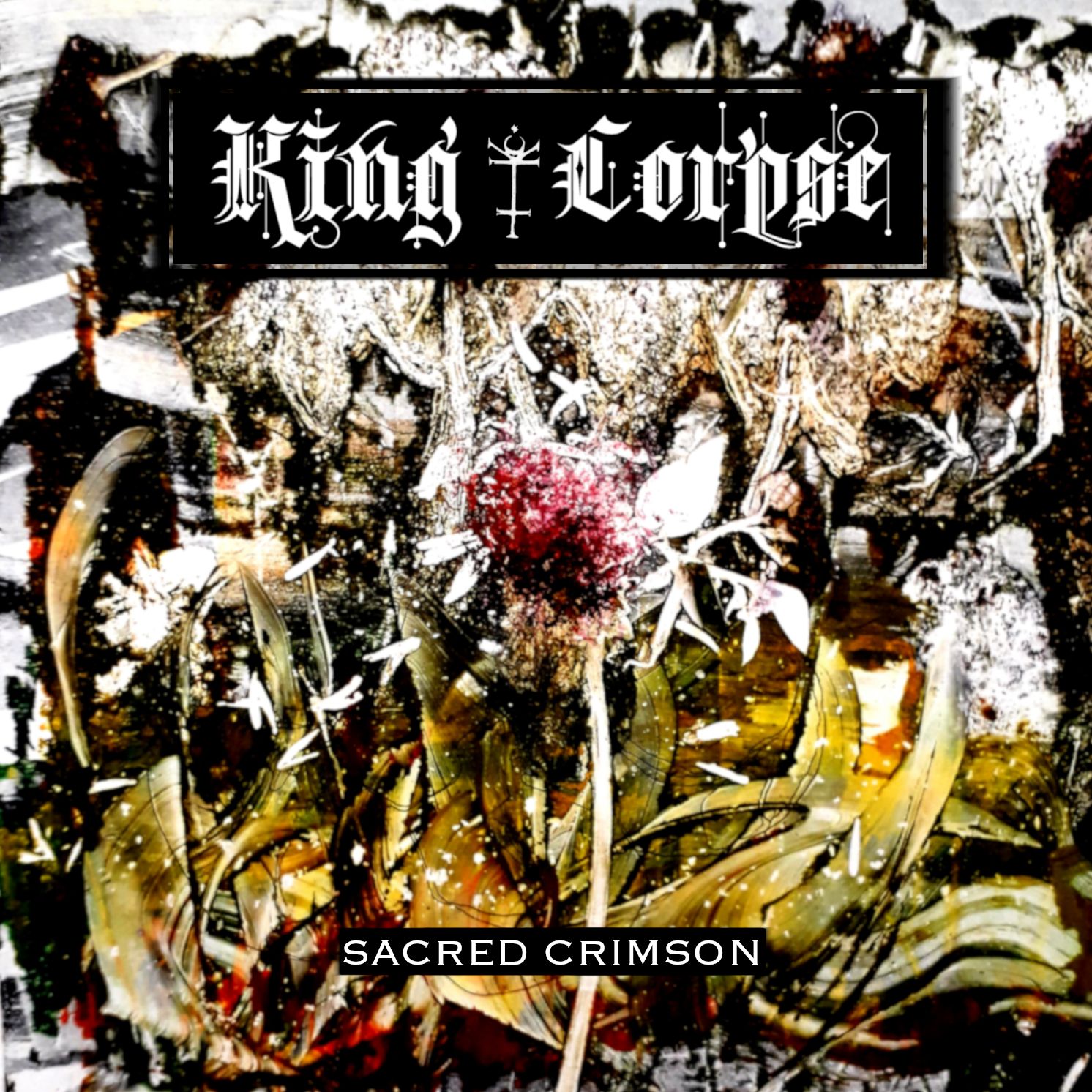 Black Country doom/sludge trio King Corpse have picked up a real momentum in the last few years. Opening for Conan and Monolord a couple of years ago, expanding from the Midlands to shows up North and an upcoming gig in Banbury, and finally – finally – a follow-up EP to 2016’s self-titled one. Between then and now, they’ve released triad of singles, which can be found as bonus tracks on the upcoming ‘Sacred Crimson’ EP, which is out in April. One of those is a fantastic re-recording of ‘Swamp Thing’, which rounded off a triumphant set at HRH Metal in Birmingham only the other week. What about the start of their set? Anyone who was there (and if you weren’t, you should have been) will remember a slow-burning, crushing sludge metal epic at the very beginning. Only days later, King Corpse released the song to the world.

Considering their band name, ‘Exhumation’ is a fitting title to the start of the next chapter for King Corpse. A quiet, cautious guitar opens the track alongside creepy ambience. Tastefully voiced chords, reminiscent of the more ethereal, progressive side of sludge’s coin slink into the mix moments before the fuzz pedals are stamped upon by axeman James Pearson, and Corpse introduce a real slow, grinding, headbang-y riff. The bass tone fills out the mix and is very well-produced. The song plods along with interesting time changes and alternations scattered throughout the verse riff, but the sound is like a well-oiled, tight machine. Jack Cradock’s vocals are gritty throughout, but carry a clear melody, even into the more abrasive bridges and choruses. As the song carries on, he even instigates a few particularly demonic-sounding shrieks. It’s almost like it could be the soundtrack to the very start of a horror movie, but with more stoner riffs. What could it be building up to?

Finally, ‘Exhumation’ drops into a euphoric instrumental section for the last minute of the song, with energetic tempo changes directed by Toby Sambidge, leading the backline with a noticeably massive drum sound, and even a cheeky lead bass part from Jack. One of the best riffs in King Corpse’s back catalogue polishes the track off. It’s a chuggy, groovy jam that defies the listener not to nod along, and makes a nice contrast to the parts immediately before, which are more based around chord play. Although King Corpse have always demonstrated a degree of progressive tendencies, ‘Exhumation’ takes them to a new, uncharted territory for the Black Country boys. As a result, the song sounds markedly original, despite its familiar doomy/sludgey aspects. James’ chord voicings over the course of the song avoid straight-out reliance upon typical power chord structures that have been used countlessly over the decades. Toby’s alternating drum patterns are clever, but never forgetting the essence and groove of the song. Jack’s vocal performance shows an underlying ambition, combining melody and sludgy gravel to startlingly powerful effect.

Exhumed corpses rise, indeed. Can’t wait for the EP to come out on the 17th of April. They’re headlining at the Foundry in Dudley on March 14th with Voidlurker and Tumanduumband. Definitely not a gig to be missed.