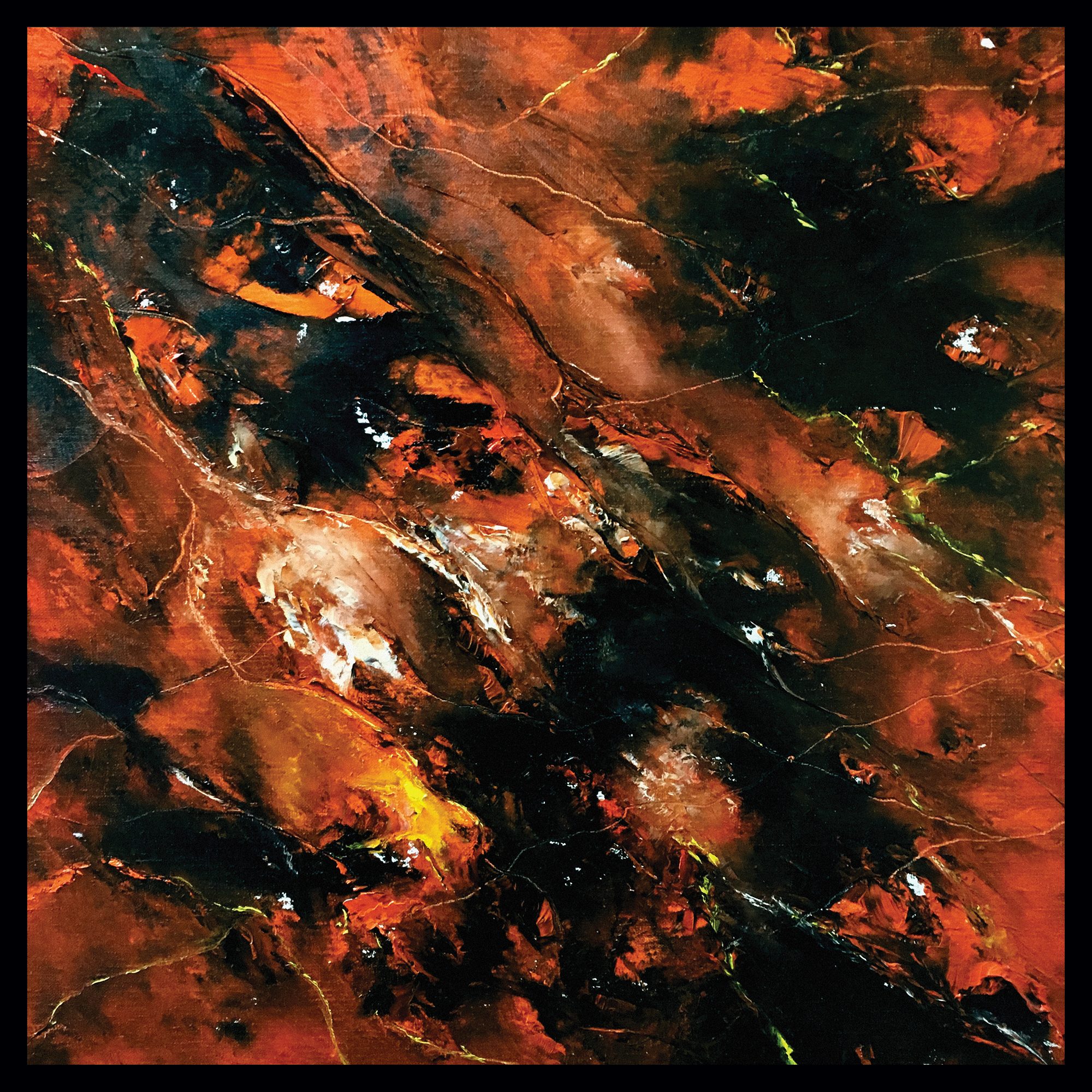 Black metal genre is a very broad genre. Obviously, it is something more than just randomly screaming the place down with an accompaniment of blasting drums and tremolo picking while incantating profanities unto the glory of Satan. And there’s no surprise that every country has its own music customs. That’s exactly why black metal from Norway, France, Greece, Poland or any other country sounds so different. One of the most unique sounds mark Swedish black metal. Taking its inspiration from other music genres, Swedes created their own, extreme, yet very melodious style that is still evolving. Swedish black metal may vary from a band to band and a great example of that is Jordablod.

Jordablod is a Swedish trio from Skåne formed in 2015. Their self-titled EP and later Promo 2016 demo were noticed, but it’s their first full-length album Upon My Cremation Pyre released in 2017 that really drew the attention of fans of black metal. It was quite a cutting-edge piece with its NWOBHM, trippy, psychedelic, second-wave and many other influences and being so different from native bands like Marduk or Dark Funeral. Their avant-garde-like interpretation of black metal attracted a wide interest.

They continue to evolve their style on The Cabinet of Numinous Song. The first impression may be quite deceptive. For me, it sounded a bit like an overwhelming sonic assault sewn with chaos, however after another run-through, its content was more approachable. The album opens with A Grand Unveiling with distinctive and shrill acoustic guitar riffs slowly melting into a heavy blast of sound twined with instrumental parts. It’s a nice choice for an opening track as it gradually bares the album’s potential. The Two Wings of Becoming blends well gushing black metal sounding with some lighter and warm nuances. Next track, Hin Ondes Mystär, fuses innovative slow tempo riffing with howling vocals. With The Beauty of Every Wound starts, in my humble opinion, a better part of The Cabinet of Numinous Song. A mysterious intro quickly turns to a heavy and thrashy cascade of sounds and comes back by the end to evolve, intensifying the mysterious aura and close it with a big question mark, leaving space for the listener’s interpretation. Blood and Rapture bears the go-ahead out with its recurring theme squeezed between blasting beats and spate of sounds and a Motörhead-like riff worked in. The title track is definitely the best one on the album. It starts with a slow, ambient hint and turns into a brilliant, mounting wall of sound with a disturbing riffing touch, just to repeat an opening theme by the end. It brings to mind a picture of someone trying to have a pick into a titular cabinet to reveal its secrets, but the truth is soul-destroying and crashes a mind of this poor daredevil. The last and longest track, To Bleed Gold, deserves to be recognised as a great song. It holds an interesting and odd beginning, often changing texture, other genres’ elements interwoven. Quite a solemn atmosphere created with elevated flow of howls and almost heartbreaking guitars and keyboards. This full Monty summarises well the whole album.

Overall, The Cabinet of Numinous Song presents seven curious glances on black metal. Tracks are well structured in a pretty parallel shape. Low-distorted and clear guitars top up storm of sounds without making it too disjointed. A touch of ambient and a fusion of different styles, genres and sounds add a great variety to the whole work, determining Jordablod’s unique and revelatory style, separating themselves from the rest of the black metal pack. For inexpert ears it may seem a bit overwhelming, but it’s absolutely worth a second chance and a careful criticism. Judging a book, or rather album, by its cover, a stunning and disturbing expressionist painting promises a great mixture of everything mysterious, dark and odd. And that is exactly what you’ll find on The Cabinet of Numinous Song. Give it a try, you won’t be disappointed.

Highlights: The Beauty of Every Wound, The Cabinet of Numinous Song, To Bleed Gold

The Cabinet of Numinous Song is available 24th January 2020 via Iron BoneHead Productions.