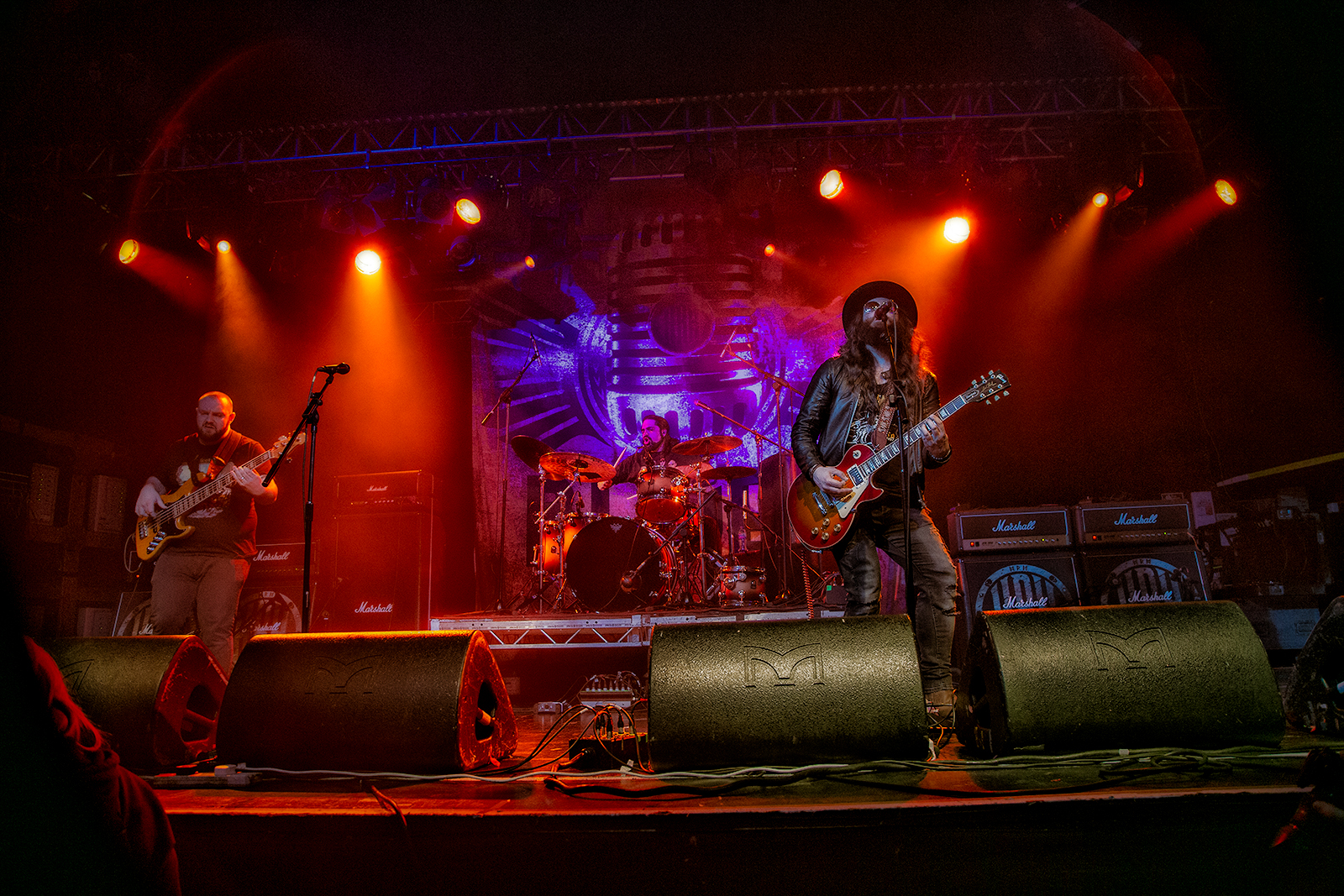 Straight after playing a few shows with his mates Troy Redfern and Mike Ross, under the RHR guise. Mr Hutchinson has announced the release of the single ‘Justified’, which will appear on his forthcoming, second solo album. If you saw Jack recently supporting Kris Barras, you might remember hearing it.

A simple chain of notes as an intro and then Jack’s vocals come in, slightly raised in protest, before the gliding chorus with its soothing harmonies. The song builds in stature getting more and more complex and then there’s a short guitar solo, before it returns to those underlying notes from the start. Extremely catchy, ‘Justified’ is instantly appealing, Jack states that, “there is a certain anger and energy that I let loose on stage and this track is what I’d been searching for.” Have to agree with the otherwise mild mannered, guitarist on that one.

Jack has an incredible writing ability, I love the way he just eases himself into creating that Whiskey Still flavour of blues rock. If this is a sample of what the album will consist of, I can’t wait to hear it.

Accompanied by Lazarus Michaelides on bass guitar, Felipe Amorim on drums, and Alberto Manuzzi on keyboards and produced by Tony Perretta, ‘Justified’ will be released on limited edition red vinyl, CD and across digital platforms, on the 14th June.

In September, Jack and his band head overseas for a tour, before returning to London on the 22nd October to launch the new album ‘Who Feeds The Wolf’ which is due out on October 18th. Look out for the show at Camden’s Black Heart. In 2020 a full UK tour is being planned.

Although Jack has covered the vast amount of money required to record his new album, he still needs to find funds for the actual manufacture and to produce a vinyl version. Any money donated will also help in making the CD format, Video and complete the final mixes. He has set up a crowdfunding account with Kickstarter, in order to do this. The Kickstarter page will go live on 14 June and run until 19 July. For details see HERE

For more information and how to get a copy of ‘Justified’ –