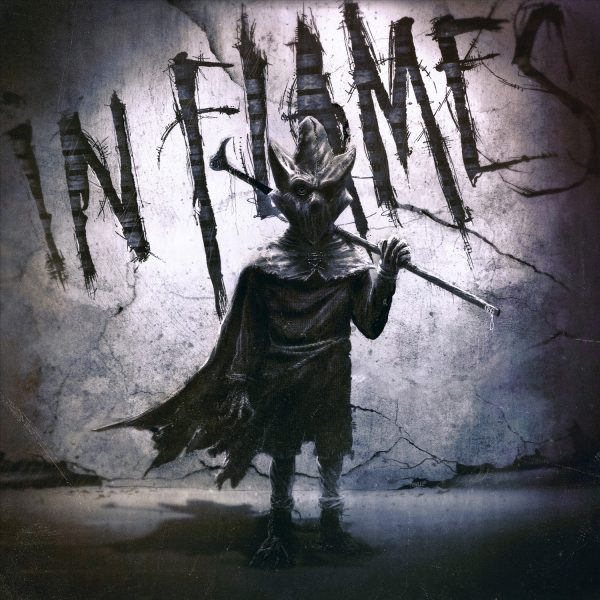 When you have a back catalogue as large as In Flames it is inevitable that new releases are going to be compared to past work. That said, I long ago grew sick of people bemoaning In Flames continued refusal to make another album like The Jester Race or Whoracle, two albums that put them at the forefront of the early 90s melodic death metal scene. A band that does not experiment and develop their sound, whatever direction that may be in, is one that stagnates and becomes dull. Ultimately, those albums will always exist and continue to be enjoyed by myself and many others, but I for one respect In Flames for writing the music they want to write and standing by the results.

With that rant over, I admit that the last In Flames album I paid any serious attention to was 2011s Sounds of a Playground Fading. Both Siren Charms and Battles (from 2014 and 2016 respectively) passed me by in a forgettable blur, there was nothing that grabbed me. I, The Mask suffers from no such troubles. Right from the off it is obvious this is a darker, but at the same time more vibrant record, than In Flames last couple of releases. The opening throbbing electronics for Voices quickly give way to a stomping mid-tempo riff with guitars punching right through the front of the mix, sounding much more prominent than they have done in a long time. The chorus is fairly standard for In Flames, but there is enough to make you pay attention. Title track I, The Mask is where things really kick off. The frantic double kick drumming over melodic lead guitar lines and a drawn-out scream from Anders Fridén will remind many fans why they fell in love with the band in the first place. A chorus that will stick in your head for days is just the icing on the cake. This isn’t the only one that will either. The likes of I Am Above and Burn will go down a storm in a live setting, with aggressive yet melodic vocal hooks begging for audience interaction (although thankfully there are no overly manufactured ‘woahs’ or ‘yeahs’ in there).

Another prominent feature on the album is Fridén’s singing. He has been performing both harsh and clean vocals for many years, but the cleans sound more powerful than they ever have. Call My Name is the best example, seeing him utilise a higher register than is normal for him, but with a confidence that easily carries the fast-paced song along. This, ironically, makes a song with few harsh vocal lines also one of the heaviest. This new and improved ability is put to more use on some classic metal power ballads in Follow Me, We Will Remember and Stay With Me. Unfortunately, confidence and singing ability don’t carry a song on their own, and the first two tracks are ultimately just re-hashed AOR and power metal ideas that will sound familiar to any fans of melodic metal. That doesn’t make them unenjoyable, just unoriginal, and the simple melodies do not bare up to much repeat listening. Stay With Me closes the album, and is a far superior track. Fridén’s emotional delivery, sat alongside acoustic guitars for much of the run time, makes for a dark but uplifting closing statement for the album.

For the most part, I, The Mask has all the classic heavy and melodic elements that modern metal fans could want (although, if you gave up on In Flames prior to Come Clarity then you will most likely remain unconverted). The guitars prominence in the mix and a confident vocal delivery make it more energetic and convincing than the band have sounded in many years. It is not without its flaws: there is one too many power ballads and tracks like In This Life fall flat when compared to the songs around it. But said surrounding songs get you excited and they make you want to scream along, sing along and interact in any way you see fit. That’s what In Flames have been missing recently, and I’m thrilled that they have made me pay attention again.

Highlights: I, The Mask, Burn and Stay With Me.

I, The Mask is released on Friday 1st March 2019 via Nuclear Blast Records and can be purchased here.