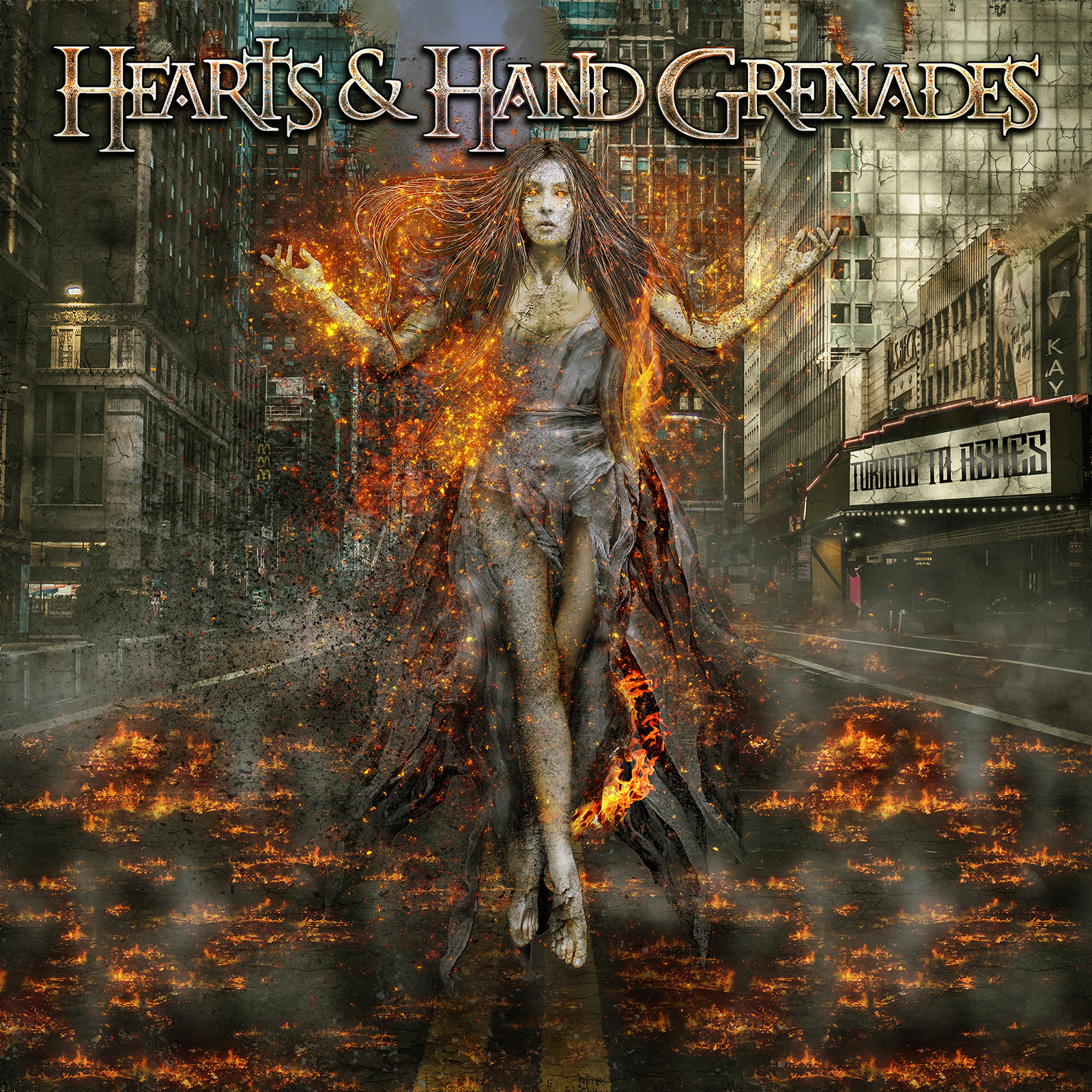 A feel-good, empowering album for all generations of rockers, ‘Turning to Ashes’ sends a message of finding yourself and finding power. I’m a first-time listener of the American Hard Rock group from Buffalo NY but believe me, this won’t be the last time.

Hearts and Hand Grenades, who got their first taste of the music scene supporting Multi-Platinum rockers the Goo Goo Dolls at the annual charity event Variety Kids Telethon, have released this 8 track album to follow on from their debut EP released back in July 2019, and its a hell of a follow-up.

The decision to put title track ‘Turning to Ashes’ at the forefront of the album works incredibly in their favor, it’s ‘not here to mess about’, all in, beginning hitting the mark straight away. The hard rock, punky vocals of frontwoman Stephanie Wlosinski, emphasize the song’s message of feeling like you don’t fit in with a headstrong attitude. The group’s ‘explosive’ style to their music continues through to ‘For The Weakened’, a strong anthem track that gets the blood pumping and gets you to “raise your fists” as it promises.

Gritty guitar melodies continue into ‘Daggers’, supporting a lesson about letting go, the drum beats sure as hell don’t let you go and vocals that ooze conviction keep its energetic beat constant. If you’re looking for some sort of interval to this pep, ‘I hide’ is as slow as the album gets, and even then the slower tempo, isolated guitar, and vocals barely last a minute before the chugging melody builds back in for the chorus. A chorus of only 2 lines creating short bursts of energy throughout, contrasting beautifully with the steady resonating vocals of the verses.

Just past halfway into the album we are gifted ‘Adrenaline’, which might have to take the top spot as my favorite track on the album. It’s expertly pieced together, from the subtle heartbeat backing track throughout to the electric solos and thick drums. Even right on through to the increased tempo at the apex of the song, it simply radiates adrenaline. Building up and plunging into the first single from the album ‘Nothing Left’ which takes a strong emotional narrative. Telling the story of ending a toxic relationship and regaining power the strong guitars and fast-paced vocal style portray the anger and emotion really well and the mid-song breakdown of stripped-back vocals, bass and drums portray even more vulnerability.

The second single from the album ‘The In Crowd’ catches you off guard by combining smooth bluesy style verses, with hard punk choruses, a pairing that while questionable at first, can swing your opinion the more you listen to it. While it isn’t one of my favorite tracks on the album, the transition between the two styles throughout has to be commended as they complement each other well.

Often artists can forget to make the finale of their album as clean and composed as the beginning, but this is one record that doesn’t fizzle out. The classic hard rock layout of ‘My Sickness’ is what brings this album to its end. The symbol heavy and head-bang provoking metal riffs throughout keep the energy up till the last note!

If I had to pick just one thing Hearts and Hand Grenades do well it’s their craft. The whole album, from lyrics to riffs to song order – they had it all planned out. Allow this album to pull you in and get those choruses stuck in your head.

The full Album ‘Turning to Ashes’ will be released worldwide on 08/01/21 via Eclipse Records and will be available to purchase here.