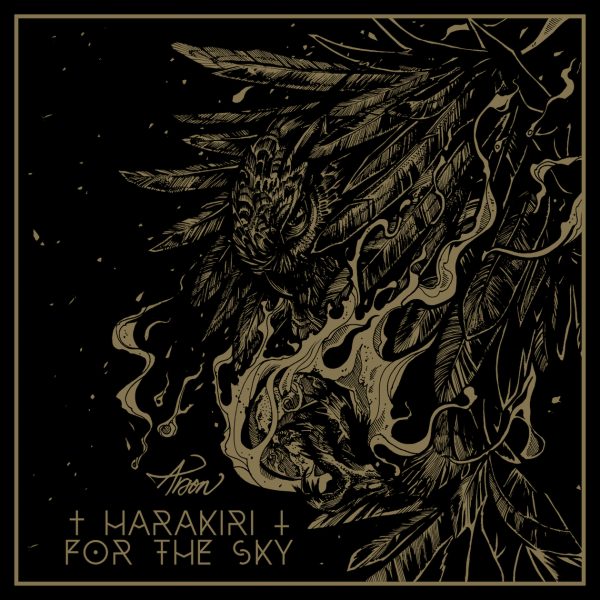 This review is going to veer away from my normal style. I am, as a general rule, a fan of black metal in the same way I’m a fan of salt. I enjoy it when used to enhance an existing dish, but I wouldn’t want to consume an entire meal of it. However, those of you who’ve skipped ahead to see the final score for this review will notice that I have thoroughly enjoyed this post black metal album. This review is going to be focussed on explaining what sets this album apart from a lot of black metal for me. I shall hopefully do so whilst avoiding any more unfitting food metaphors.

First of all, I’d like to praise the production on this album. It’s crisp and clear, each instrumental line of each song is easily audible. This is essential for this albums success, as there is so much layering of guitar lines, from chunky rhythm riffing to tremolo picked lead lines that sound lie they could have come from an Iron Maiden album. With the usual lo-fi black metal production style all this detail would be lost to the listener. This production style has led to the album becoming better and better on each subsequent listen as I can pick out more and more details that I’d previously missed each time I hear a song again.

The song writing scope on this album is breath taking. All but the final track, Manifesto, are over eight minutes in length, but never seem to drag. They feel like three-minute bursts, which is the mark of excellent song writing. More than this, however, all the tracks feel like complete journeys. Opening track Fire, Walk With Me is an excellent example, from its quiet piano led intro through thick densely layered black metal with almost hard rock rhythm guitars, building intensity until breaking into a calm reprise of the intro, before smashing back in with the triumphant chorus. This is the perfect demonstration of what this album has to offer. Add to this the use of restrained guitar solos that are functional in furthering the melodic direction of the songs and you have everything great about this album.

I would be remiss to go through this entire review without mentioning the best part of this album. The final track Manifesto. This song condenses the concepts and structural exploration of the previous seven tracks into a five minute almost ballad, featuring a beautiful female melodic vocal. This brings the most emotionally affecting moments of the album. This track shows just how versatile HFTS can really be. Especially when the female vocals become just another instrument added to the dense canvas towards the end of the song, adding a depth of melody as yet unmined on the album. I would love to see HFTS experiment with clean vocals more in future projects, especially using them more as a different instrument in the canvas as opposed to standard vocal delivery.

In Arson HFTS have delivered an album so beautifully breath taking and full of depth that it has woken a curiosity in me to discover more post black metal in this style. For a band from such a niche genre that is a hell of an achievement. The melodies here are undeniable. The depth of instrumental layering is stunning. The vocals are emotionally affecting. This album is a serious contender for album of the year.

Highlights: Fire, Walk With Me, Manifesto

Arson is out 16th February 2018 via AOP records. The album is available here.

Harakiri For The Sky have been interviewed by Jim Saunders for Midlands Metalheads Radio. The interview can be found here, and will be played on his show In The Pit on 15th February between 8 and 10 pm, along with a few tracks from the album.