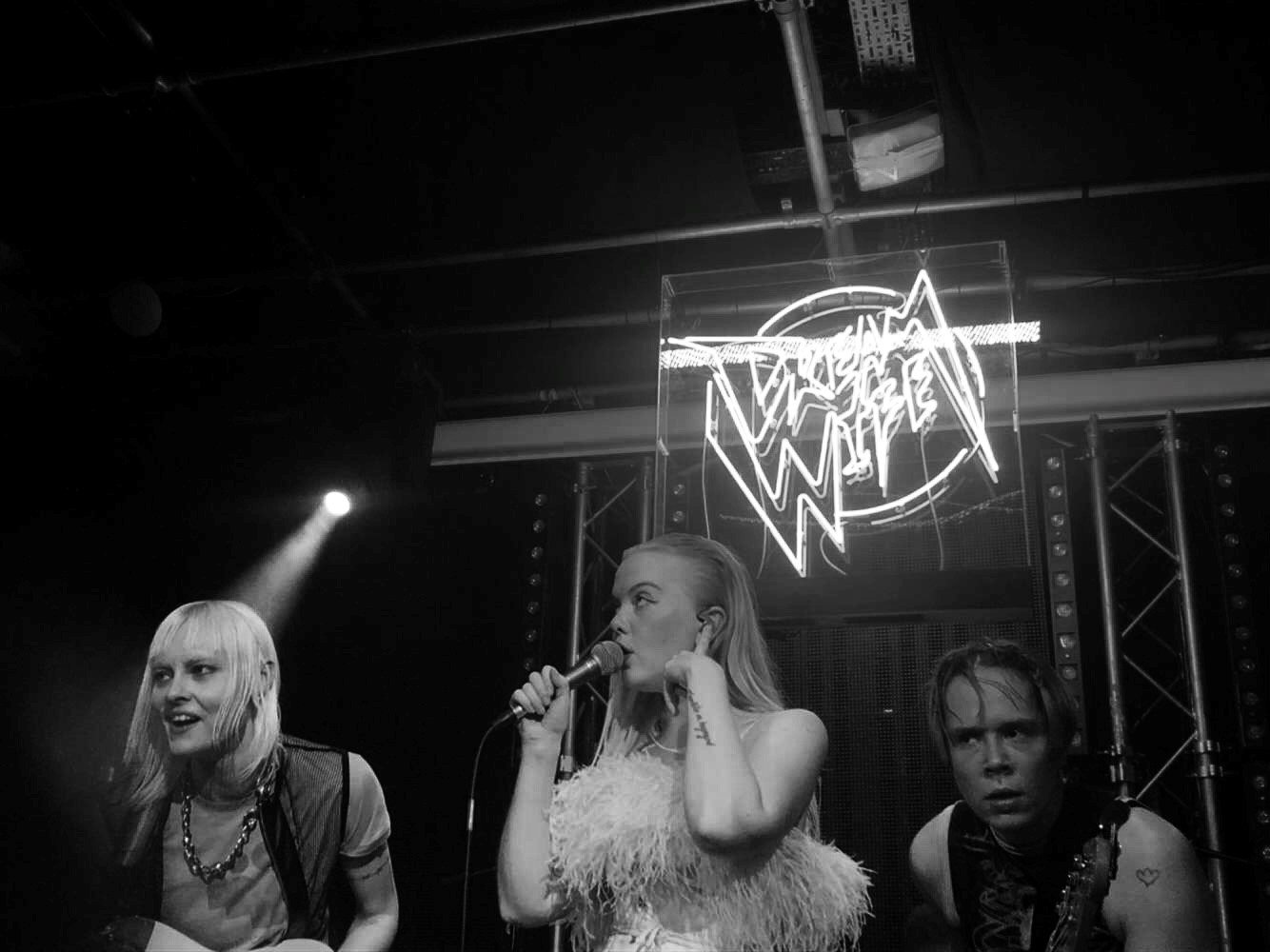 Dream Wife are a Brighton trio who create feminist garage rock songs tackling topics such as gender constructs and sexual objectification. Releasing their debut album in 2018, Dream Wife have been growing their queer, femme audience ever since.

The band’s supports were absolutely excellent, with Chemtrails opening, shortly followed by Lucia and the Best Boys, who the crowd went wild for, especially when they played their most famous song ‘Perfectly Untrue’. It was affirming to see Dream Wife sticking to their goals, selecting these bands in order to support their fellow “bad bitches”.

Opening up the show with ‘Hey Heartbreaker’, this angsty tune instantly captured the audience, as the dancing (and moshing) began. They then followed this with ‘Hasta la Vista’ and ‘So When You Gonna’, these classics off their debut album getting the crowd going wild.

Following this they played a new song ‘Hot’, an absolute banger which demonstrated a hilarious hypocrisy with the lyrics “don’t date a musician”, which everyone seemed to absolutely love.

They also played my personal favourite, ‘Somebody’, and before, spoke about the aims for their gig, ensuring that everyone felt safe, respected each other’s boundaries, and had a great time. They also then diverged into a motivating and important speech about how gender is a construct, and the audience exploded with respectful agreement and appreciation, as they screamed out the lyrics: “I am not my body, I am somebody”.

From their other album ‘So When You Gonna’ (2020) they also played ‘Sports!’ a fun song which everyone reacted amazingly to, singing along at the top of their lungs. They named half the audience ‘Player 1’ and the other half ‘Player 2’, encouraging further participation which made the gig even more interactive and exciting.

A few other new songs were played too, which although they haven’t been released yet, and so no one knew, everyone absolutely revelled in the beautiful and exciting new music.

FUU (Fuck You Up) really engaged the audience too, as the band reiterated how the only thing that you must do to be a “bad bitch” is to support your fellow “bad bitches”, reinforcing the amazing community vibe that the gig created.

Finishing the gig on a high, Dream Wife ended with ‘Let’s Make Out’ a queer classic that enticed the audience beautifully, as this gorgeous community celebrated their queerness together for the final time.

Coming about half-way through the tour, this gig was their first sold-out show, and you could really tell. The band spoke of how Manchester crowds make them feel at home, and this crowd did not disappoint. Immersing themselves into the atmosphere of the gig and throwing themselves into the mosh pit, it felt as if everyone had found a place that they could be themselves.

This gig was immense, and created a unique atmosphere like no other, thriving off the safety and happiness that the band created. Overall, if you’re queer, a femme, or love garage rock, this is the band for you. So, if one of their remaining tour dates is in your neck of the woods, or even if not (they’re worth travelling for!), I can’t recommend seeing them enough.

‘This gig was immense, and created a unique atmosphere like no other, thriving off the safety and happiness that the band created.’

Highlights: Somebody, Hot, Let’s Make Out

‘So When You Gonna…’ is available via Lucky Number from 2020 and can be purchased here.