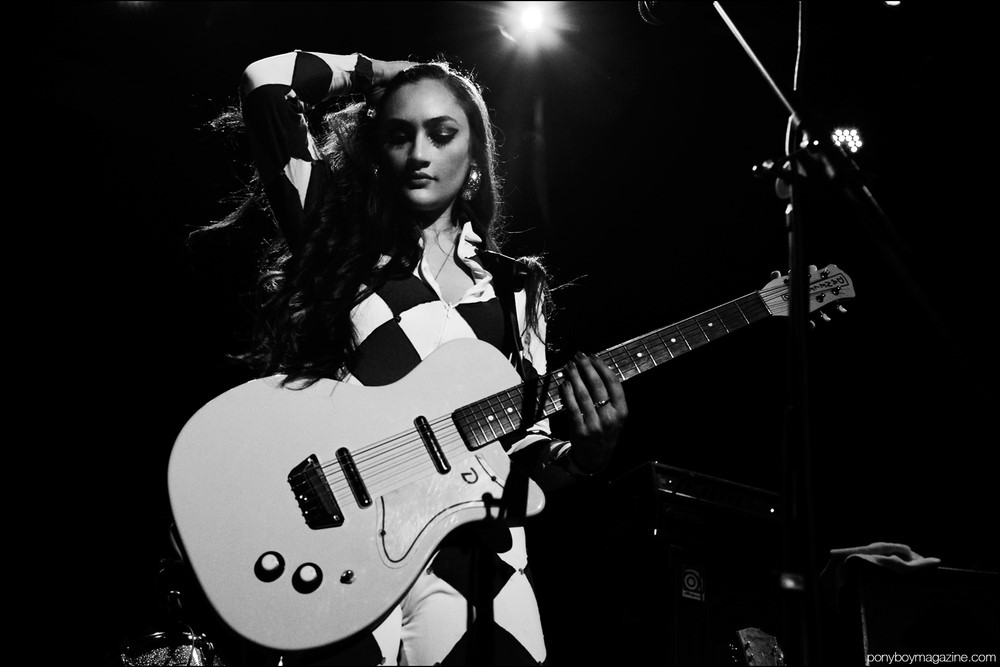 Born in Camden Town, Kitty Liv started up her music career at a young age, in family band Kitty, Daisy and Lewis, who sold over a quarter of a million records. With influences such as Amy Winehouse, Erykah Badu and Howlin’ Wolf, Kitty Liv perfectly captures a gospel, bluesy sound, just herself and an electric guitar, framed by a single spotlight. The emotionality of her music is absolutely enchanting.

Kitty Liv supported Beans on Toast on his last tour, and I attended the Manchester and Brighton dates. Opening for both the shows that I saw, Kitty Liv did what many couldn’t, and captured the audience’s attention instantly. Opening with ‘The Doctor’ and following with ‘Neck on the Line’ Kitty gave everyone a taste of what she’s about; and everyone loved it.

She then played ‘Just One Kiss’, a tune released with her family band in 2017, but it was a whole, new, and exciting vibe to see the song played solo on electric guitar. She also played one of my personal favourites, ‘I’m Coming Up’, a song about the whirlwind that is falling in love and being on drugs. Another of my favourite songs that Kitty played was ‘The River That Flows’, a song about getting on with life, taking its twists and turns in your stride, and going with the flow.

Beans discovered Kitty when she was 9 years old playing harmonica in a pub, and you can really tell. She is hands down the best live harmonica player I’ve ever seen. Kitty finished off her set with ‘Keep your Head up High’, this spoken word piece along with the addition of impeccable harmonica skills got the audience going absolutely wild, with absolute and genuine shock as she continued the tune without any hesitation, controlling her breath amazingly.

Amongst other Kitty Liv songs is ‘This Lovely London Summertime’. This summery anthem reminds me of being young, suffering with seasonal depression, but being saved by the sun. This song is a celebration of youth and happiness as she talks of how “the days are getting longer” and her “anxiety is no longer”. She has also released a cover of Berry Gordy and Jeanie Bradford’s ‘Money (That’s What I Want)’, in which she takes the rhythm and blues sound of this song’s original tune, and combines it with the rocky electric guitar sound that she creates, in order to produce a new and exciting take on this old-school classic. These songs are both available on her EP ‘The River That Flows’, which is out on Spotify now.

Although Kitty’s influences are clear, her own, unique talent shines through just as much, enabling us to see the way in which she responds to music, but makes it her own. With just under 500 listeners on Spotify, Kitty Liv may not be the biggest artist, but she is definitely one of the most musically-gifted artists that I have ever come across. So, if you’re into blues, rock, or the likes of Amy Winehouse, get on down to Kitty’s website, in order to stream her songs and support this amazing new up-and-coming artist.

“With influences such as Amy Winehouse, Erykah Badu and Howlin’ Wolf, Kitty Liv perfectly captures a gospel, bluesy sound, just herself and an electric guitar, framed by a single spotlight.”

Highlights: I’m Coming Up, The River That Flows, This Lovely London Summer Time

Links to Kitty Liv’s music are available via her website, here.