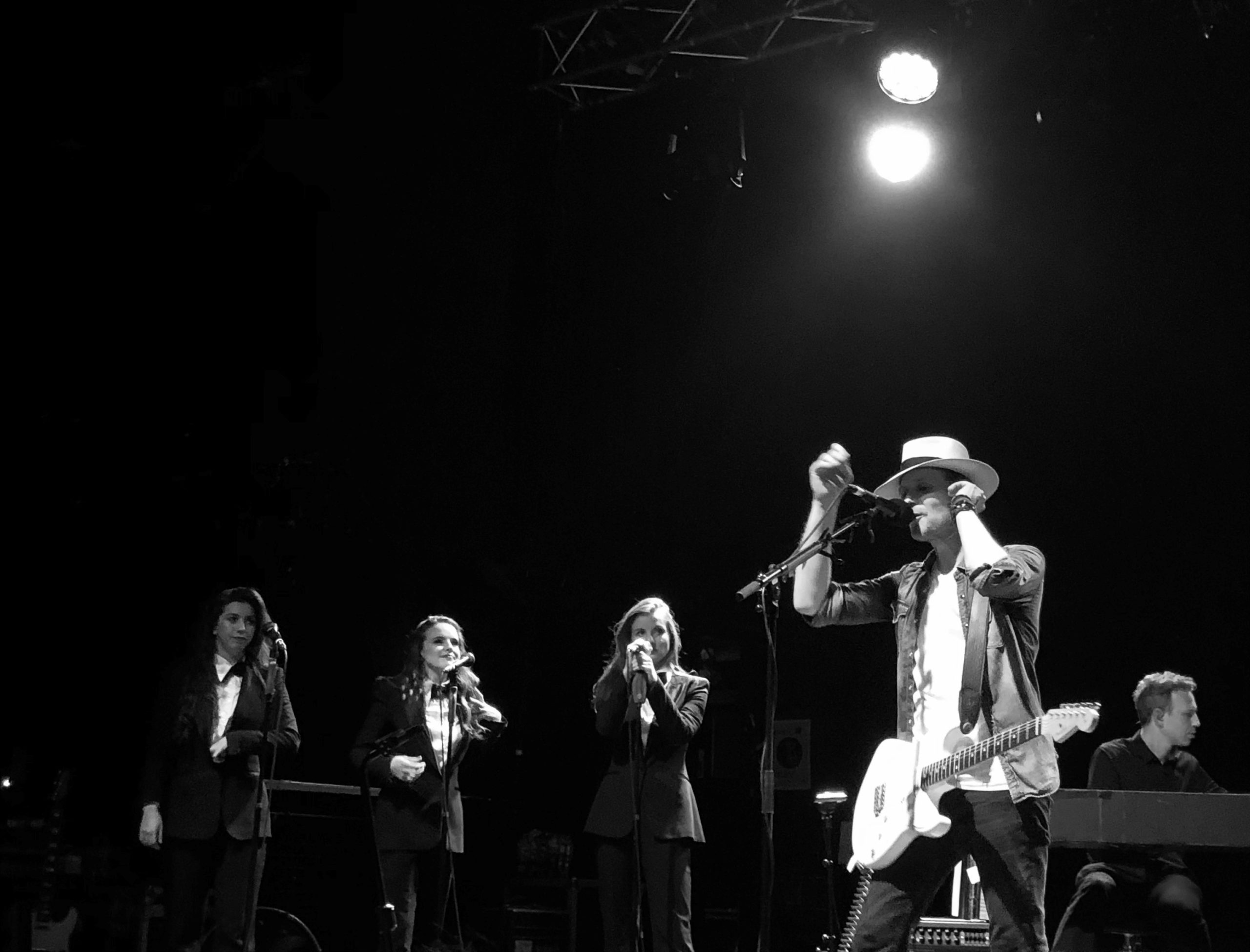 Following the last time that I saw The Fratellis, at a festival in 2019, this Scottish trio have inexplicably grown and progressed both maturity and music wise. Releasing their debut album ‘Costello Music’ in 2006, The Fratellis took the world by storm, with a series of what seemed like one hit wonders but they just kept coming! Songs such as ‘Chelsea Dagger’ and ‘Henrietta’ were a given, but even ‘Vince the Lovable Stoner’ and ‘Ol’ Black and Blue Eyes’ were appreciated additions to the set. These nostalgic anthems got all the hardcore fans going insane, and even the younger generation managed to join in for the choruses.

Coming out with a bang, The Fratellis opened up with ‘Henrietta’, an old classic, which captured the audience’s attention instantly. Following the 2-year wait of this covid-delayed gig, the anticipation made for an explosion of serotonin the second that they struck the first chord.

From their new album, Half Drunk Under a Full Moon (2021), they played ‘Living in the Dark’, which very few people seemed to know, but everyone seemed to enjoy. They also played ‘Six Days in June’, which was released as a single in 2021, and really got the crowd going. Whether the fans were old or young, everyone joined in for this pop rock anthem. This was especially great to see live with the band’s new additions of the brass section (Ryan Quigley on trumpet and Paul Towndrow on saxophone) and backing singers The Wild Tonics, who all brought the song to life with an illuminating quality.

It was nice to see a variety of ‘Eyes Wide Tongue Tied’ songs too, with ‘Baby Don’t You Lie to Me’ beautifully following Henrietta at the beginning of the gig to maintain crowd momentum; and ‘Too Much Wine’ also really picked the crowd up at the turn of the gig not long before the encore.

They also played their cover of Baccara’s ‘Yes Sir, I Can Boogie’, which as the song always intended, got everyone dancing and singing along tremendously. This rock’n’roll take on a classic tune worked perfectly, capturing the audience’s attention, and encouraging everyone, to dance along to this infectious song.

Now although perhaps a cliche move, saving ‘Chelsea Dagger’ for the encore had to be done, and what a fab ending it was, the whole crowd becoming one huge body of exhilaration the moment the song began.

But, to top it all off, to much of the audience’s surprise, The Fratellis closed the show with a rock’n’roll take on ‘Runaround Sue’ (Dion), ending on a high, and solidifying the gig’s created community.

The Fratellis withheld their new album after covid hit, and so it actually only came out last year (originally it was supposed to be 2020), and so, if you like Scottish rock that makes you want to boogie, head on down to The Fratellis online store, or your favourite streaming service, and stream ‘Half Drunk Under a Full Moon’ now; you won’t be disappointed!

‘Now although perhaps a cliche move, saving ‘Chelsea Dagger’ for the encore had to be done, and what a fab ending it was, the whole crowd becoming one huge body of exhilaration the moment the song began.’

Half Drunk Under a Full Moon is available via Cooking Vinyl from 2nd April 2021 and can be purchased here.