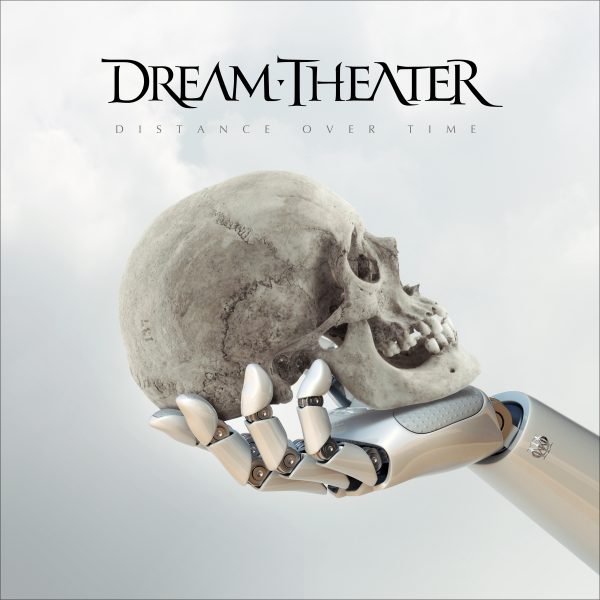 With Dream Theaters last album, The Astonishing, they achieved the, ahem, astonishing feat of making fans finally stop arguing about a certain ex-drummer. Not through any unifying love of a brilliant album mind you. No, instead a new rift was formed between those who thought that the two-hour rock opera was a stroke of modern musical genius and those who branded it an overlong progressive rock cliché. This time around, Dream Theater have performed a complete U-turn and have headed ‘back to basics’: or as basic as it comes for a group of highly talented musical maestros anyway. The band locked themselves away for a few months last summer, living together throughout the entire writing and recording process (a first for the band apparently), to produce their latest contribution to the progressive music scene: Distance Over Time.

As it was the first single released for the album, opening track, Untethered Angel, will already be familiar to many fans. Right from the opening notes it is obvious that this is a much darker record, with an initial vibe similar to 2013s self-titled album: dark riffs and big sing-along choruses coupled with Dream Theater’s trademark interplay between the guitars and keyboards. This musical interplay comes to a peak just after the solo section with a harmonised melody reminiscent of classic Maiden/Priest that is just beautiful to behold. This heavier and more energetic feel is continued in tracks like Paralyzed and Room 137, both shorter tracks that focus on keeping a heavy groove rather than going off on any instrumental tangents. The band often talk about the influence that Deep Purple had on them as musicians, and this comes across in bonus track Viper King, where the trading of solos and riffs between guitars and keys sounds like a modern take on that classic Blackmore/Lord musical combo.

Those who crave the peppy prog-rock elements need not be disheartened though. Barstool Warrior brings the upbeat riffs and brass sections yet combines cheerful backing melodies with mournful basslines to show that the band won’t just fall back on tried and tested formulas. Out Of Reach reigns back the pace with the kind of piano ballad that sounds like Disney creating a prog-rock sound track. It also helps that it comes across as more heartfelt and sincere than anything managed by The Astonishing.

The shorter tracks show Dream Theater at their heavy and hook-laden best, but their insertion throughout the album also provides a great contrast to the more musically immersive longer tracks. Fall Into The Light shows the band at their experimental best. Riffs and rhythms of differing styles seamlessly move between each other, and poor James LaBrie has very little singing to do after the first couple of minutes. The coast is left clear for guitarist John Petrucci and keyboard player Jordan Rudess to bounce melodies off each other before Petrucci delivers one of the best solos of his entire career, one that easily disproves any who claim he is all about shredding with no ‘feel’.  At Wits End is the real magnum opus of the album: it simultaneously has some of the albums most technically impressive musical feats alongside its catchiest moments. Yes, one of the solos almost outstays its welcome, but that is the only flaw in the track that has everything a Dream Theater fan could want and more. I imagine that many will argue that the other nine-minute track, closing piece Pale Blue Dot, is the superior of the two, but for me there isn’t much between them from a technical stand point, so At Wits End swings it with the better chorus.

Distance Over Time is the sound of a band with a renewed energy and focus. Dream Theater have taken three decades of musical experience and experimentation and combined it with a heavy energy and enthusiasm to make some of their most vibrant work since Images & Words. I have a very hit & miss relationship with Dream Theater albums, but this album has me more excited about them than I have been in a long time. Yes, there is much that will feel familiar to fans, but it is an album you will come back to again and again, whether that be for the soaring vocal melodies, the crushing riffs, or the constant search for musical nuances that you haven’t spotted yet. And that is what a progressive album should be: you shouldn’t get it in one listen but there should be elements that hook you and keep you coming back for more. If this is what happens when Dream Theater actually sit down in the same room to write music, then they should really do it more often.

Highlights: Untethered Angel, Fall Into The Light and At Wits End.

Distance Over Time is available on 22nd February 2019 via Inside Out Music and can be purchased here.