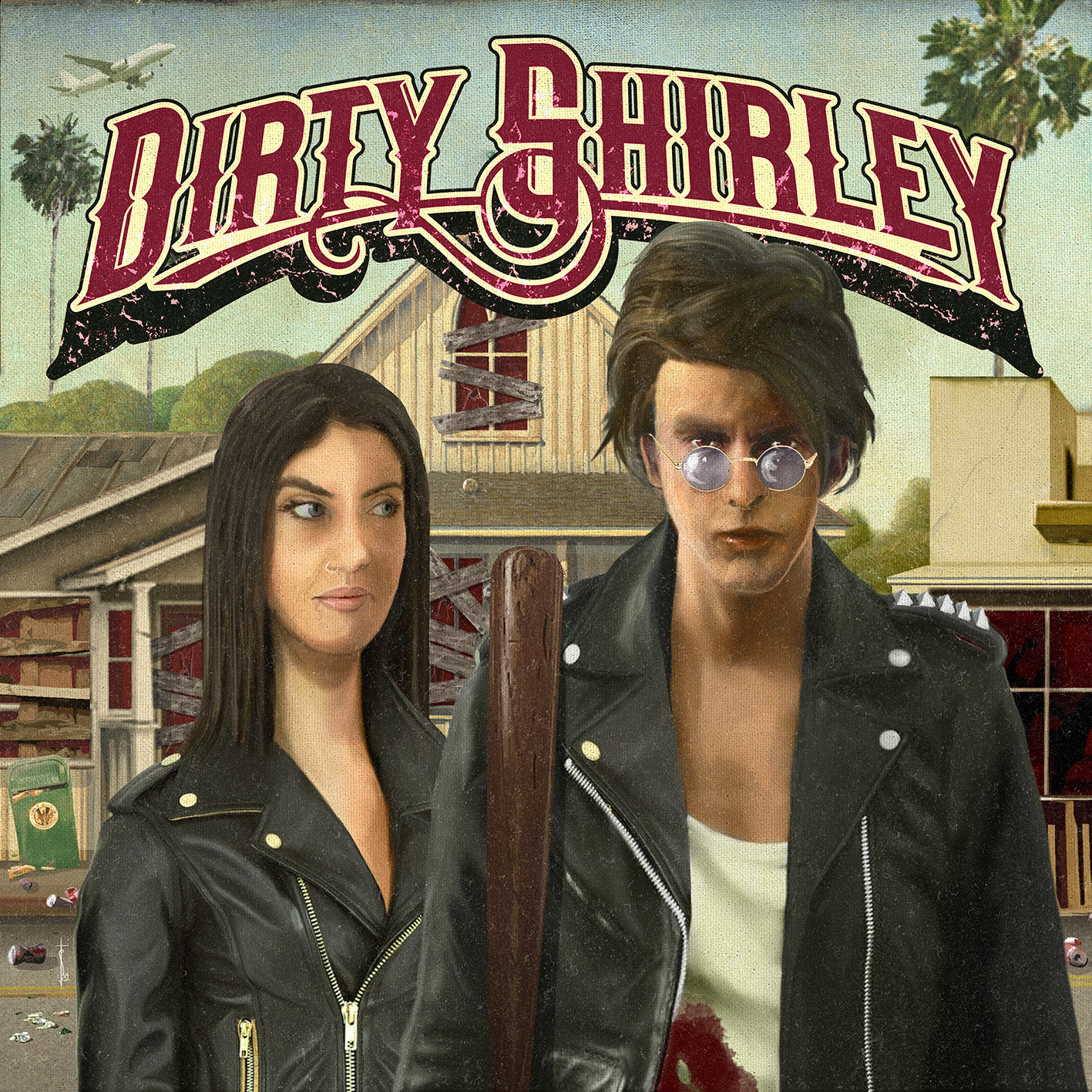 After over 40 years in the music business and with at least 30 albums to his name, George Lynch is still keeping himself occupied. The Dokken guitar god still plays with Lynch Mob and KXM now and again, he also gets involved with Mr Scary handmade guitars. This latest coalition is with Dino Jelusick on vocals, who is well known for fronting Animal Drive and being with the Trans Siberian Orchestra. Being hailed as having a voice crossing the likes of Dio and Coverdale, I was a bit sceptical, until I listened to this album.

An epic at over 6 minutes long ‘Here Comes The King’ is the opening track. With drums from Evanescence man Will Hunt, it starts with quite a powerful punch. Then the tempo steadies into a mix of soulful guitar and shrill vocals, pulling up before another onslaught to finish. Loads of guitar magic, as you would expect. It is evident from this first number, Dirty Shirley is going to be an entertaining album. ‘Dirty Blues’ has been out as a single for a while now, it’s a messy combination with subtle tones from Lynch and has a more rocky stance than blues, Dino does some fine vocals that make it Coverdale/Whitesnake inspired. The third track ‘I Disappear’ is something else altogether. Lasting nearly 7 minutes it’s incredible, I can hardly believe this is the same singer, so low and dark, his range is exceptional. Solo guitar pieces front a foreboding rhythm section, like a storm brewing, it’s almost apocalyptic.

Then follows a softer approach with ‘The Dying’ and another edge to Dino’s sword, a mellow yet strong ballad and some of the highest notes capable of a human being. ‘Last Man Standing’ speeds things up again, with smooth strings mid way and then has an abrupt ending. The eighth song ‘Cold’ is deep and disturbing, in a good way. There are more risks taken and it has an edgy riff, before hitting into a mother of heavy funk. Got to be one of my favourites on the album. ‘Escalator’ is pretty much 12 bar blues, Mr Thorogood style. A play on the bass, makes it touch gutter level, before it rises in the middle with more of Lynch’s perfect touches. Quite a turnaround and it makes sure this debut album isn’t without some fun and more laid back moments. That goes for the final song as well ‘Grand Master’ a simple acoustic jam of a number, with resonant and clear guitar. Everything is stripped back, the vocals echo and mellow sounds reverberate.

Fans of Dio, Whitesnake and Badlands will love Dirty Shirley, this young guy from Croatia must be heard, to be believed. I hope Mr Lynch has time to take this band on the road, it would be an amazing show.

Dirty Shirley will be available in a multitude of formats care of Frontiers Music Srl .

‘Fans of Dio, Whitesnake and Badlands will love Dirty Shirley’.