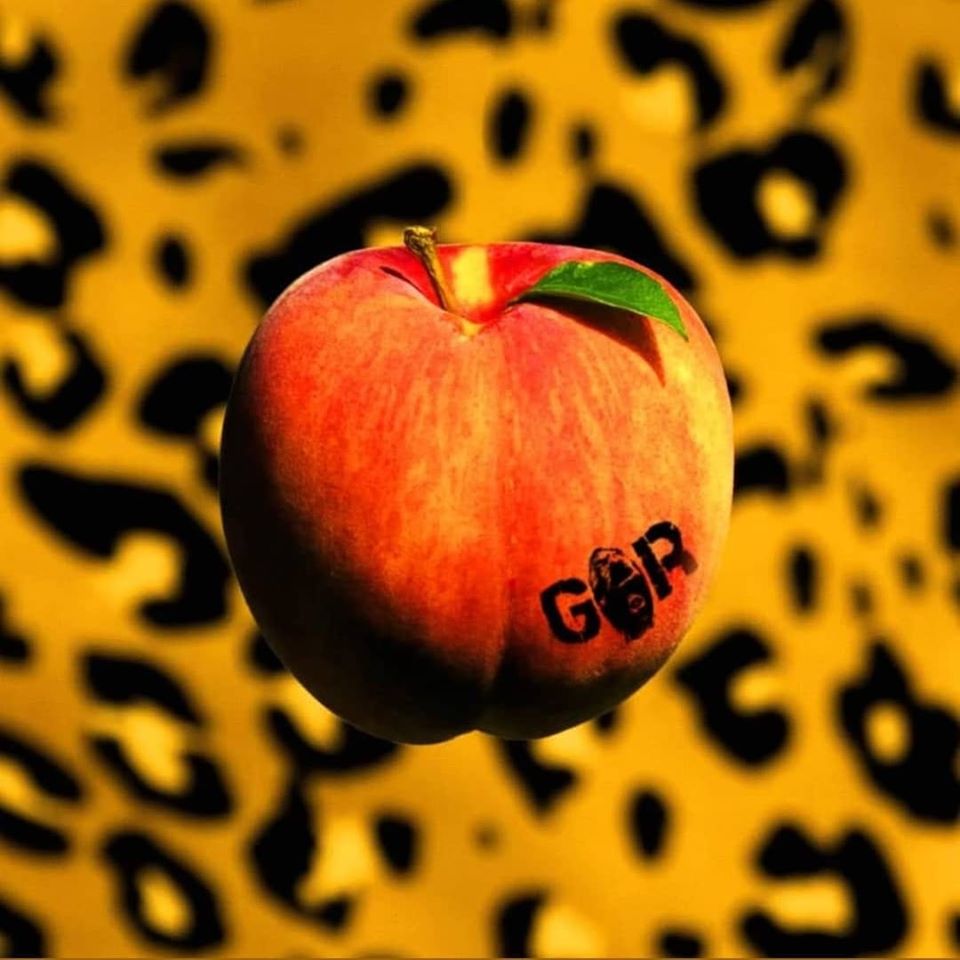 Gorilla riot are one of those groups that falls into the NWOCR bracket, but they can also fit perfectly alongside established blues, grunge and Southern rock bands, such is their mature style and versatile delivery. I first saw them at the renowned Breaking Bands Festival in 2018 and they captured my attention right there and then. I remember an acoustic set, in the outside marquee that was truly astonishing. They have come a long way in the last 2 years and finally we have an album.

With ‘Riders I’ as an overture, Peach has an introduction like the start of some epic film. ‘Riders II’ follows and is in the same vein, you can picture some ancient army marching towards the sunset, there’s a such momentous feel to it. It has a grunge type riff with some solo guitar and vocals from Arjun Bhishma that add another edge. ’Still Doing Time’ kicks off with more down to the bone vocals and clever guitar that repeats and draws you in. The next track ‘Mind Your Head’ reminds me of those early 60’s songs from British blues bands, simple vocals with a straightforward mix. It has more streaming guitar and a gentle chorus that brings it to a close. ‘Half Cut’ returns to the slow and groove infused twang that Gorilla Riot are known for. A heavier rumble, it also has descending lyrics and pumps along with even more catchy guitar pieces from Liam Henry and Charly T.

Into the second half of the 12 tracks, ‘Help The Guilty’ has so much structure. A building lament, of Seven and a half minutes with a steady beat, that breaks midway into instrumental solitude. Again the guitars provide amazing solos and the drumming, from the now former sticks man David Thomas, control the rhythm. The latest single is ‘Black Heart Woman’ it has just been released. A sorrowful start, it eventually rises to become a flowing anthem and I see why it was chosen, as it has loads of potential for Radio Stations to blast out. ‘Prayer for Suckers’ gets your head nodding, like that toy dog on the car dashboard. The masters of UK groove and stoner rock, launch into this one with no holds barred. A brilliant hook from the start and it has such an uplifting spirit. With sing along lyrics and screeching guitar breaks that define GR at their best, I particularly like this one.

A slow bass drum, pounds away to pulsating guitar on ‘Beat Your Bite’ before it takes hold, with Arjun delivering vocals that are smooth and glue the track together with a chanting chorus. Another one that has outstanding guitar and defining bass lines care of James Degnen. The final offering ‘Chuggin’ is a rebellious stomp, messed up and more loose. A storming and heavy laden chug to finish on indeed.

Packed to the hilt with groove, well thought out and incredibly well written, Peach is a must have. We are still only in January, but this will surely be one of the best albums of the year.

Or from the bands web page, you can pre-order your preferred bundle of PEACH – HERE

Former Gorilla Riot drummer David Thomas contributed his talents to the songs on this album, however, newest member Will Lewis (ex-Voodoo Blood) has firmly snapped into place in the GR lineup.